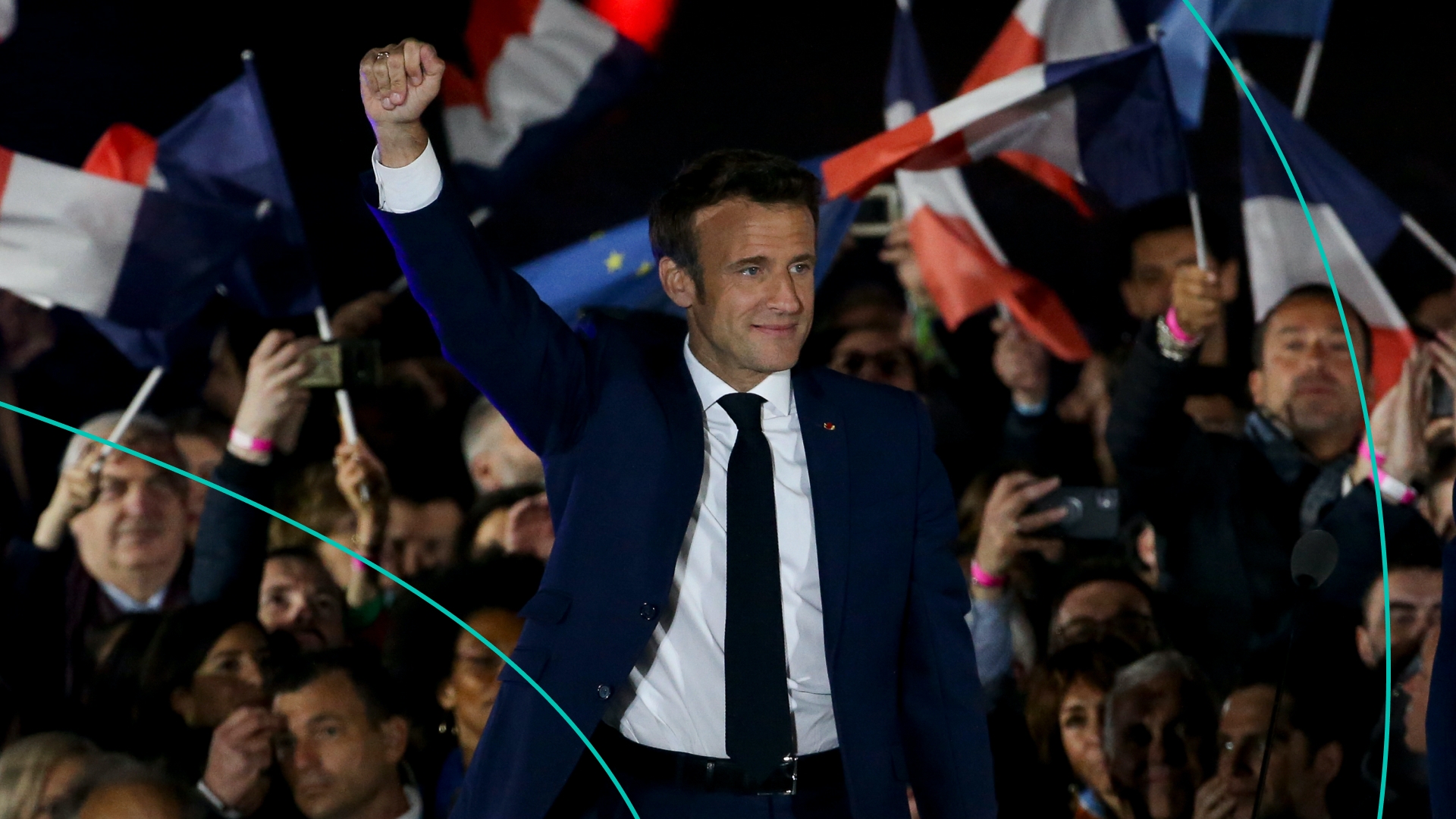 France is sticking with its président.

The very one. In 2017, centrist Macron beat far-right Marine Le Pen with 66% of the vote. At 39 years old, he became France’s youngest leader since Napoleon. Fast forward five years and France got a rematch. But this time, his's win was narrower: 58.5-41.5%.

A bunch of reasons. Macron has been trying to attract foreign business, set up carbon taxes, and reform France’s social programs. But hundreds of thousands of protesters weren’t having it. Add in COVID-19 and inflation and the French seemed prepared to do their usual: kick incumbents to le curb.

So why didn’t they?

Le Pen. Her party’s previous leader (Le Pen’s father) infamously dismissed the Holocaust as a “detail” of history. Today, Le Pen is pitching voters on a platform that is anti-immigrant, pro-tax cuts, targets Muslims, and weakens the EU. She has also cozied up to Russian President Vladimir Putin. With her loss, the EU is breathing a sigh of relief.

Le Pen conceded but is calling her gains a “shining victory.” She says her party will be back for legislative elections in June. Meanwhile, Macron acknowledged the anger of those that voted against him.

Macron is the first French leader to get reelected in two decades. But over 13 million people in France still voted for the far-right. And 28% of voters decided to stay home, the highest percent to abstain in over 50 years. That’s not nothing.

Who wants to buy buy birdie…

Elon Musk. Yesterday, the Tesla CEO met with Twitter to discuss his “best and final” $43 billion offer. In recent weeks, Musk — the world’s wealthiest person — bought a 9% stake in Twitter and has even proposed taking it private. The reason: Musk claims that Twitter wasn’t fulfilling its mission of free speech. (It could have been an impulse pandemic buy, who knows.) Twitter didn’t immediately take the bait. Instead, the company has moved to prevent Musk from buying more than a 15% stake. Now, it’s come out that the company’s been meeting with Musk behind the scenes to negotiate over his offer amid shareholder pressure. Enemies-to-lovers plot here we (maybe) come.

Gun deaths. New CDC research has found that guns were the leading cause of death among US children in 2020 — killing more than 4,300 kids and teens. That number, up nearly 30% from the year before outpaced deaths from car accidents and cancer. And was driven largely by firearm homicides — not suicides. It's believed to be connected to a rise in gun ownership during the pandemic. More than 5 million children now live in households with guns. Authors of the study say kids need to be saved from these “preventable” causes of death.

Orrin Hatch. Over the weekend, the longest-serving Republican senator died at 88-years-old. The conservative Utah lawmaker served a total of 42 years (under seven US presidents) before retiring in 2019 — clearing the way for Sen. Mitt Romney (R-UT) to take his seat. Hatch was known for supporting religious freedom, tax cuts, limiting abortion, and expanding children’s health insurance. He also worked with lawmakers across the aisle in support of the DREAM Act. Politicians from President Biden to Hatch's Utah colleague Sen. Mike Lee (R) remembered the late senator as a “fighter” and “a giant of the Senate.”

Who received a standing ovation...