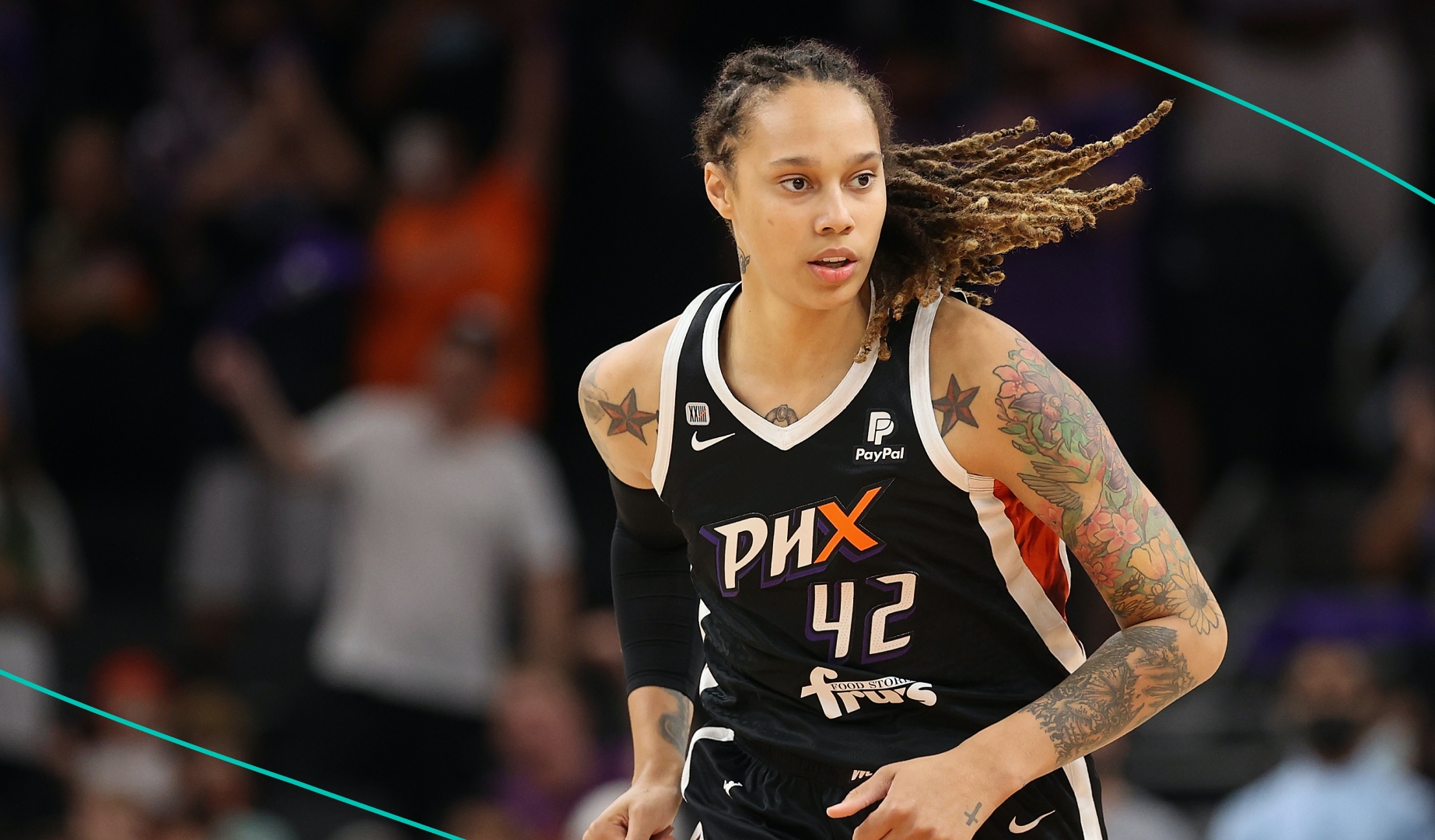 Russia and the US are swapping prisoners.

Yesterday, the Kremlin and the US met up in Turkey to exchange Trevor Reed — a former US Marine — for a Russian pilot serving time in the US. In 2020, Reed received a nine-year prison sentence for endangering Russian police officers. While Konstantin Yaroshenko was serving a 20-year sentence for smuggling charges. The move comes as relations between the US and Russia are almost as strained as it was during the Cold War. But it’s bringing up questions about other US prisoners in Russia…

Yup. The WNBA star has been detained in Russia since February when she was arrested on drug charges at Moscow’s airport. Griner isn't just any WNBA player — she's the best offensive player in the history of the league. But surprise: female players get paid a fraction of their male counterparts. So for years, Griner's been playing in Russia during the offseason to supplement her income. Enter: these charges.

Russian officials accused her of carrying vape cartridges with a cannabis product. The charges carry an up to 10-year sentence. And there's worry the Kremlin is using her detention as leverage amid its invasion and the West's sanctions. She's being detained until at least May 19 — but could be held longer. The State Department says her case remains a “top priority.” And President Biden says he “won’t stop” until other Americans are home. That includes former Marine, Paul Whelan.

Americans are breathing a sigh of relief with the release of Reed. But at least two other US citizens are being held in Russian prisons. And many want answers.

PS: Have more questions about Griner's arrest? We've got answers.

What's waiting for rain in this drought…

Southern California. This week, for the first time, officials there declared a water shortage emergency. It comes as the state enters its third year of extreme drought that’s been intensified by hotter temperatures. We’re looking at you, climate change. And as Northern CA — where a lot of the state's water resources originate — is dealing with “severely limited” supplies. Now, about 6 million residents will face water restrictions starting in June. Think: limiting outdoor watering to once a week. And anyone who doesn’t follow the rules will have to pay up.

Facebook. Yesterday, its parent company, Meta, projected its first-ever revenue drop. To be fair, they’re still expecting $28-30 billion in the second quarter. CEO Mark Zuckerberg blamed the issue on its ad strategy and Apple privacy changes. He also said it took a hit when cutting off Russian advertisers. But at least users grew and overall profit was up — enough to keep investors happy.

...Oh and speaking of users, politicians on Twitter are seeing a fluctuation in their follow count. Some are wondering whether the company's reinstating accounts on the right in anticipation of Elon Musk's takeover. Twitter says it's looking into it but that the changes look “organic.”

Where courts are stepping in…

New York. Yesterday, the state’s highest court threw out the state’s Democratic-drawn congressional map because of partisan gerrymandering. After a redistricting commission couldn't agree on the district lines, the Democratic majority took the pen. Republicans sued, arguing the lines were skewed. An appeals court agreed, saying that the maps gave Democrats a leg up in 22 of the state's 26 congressional districts — and that it violated the state constitution. Now, the court has appointed a special master to draw new maps. The delay means NY’s primary election — which was scheduled for June — may not happen until August. All of this could throw a wrench in candidates’ plans as they try to garner support ahead of the midterms.

PS: Here's how redistricting works – and how it could impact your vote in 2022.

Why every meeting should be a cameras-off meeting…

Creativity. Yesterday, a study found that video meetings equal less brainstorming. That's because (surprise) people spend much of their attention staring at their on-screen selves rather than letting their eyes and minds wander. Managers, take note. Oh and all that staring has made people fixate on their perceived flaws and wrinkles.

What men can't help but interrupt...

While Margot Robbie is a Barbie girl…