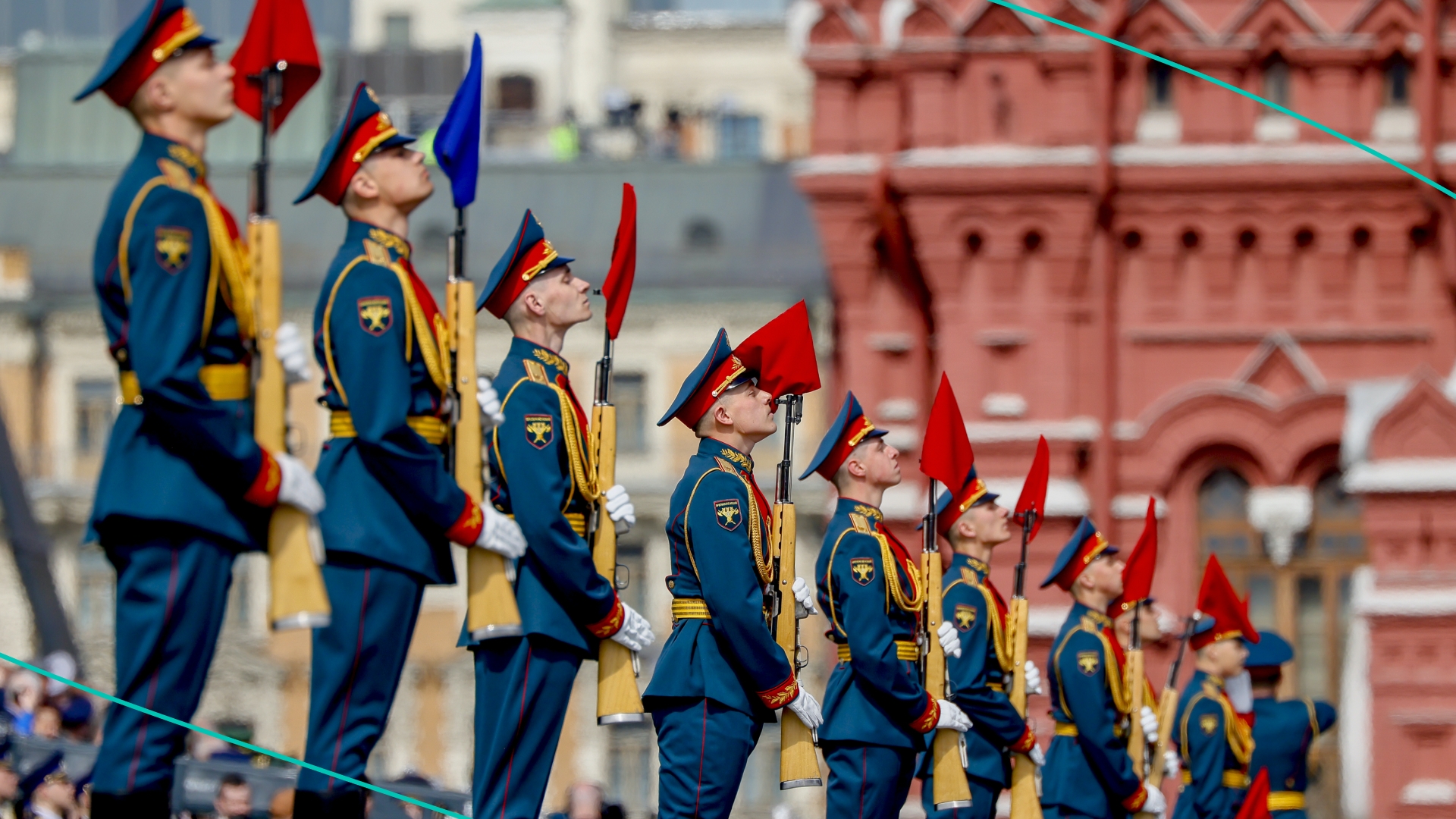 It’s Victory Day in Russia. The West is on edge.

Russia’s annual celebration — which comes a day after the US and UK’s anniversary — marks the defeat of Nazi Germany in WWII. In Moscow’s Red Square, Russians will attend a parade to celebrate Russian military strength. The event has only grown more extravagant under Russian President Vladimir Putin. But things are different this year as Russian tanks roll through Ukraine. It’s been over two months since Putin invaded the country, but he’s faced loss after loss, including in Kyiv. Now, the Russian president said the West didn't want an "honest dialogue," and defended invading Ukraine as "fighting for the motherland."

Over the weekend, a Russian bomb flattened a school in Luhansk, eastern Ukraine. About 90 civilians were sheltering there. Authorities say there were 27 survivors but dozens of others are believed to be dead. In Mariupol, Russian forces are closing in on the port city, a strategic location which would allow the Kremlin to link the city with annexed Crimea. But the remaining Ukrainian fighters — bunkered in a besieged steel plant — say surrendering “is not an option.” It all comes as G7 world leaders had a conference call with Ukrainian President Volodymyr Zelenskyy.

The G7 leaders are pledging to phase out — or ban — the import of Russian oil. President Biden says the move will “hit hard at the main artery of Putin’s economy” and make it hard to fund his war. It came amid a batch of other new sanctions and a surprise visit to Ukraine by first lady Jill Biden.

Russian President Vladimir Putin has more losses than wins in his war in Ukraine. Now, all eyes are on the Russian leader as he tries to find something to celebrate — potentially at the cost of Ukrainian lives.

The Taliban. On Saturday, the Afghan gov declared that women only leave home when necessary. And that they must be covered head-to-toe in public.
It’s the most restrictive set of laws against women ever since the extremist group regained control of the country last year. Other crackdowns have included preventing teen girls from attending school and barring women from working or traveling alone. Now, the latest decision puts the onus on male relatives who could be jailed if a woman is not fully covered in public. The Taliban maintains the rule would help women “live with dignity.” A UN mission said the decision goes against promises regarding “respect for and protection of all Afghans’ human rights.”

The US median age for giving birth. A Census Bureau analysis has found that women are giving birth later. For some, starting a family is (still) a choice. Fertility issues, life circumstances, or other factors can play a role in when people have kids. But between 1990 and 2019, the median age for first-time births rose from 27 to 30 — the highest age on record. It came as many are increasingly choosing to parent in their 30s and 40s (but less so in their 20s). A sociologist says education also plays a role: more than half of college grads are women. And that some may want to be financially secure before giving birth. It's reminding everyone of the latest on....

Where there’s a new leader…

Hong Kong. Yesterday, John Lee was elected as the city’s new chief executive. Running unopposed, an election committee voted the Beijing loyalist into office — a sign that China is securing its grip on the city. In 2019, Lee oversaw the crackdown on pro-democracy protests. In his new role, he’s expected to continue pushing Beijing’s agenda. Lee is replacing the outgoing chief executive Carrie Lam, who had served since 2017. Her legacy was marked by the pro-democracy protests, controversial national security laws, and a deadly COVID-19 outbreak.

Who’s just what the doctor ordered…