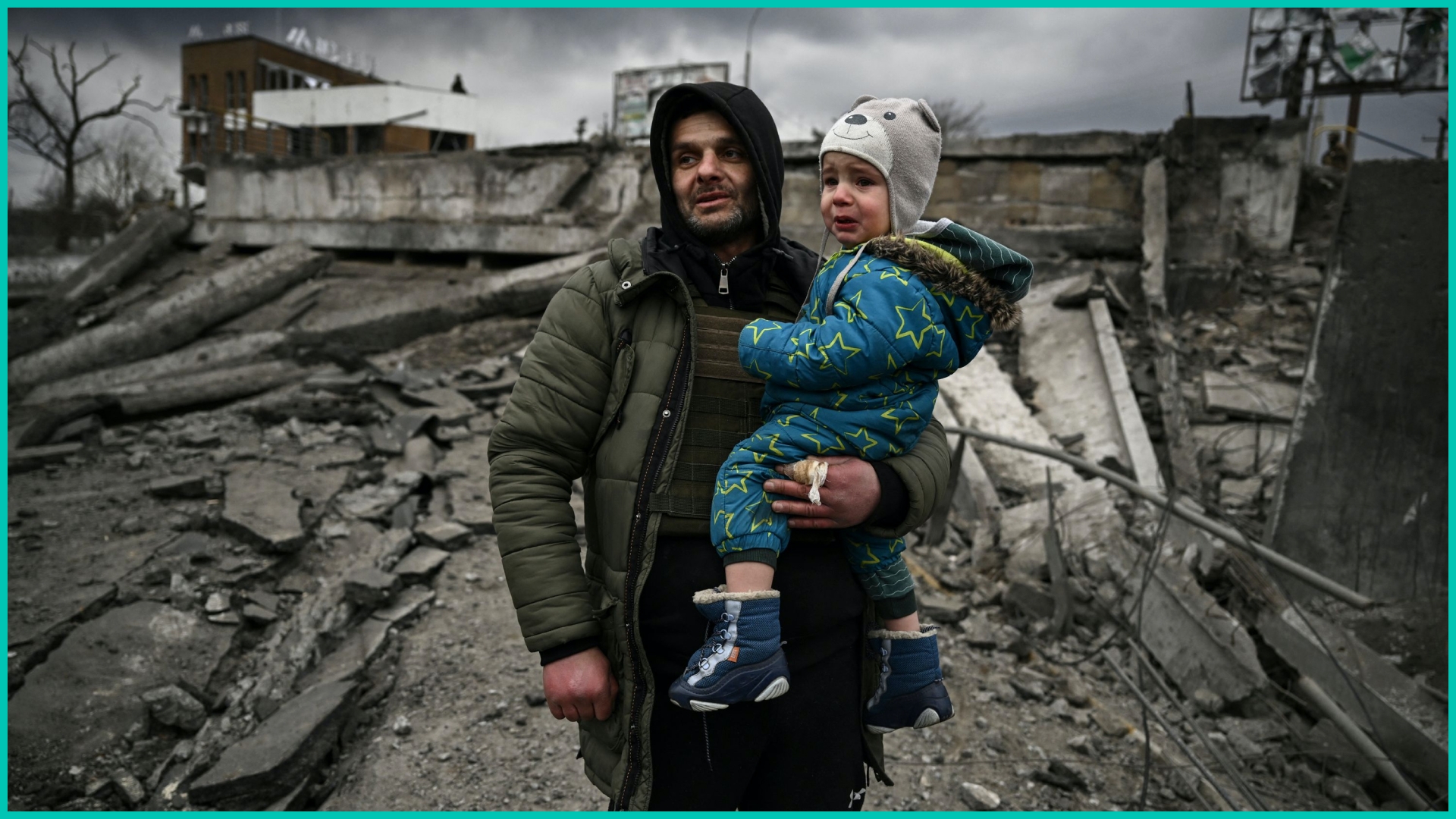 Russia and Ukraine were both part of the Soviet Union. Tensions date back to the ‘90s when Ukrainians voted to become independent. But the Kremlin has described Ukraine and Russia as “one people.” Then in 2014, Ukrainians voted out their pro-Russian president, and Russia annexed Crimea. Fast forward to Feb 24, Russian President Vladimir Putin announced a “special military operation” in Ukraine and attacked the country by air, land, and sea. Now, the UN says more than 4,000 civilians have been killed, more than 14 million have been displaced, and countless buildings and homes destroyed. Here’s where things stand today:

Russia’s push: The Kremlin’s been putting its all into trying to take control of eastern Ukraine and hold about 20% of Ukraine’s territory. After weeks of fighting, Russian troops took hold of Mariupol. Recently, Russia’s been focusing on Sievierodonetsk — a key city in Ukraine’s Donbas region. The mayor says Russia now controls most of the city. And since the beginning of the invasion, Putin has put his nuclear forces on watch. Still, Russia has suffered major blows. Ukrainian troops have destroyed a large amount of its weaponry and NATO estimates up to 15,000 Russian troops have been killed.

Ukraine’s defense: Many thought Ukraine would fall quickly, considering Russia’s military. (Ukraine has close to 200,000 active troops while Russia has close to 1 million.) But the country is going strong. Civilians set up militias to fend off Russian troops. Meanwhile, Ukrainian soldiers are holding down the fort — blowing up bridges to hold off Russian troops all while the Kremlin continues its disinformation campaign. And then there’s the…

Int’l response: The EU and US have rallied around Ukraine. Poland and much of Europe have opened its borders to Ukrainian refugees. President Biden and Congress have signed off on $40 billion in aid for Ukraine. The conflict has Finland and Sweden submitting apps to join NATO. And traditionally neutral Switzerland issuing sanctions. Meanwhile, dozens of countries have put in place restrictions — from oil bans to major economic sanctions — to isolate Russia from the West and wreak havoc on its economy. And the ICC is investigating the Kremlin for possible war crimes. As for Russia’s ally…there’s Belarus.

Will the war end?

Russian forces don’t seem ready to de-escalate. A few countries like Turkey, Germany, and France have pushed for peace talks with little success. Putin has called it a “dead-end situation” and promised Russia would achieve its “noble” goals in Ukraine. Some worry Russian aggression could get worse and even leak into China and Taiwan’s tensions.

Russia’s invasion into Ukraine is the largest attack in Europe since World War II. The war has killed thousands, left much of the world on edge, and has created a ripple effect across the world's economy. And it doesn't appear to be ending anytime soon.

Guns. Yesterday, President Biden delivered an address calling for legislation to stop gun violence. For weeks, the country has been reeling from mass shootings in Buffalo, Uvalde, and most recently in Tulsa that left a total of 35 people dead. In two of those massacres, the gunmen were 18-year-olds who legally purchased weapons. Yesterday, Biden called on lawmakers to reinstate an assault weapons ban or raise the age to buy them from 18 to 21— something the House seems to be working toward. He also demanded tougher laws on high-capacity magazines, gun trafficking, ghost guns, and background checks, saying it’s time for communities to stop being turned into “killing fields.”

Tulsa, OK. Yesterday, officials revealed new details from the mass shooting this week at a hospital there. Police say the gunman killed four people and legally bought the AR-15-style rifle the day of the shooting. He also bought a handgun days before. Police believe he was targeting a doctor who performed back surgery on him. Authorities say the shooter made it clear in a letter that he went in with the “intent to kill” the doctor and anyone else who got in his way.

…Oh and speaking of gun laws, NY’s legislature passed a bill that raises the age to buy semi-automatic rifles from18 to 21. Now, it heads to Gov. Kathy Hochul’s (D-NY) desk.

PS: One factor holding up gun safety legislation? The NRA. Here's how it became the country's most powerful gun rights group.

Where things are heating up…

OPEC. Yesterday, the group announced plans to increase oil production supply starting in July and August. Oil prices in the US have reached record highs, with the national average hitting $4.67 a gallon in recent days. The Biden admin — which is getting flak for the high gas prices ahead of the midterm elections — has been pressuring Middle East oil giants to up production efforts. Now, OPEC is saying ‘hit the gas.’ It’s insisting it's because demand is growing as countries like China come out of pandemic lockdowns. But analysts say more production won't solve problems at the pump...at least not while the war in Ukraine is ongoing.

Who’s saying ‘allow me to re-introduce myself’...

Türkiye…formally known as Turkey. Yesterday, the country formally requested that the UN call it by its cultural name, “Türkiye.” The change reflects the same spelling and pronunciation (tur-key-YAY) used in the Turkish language. Turkish President Recep Tayyip Erdoğan has been using the cultural spelling for months now, saying it represents and expresses the values of the nation “in the best way.”

Who could probably spell ‘cryptocurrency’...

When it’s not broke…

What’s giving Mr. Darcy a run for his money…