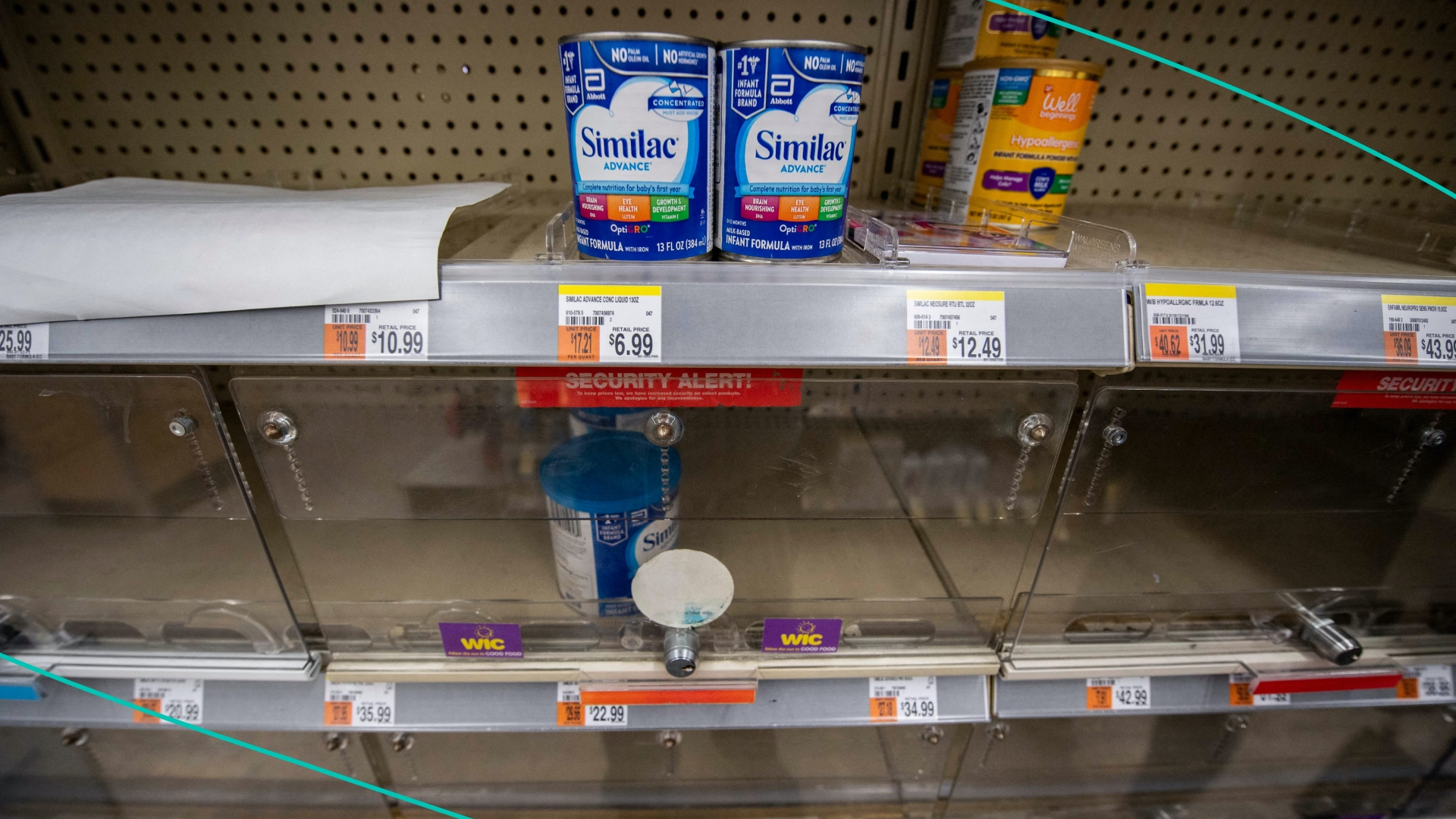 The largest baby formula manufacturing plant in the US has restarted production.

In February, the Abbott Nutrition plant in Sturgis, MI, was forced to shut down due to contamination concerns. That, along with ongoing supply chain issues, caused a weeks-long national baby formula shortage. Leaving parents to scramble for formula from milk banks, their friends, and doctor’s offices. Now, the factory is meeting the FDA’s “initial requirements” to open its doors after nearly four months.

So is the shortage over?

Not yet. The Biden admin has taken steps to address the crisis by importing formula from Europe and Australia, and invoking the Defense Production Act to ramp up production at home. But the out-of-stock rate for formula was 74% by the end of May, according to one report. And while Abbott's reopening will jump-start production, it'll take some time before it's widely accessible.

Abbott says it’s prioritizing specialty formula for babies with food allergies and digestive problems. That will reportedly be distributed through health care providers first, and available to consumers around June 20. Meanwhile, the FDA has warned that formula will still be hard to find until at least late July.

Abbott's reopening is a light at the end of the tunnel for parents who have been desperately searching for formula. But supply won’t reach normal levels overnight. And it doesn’t solve the problem of how one plant’s closure caused a nationwide crisis.

PS: Struggling to find formula? Here's what you should (and shouldn't) do, according to pediatricians.

Nigeria. At least 50 people are believed to have died in an attack on a Catholic church in the southwestern town of Owo yesterday. It's reportedly the deadliest attack on a church in the country in years. The assailants detonated explosives, fired into the church, and kidnapped the priest. It's still unclear who's behind the violence. While this happened in one of the country's more peaceful states, Nigeria has recently experienced a surge in violence. Now, many are calling on officials to do more to fix this issue in Africa’s most populous country. And it puts pressure on the gov ahead of Nigeria’s upcoming presidential election.

Kyiv. Yesterday, Russia launched airstrikes on Ukraine’s capital for the first time since April. The strike came as Ukraine has reportedly reclaimed significant ground in Sievierodonetsk. The eastern city — located in the Donbas region — has been a central focus of Russia's recent military efforts. Now, Russian President Vladimir Putin is reportedly warning of further escalation like the strikes in Kyiv if Western countries deliver longer-range missiles to Ukraine.

What had a jolly good weekend…

The UK. Over the weekend, the country commemorated Queen Elizabeth II’s Platinum Jubilee, marking her 70 years on the throne. She's the first British monarch to reach that milestone. The historic celebration included a military parade, a corgi puppet show, and a concert with celebs like Ed Sheeran, Diana Ross, and Alicia Keys. But the real star of the weekend was Prince Louis. Even though the Queen wasn't able to attend some events, she said she was "humbled and deeply touched" by the weekend's festivities.

…Oh and speaking of parties, British Prime MinisterBoris Johnson will face a no-confidence vote over lockdown parties later today. Depending on how it goes, Britain may get a new PM.

Who’s off to see the midterms…

Who served their very best…

What we can’t help falling in love with…