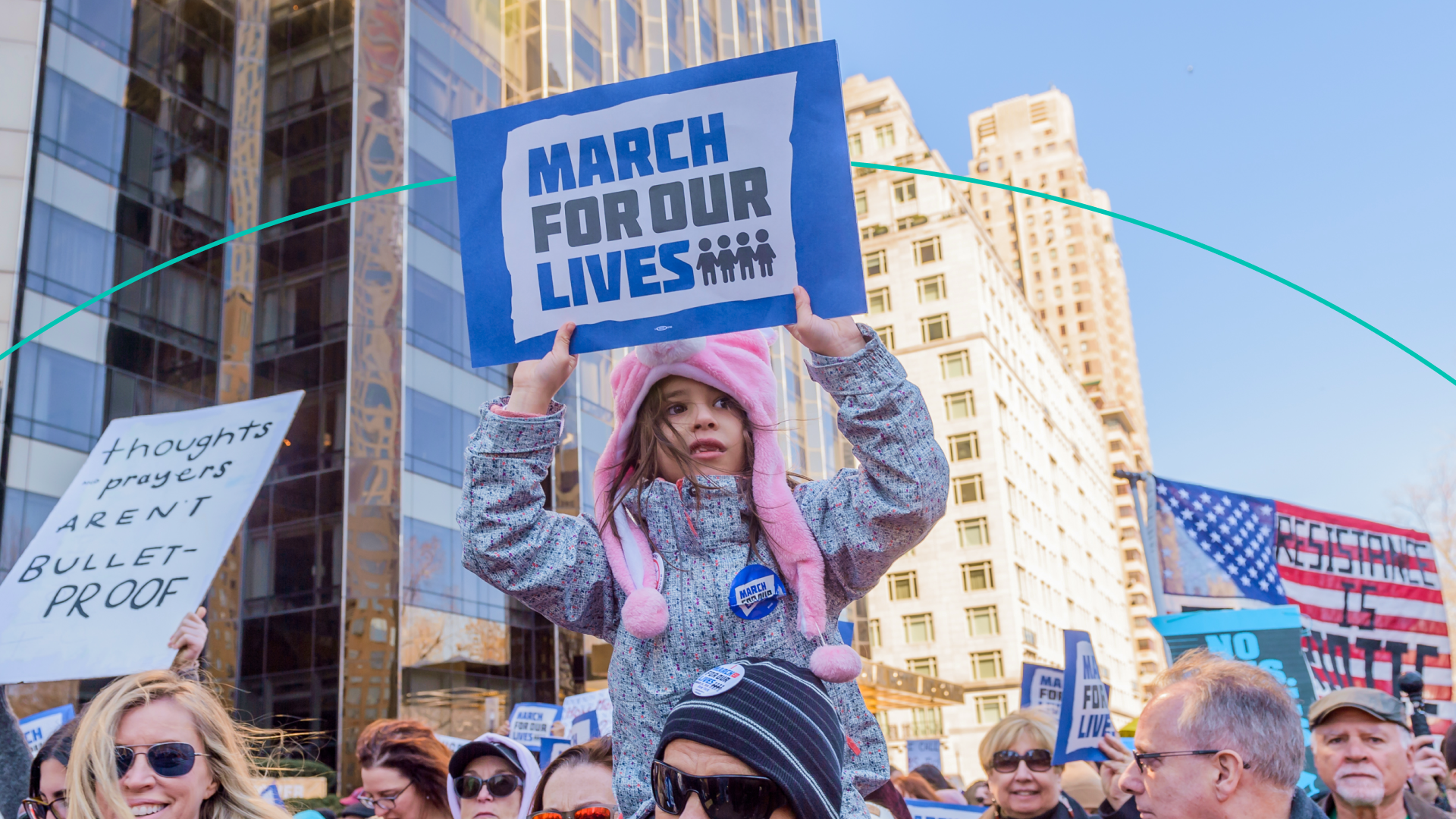 Rally up: In the wake of Uvalde and other recent mass shootings, senators had hoped to reach a bipartisan deal on gun safety reform by the end of the week. That didn’t happen. And as talks stretch into the rest of the month, the filibuster-proof measures are getting thinner by the day. So grassroots organizers are mobilizing.

Today, more than 450 marches are planned across the country to demand an end to the nation’s gun violence epidemic. (Find one near you, here.) This mass mobilization was organized by March for Our Lives, and follows weeks of testimony from people directly impacted — survivors, families of victims — who have shared their stories in congressional hearings and to the media:

If the Senate can’t get a bill past a filibuster, or passes one that mostly says ‘it’s up to states,’ local lawmakers and governors may have to pick up the slack. (Reminder: Voters in 36 states will elect governors this year.) And Americans are overwhelmingly in favor of gun safety right now — 90% support background checks. At least 63% support a ban on assault-style weapons. This isn’t the first time states have stepped in for the gov. See: New York. California. And Florida, after Parkland. (Texas, on the other hand, has loosened gun laws after its mass shootings.) But activists aren’t willing to wait for all 50 states to suffer the same fate before meaningful laws are passed. So people are making their voices heard.

After mass shootings, lawmakers opposed to stricter gun control often take a page from the same playbook: Condemn any attempt to make new regulations as ‘politics,’ then wait until public outrage fades. Today’s March for Our Lives rallies could be the clearest sign that public outrage will not fade. And Americans aren’t willing to look away.

The Only Woman at the ICO…what it’s like to be one of the few women working in the wild world of crypto bros.

Where Do Americans Stand On Abortion?...spoiler, it's extremely complicated.

Life is just a bowl of cherries — especially now that the summery snack is back in season. While nothing beats the fruits of your labor (think: picking your own), you’ll also find a wide variety of the ruby red stone fruits at any grocery store or farmers' market. For something sweet, look for Bing or cult-favorite Rainier cherries. For something sour, check out Early Richmond or Morello.

Whatever your preference, there are plenty of recipes to help you make the most of your market haul (pro tip: store them in these containers when you get home). You can start the day with a sweet treat. You can use them to top colorful salads and toasted crostinis. You can mix them into sauces, seasonings, and even extra juicy cocktails. You can add them to all sorts of cheery desserts. And, of course, you can also eat them fresh, by the dozens.