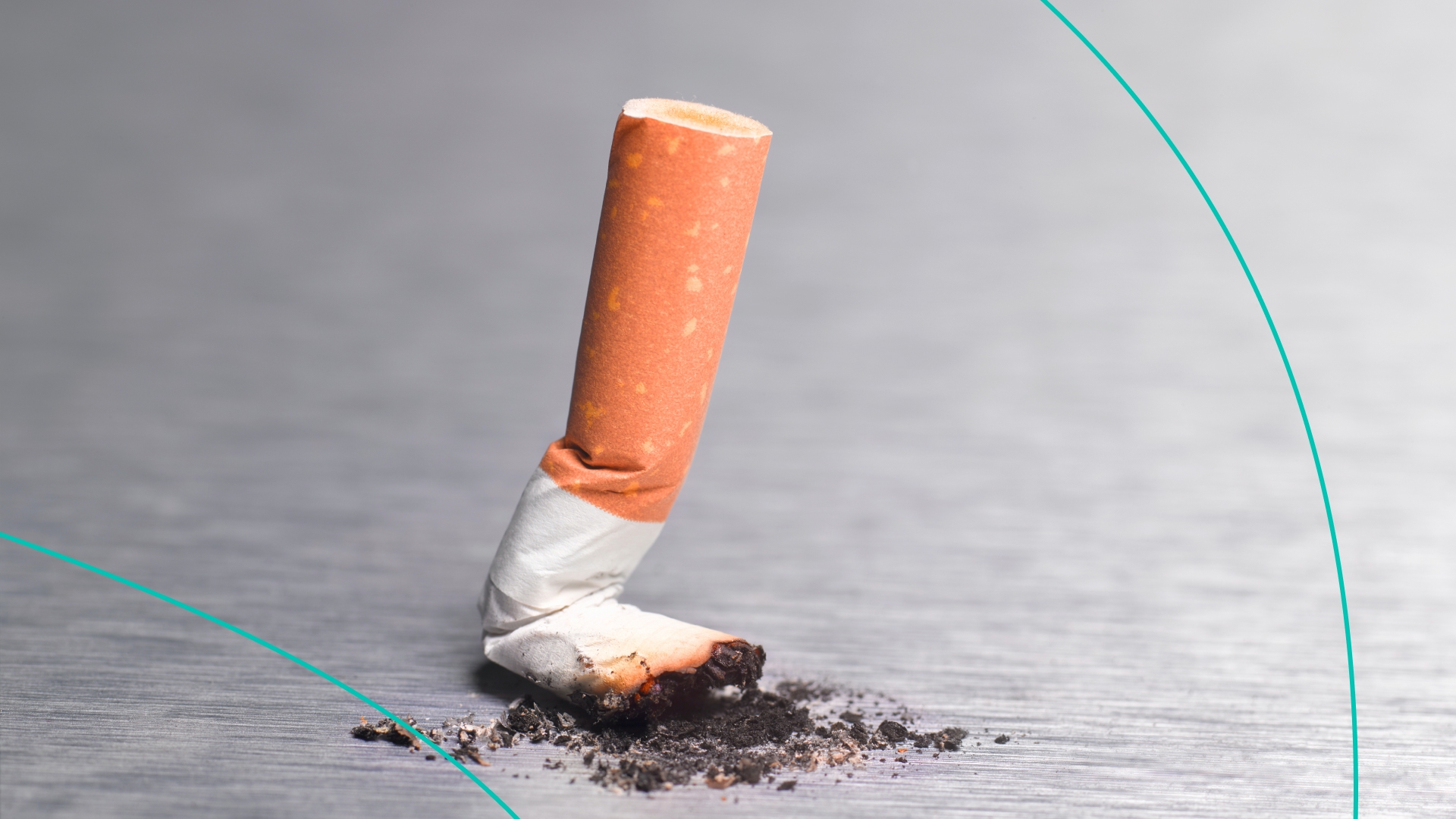 Cigarettes could take a hit, thanks to a potential new nicotine rule.

Pass me the news.

In April, the FDA proposed a ban on menthol cigarettes — the last remaining flavor in the US market (other than tobacco). Yesterday, the Biden admin announced a proposed rule requiring tobacco companies to reduce nicotine levels in cigarettes to minimally or nonaddictive levels. Only one other country in the world has taken a step like this: New Zealand.

And this is a big deal because…

It could be one of the biggest gov attempts to stamp out smoking in decades. Cigarette smoking is the leading cause of preventable disability, disease, and death in the US. And accounts for about 1 in 5 deaths in the country — more than 480,000 people each year. FDA officials say the move could protect future generations and could even help wean existing smokers off of cigarettes.

By next year, the FDA will formally publish the proposed role. Then it goes through public comments and edits. The tobacco industry could fight the rule in court. But one former FDA official said the rule could have “the greatest impact” in “the history of public health.”

For years, the gov has pushed to reduce cancer deaths. Now for the first time, its decision to take on Big Tobacco companies could lead them closer to that goal.

Bipartisan gun safety. Yesterday, senators from both parties released details on their proposed bipartisan bill on gun safety — after nine days of talks. The compromise expands background checks, and offers federal cash to states for red-flag laws (think: taking guns away from those deemed especially risky) or other crisis intervention programs. Plus, it closes a loophole that allows boyfriends and partners convicted of domestic abuse to still purchase guns. Last night, 14 Republican Senators joined all 50 Dems in a procedural vote to advance the bill. It's expected to reach a floor vote before the Senate's July Fourth recess — and would be the first major gun reform legislation in decades if passed.

…Oh and in its fourth public hearing, the Jan 6 House committee heard from state officials who said former President Donald Trump and his allies tried to pressure them to overturn his 2020 loss. While election workers testified about being threatened with violence.

SCOTUS. The Supremes ruled yesterday that state tuition assistance programs — funded by taxpayer money — must also include religious schools. The ruling was sparked by a case in Maine, where taxpayer money was given to families in rural areas without public high schools. That money was used to pay for tuition at public or private schools in other nearby areas, but not religious schools. Representing the 6-3 majority that voted to strike down the program, Chief Justice John Roberts wrote that it excluded “eligible schools on the basis of their religious exercise.” Justice Sonia Sotomayor wrote in her dissent that the Supreme Court “continues to dismantle the wall of separation” between church and state.

…Oh and SCOTUS also ruled yesterday that certain gun crimes can’t be defined as a “crime of violence.” The decision could reduce the defendant’s sentence by 10 years — as well as other federal gun cases.

Bill Cosby. A Los Angeles County jury has found the comedian guilty of sexually abusing a 16-year-old girl in 1975. More than 60 women have accused Cosby of sexual assault or misconduct — dating back to the 1960s. In 2018 he was convicted of assault, serving just under three years in a Pennsylvania state prison before his conviction was overturned on appeal. The survivor and her legal team called it a victory, while Cosby’s team argued it’s a win for him because they didn’t get the punitive damages.

Deshaun Watson. The Cleveland Browns quarterback reached a settlement yesterday with 20 of the 24 women who sued and accused him of sexual misconduct. Watson — who denies the allegations — is accused of harassing, assaulting, and touching the women during massage therapy sessions. He still faces a potential suspension by the NFL. The lawyer representing the women expects the remaining four lawsuits to continue on.

Where people are being told how to dress...

France. The country’s highest administrative court decided that women aren't allowed to wear burkinis for religious reasons in public pools — since the gov's official stance says religion should be separate from public life. The French have strict rules on what can be worn in public pools in general: Baggy swim trunks and swimming without a cap are typically a no. But when the southeastern city of Grenoble voted to loosen the rules last month — allowing everything from swim trunks to modest swimwear — the courts cracked down on burkinis in particular.

While Rob Gronkowski is retiring again...

Allyson Felix and Naomi Osaka are creating some (good) racket.

While we’re getting a sneak peek at “Stranger Things”…