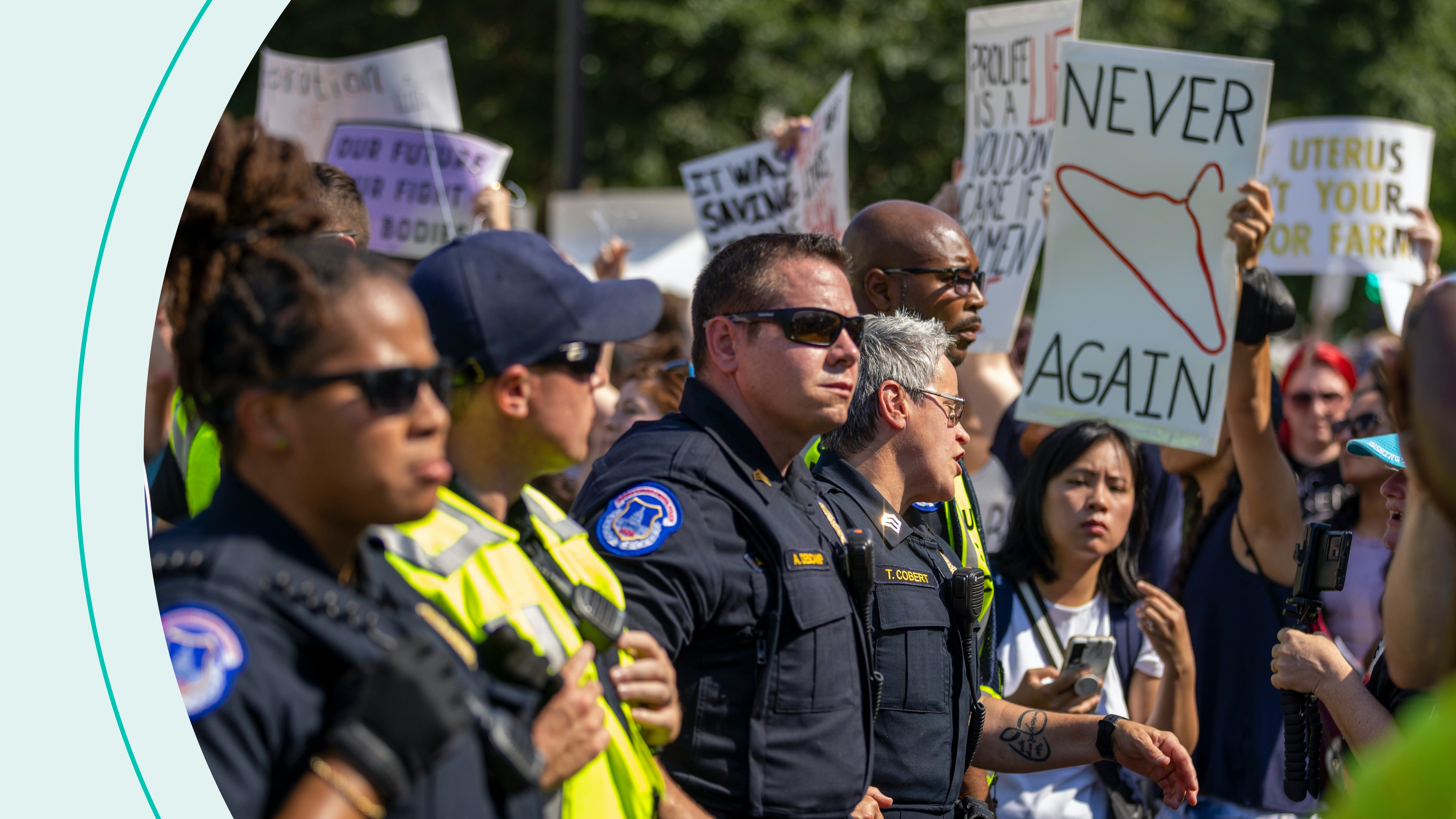 The constitutional right to an abortion is over. And now, the fight has moved to other frontiers. Including...

Abortion pills: These two pills — mifepristone and then misoprostol — reportedly accounted for the majority of all abortions in the US in 2020. They're approved for use for up to 10 weeks of pregnancy. And are safe, effective, and can be prescribed in person or virtually (depending on your state). More than 12 states previously tightened access to the pills and banned telehealth visits to get access. But since mifepristone is FDA-approved, the Biden admin is hoping that federal authority overrules state restrictions. It’s an issue that will likely head to the courts. In the meantime, requests for abortion pills have reportedly quadrupled at one nonprofit org since last week.

Voting: The majority of Americans support access to abortion, with a recent poll finding 59% disapprove of SCOTUS’s decision. Over the weekend, thousands turned out across the country to protest the ruling. Others came out to celebrate. In November, many will take their opinions to the polls. While abortion changes will now largely be addressed at the state level, some House Republicans are pushing a nationwide 15-week abortion ban. Meanwhile, Democrats have tried to codify the right to an abortion. But it failed last month on the Senate floor. Now, Dems could look to overturn the filibuster to try and make progress on this issue. (Spoiler: That's looking unlikely.)

SCOTUS: Some championed the Supreme Court as a gov branch that can withstand public opinion and pressure. Others dismissed the bench as illegitimate. A new Gallup poll found that only a quarter of Americans have confidence in the high court. Sen. Elizabeth Warren (D-MA) said that the court had “burned whatever legitimacy” it had left with the latest ruling. Rep. Alexandria Ocasio-Cortez (D-NY) said that Supremes should be impeached for lying under oath about their intentions on Roe v. Wade. Meanwhile, the Biden admin has shut down the idea of expanding the court.

Other rights: With the ruling, SCOTUS challenged the idea that the 14th Amendment implied a constitutional right to privacy. But abortion wasn’t the only issue that relied on this interpretation: contraception, same-sex marriage, IVF, and interracial marriage all did, too. Now, those freedoms remain under threat. And in his written opinion, Justice Clarence Thomas explicitly called on the court to “reconsider” the rulings that protected same-sex marriage and contraception.

Millions in the US woke up to news this weekend that ensured they have fewer rights than their mothers or grandmothers. Now the fight surrounding abortion has dispersed to a variety of new frontiers.

The abortion conversation has moved to social networks and exchanging resources. Here are some to help you navigate these times…

Gun safety. On Saturday, he signed the most significant gun safety bill in nearly 30 years into law. The bipartisan push for the legislation came on the heels of mass shootings in Buffalo, Laguna Woods, and Uvalde — among more than 250 others this year. The law expands background checks and offers federal cash to states for red-flag laws (think: taking guns away from those deemed especially risky) or other crisis intervention programs. Plus, it closes a loophole that allowed boyfriends and partners convicted of domestic abuse to still purchase guns.

The G7 summit. Yesterday, leaders from seven countries (Canada, France, Germany, Italy, Japan, the UK, and the US) kicked off their annual meeting to tackle the world's problems. In not-so-shocking news, Russia is on the list. The countries announced a ban on gold imports from Russia — the latest slap on the wrist for its invasion of Ukraine. It comes as Russia carried out missile attacks on the Ukrainian capital Kyiv, hitting an apartment building and school.

Norway and South Africa. Over the weekend, a gunman killed two people and injured 21 others in Oslo, Norway, during the capital’s annual Pride festival. Police say the suspect, who is in custody, had mental health issues. And are calling the attack an “act of Islamist terrorism.” He’s been known to the Norwegian security services since 2015. Meanwhile in East London, South Africa, officials are trying to figure out what caused the deaths of at least 21 people at a nightclub. Some of the victims were as young as 13. Samples are being sent for a toxicology test to see if the victims were poisoned.

Juul. Late last week, a federal appeals court temporarily halted an order by the FDA to pull all of its products from the US market. Now, Juul will be able to keep selling its e-cigs while the appeal is being reviewed.

While the Colorado Avalanche are saying 'puck yeah'...

Diddy is celebrating, too.