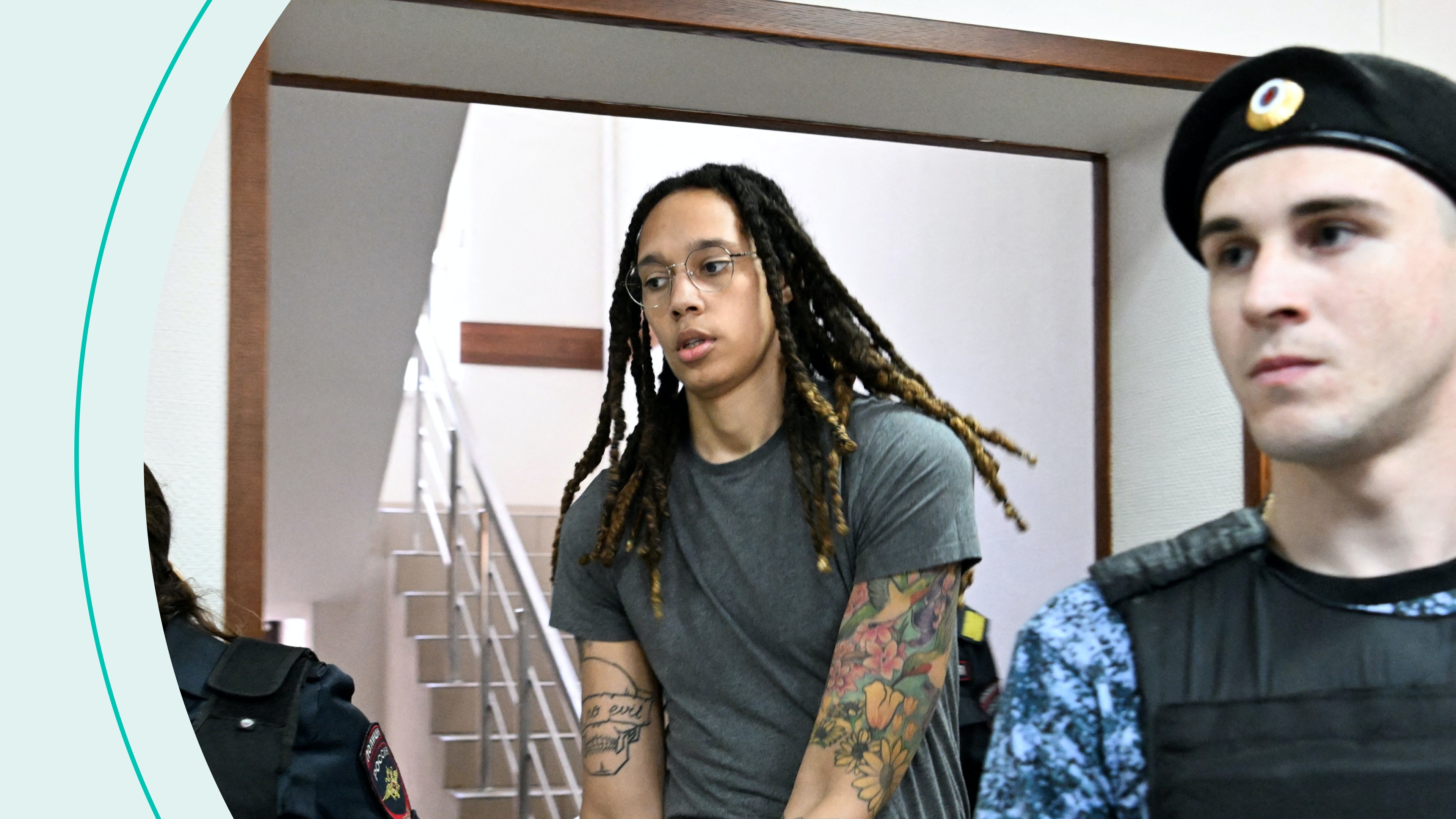 In February, Griner — the best offensive player in the history of the WNBA —flew to Russia during the off-season and was arrested on drug charges. Russian officials accused her of carrying illegal vape cartridges. Since her arrest, Griner’s detention has been extended three times. And the US State Dept has said the athlete’s been wrongfully detained. Now, Griner’s expected to face a Russian court.

Is there any chance of release?

Legal experts think the trial — which could last months — will likely end in a conviction. Less than 1% of defendants in Russian criminal cases have their cases acquitted. But unlike in the US, acquittals can be overturned. She faces 10 years in prison. Meanwhile, Griner supporters have called for a prisoner swap — similar to the one in April that brought Marine vet Trevor Reed home.

Is that a possibility?

Russian news media has apparently hinted at a swap for convicted Russian arms dealer Viktor Bout, who is serving a 25-year sentence. A former official reportedly called Griner’s arrest “a hostage situation.” The Biden admin says it's "actively engaged" in trying to get her home. But Griner’s wife, Cherelle, says her wife is "struggling" and has told The Associated Press that said she has “zero trust” in the Biden admin’s handling of the situation.

It’s been months since Griner was arrested at a Moscow airport. Now, many are waiting to see if this trial could end in Griner getting home safely. Or if her release will need to be negotiated behind the scenes.

PS: Have more questions about Griner and her case? We've got answers.

Where abortion legislation is top of mind…

The Biden admin. Yesterday, President Biden said he supports pausing the Senate filibuster rule in order to get abortion legislation through Congress. But not everyone is on board with scrapping the filibuster rules (see: moderate Dem Sens. Kyrsten Sinema (AZ) and Joe Manchin (WV)). Biden is set to meet with state governors today to talk about possible next steps. In the meantime, the admin put out new federal patient-privacy guidelines to protect those who could be investigated under their state’s anti-abortion laws. Speaking of…

States. Yesterday, judges in Florida and Kentucky hit the pause button on abortion laws. Earlier this year, Florida lawmakers signed off on a 15-week abortion ban that was set to begin today. But a judge said the law violates the “privacy provision” of the state’s Constitution. Gov. Ron DeSantis’s (FL-R) office said they’re confident the law will “ultimately withstand all legal challenges.” In Kentucky, Planned Parenthood and EMW Women’s Surgical Center (aka the state’s only two abortion providers) challenged the state’s trigger law. And a judge has agreed with them, allowing abortions to resume in Kentucky for now. It’s only a temporary suspension. It comes as judges in at least four other states have hit pause on abortion restrictions.

PS: We're tracking which states are facing legal challenges against their abortion laws. Check it out here.

What SCOTUS is up to…

Taking on the EPA. In a 6-3 ruling, the justices said the Environmental Protection Agency doesn’t have the power to regulate emissions from power plants without Congress signing off. But President Biden — and climate activists — aren't happy. The admin was hoping to use the EPA to go after emissions from power plants — which reportedly make up one-fourth of the US’s total emissions. Now, he’ll need to take that ask Congress. Meanwhile, in a 5-4 ruling, the court also ruled that the Trump-era “Remain in Mexico” policy can come to an end. Texas AG Ken Paxton has called it an “unfortunate” ruling that would make “the border crisis worse.”

...Oh and in a historic move, it’s not Judge Ketanji Brown Jackson anymore. Call her Justice.

What's got people talking about more than ratings...

Uber. Yesterday, the ride-sharing company released its second-ever report amid ongoing concerns surrounding its safety. Between 2019 and 2020, Uber saw 3,824 reports of sexual assault...down from 5,981 in the two years prior. The company says fewer rides due to the pandemic may have impacted the decline. But Uber also saw a rise in deadly car crashes. Comforting. Still, the app wants people to remember: more than 99.9% of its nearly 3 million daily rides are usually incident-free.

When everything already feels Upside Down...

While you’re trying to Usher in the weekend…

We could all use good news.