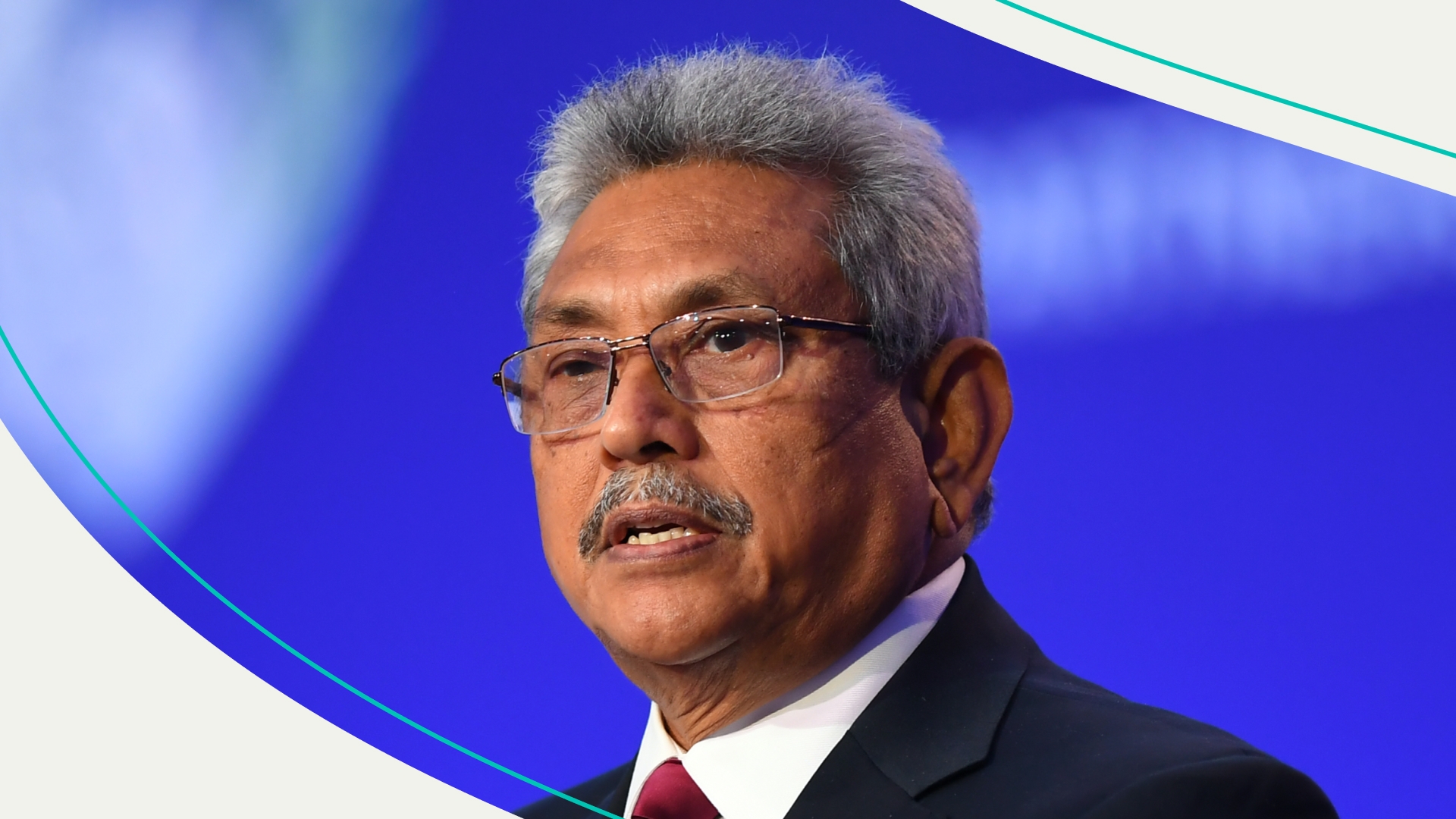 Today, the president was supposed to resign. That’s amid months of protests and the takeover of his home. But yesterday, he fled the country. That may be to avoid arrest, since once he steps down he loses immunity from prosecution. His departure sparked more protests as the country's PM took over as president and declared a state of emergency. Parliament is set to elect the president's replacement in a week. But their candidate is TBD because next in line is the prime minister…who also agreed to resign. Oh, and the cabinet resigned en masse in April.

Years of economic mismanagement. Sri Lanka has long had a growing economy and strong middle class. But in recent years, tourism has been struggling and the country’s trade deficit has grown. Amid all of this, the government banned chemical fertilizer — a decision that hurt farmers’ crops. Now, the country is experiencing shortages of food and fuel…and can’t afford imports. There’ve been rolling blackouts and school closures. And over 6 million Sri Lankans are food insecure.

Negotiations with the International Monetary Fund. But it’s unclear who’s supposed to negotiate when there’s a political vacuum. Meanwhile, the country is reportedly relying on aid from neighboring India and from China.

This is Sri Lanka’s worst economic crisis in decades. And it’s not clear when or how it will get out of it.

Jan 6 hearings. Yesterday, on the seventh day of hearings the committee zeroed in on former President Trump’s tweet calling for the Jan 6 protest. He said “Be there, will be wild.” But according to the committee, a draft tweet explicitly called for a march to the Capitol. It’s something the committee says Trump ad-libbed about in his speech the day of. Meanwhile, a witness described a December 2020 meeting in the Oval Office as “unhinged” when some Trump allies urged him to seize voting machines.

PS: If you missed the other Jan 6 hearings, here's everything you need to know to catch up.

Pig hearts. Yesterday, researchers said they’d transplanted pig hearts into two brain-dead patients over the past month. NYU Langone Health — where the operations took place —
said that the transplants can help them gather more information on the practice before doing it on living people. (In this case, the experiment is being done on bodies donated to research.) The news comes months after the first person to receive a heart transplant from a pig died, possibly from complications of a pig virus in the heart. Now, doctors say they used new testing to help ensure that didn’t happen again. One of the lead surgeons reportedly says they hope to “learn as much” as they can before doing it in a clinical setting.

What has people saying, ‘will they, won’t they’...

Twitter and Elon Musk. Yesterday, the company sued the world’s wealthiest person. Last week, Musk tried to use the pull-out method on his $44 billion deal. The company’s response: ‘that’s not very effective.’ It has now accused him of breach of contract. And is suing Musk to get him to see the deal through. A trial could happen in September. Or the two sides could settle on a cheaper price tag. Always with the unpredictable, those two.

The French government. Yesterday, it announced it would work to reduce their use to “strictly necessary.” That’s because the government is aligning with findings from the World Health Organization: that processed meat is associated with colorectal cancer. But that’s not all: the link applies to All. Processed. Meat. That includes bacon, salami, cold cuts, all of it. And they could be tied to other cancers, too (like breast, ovarian, and kidney). Book clubs and happy hour organizers: time to pivot.

Who’s walking it back…

Who’s on track to be daddy’s favorite…

While London’s Heathrow Airport is in over its head...

Time's got 50 other places you can bring your boarding pass to.

PS: Going away this summer? Our summer travel Q&A can help.