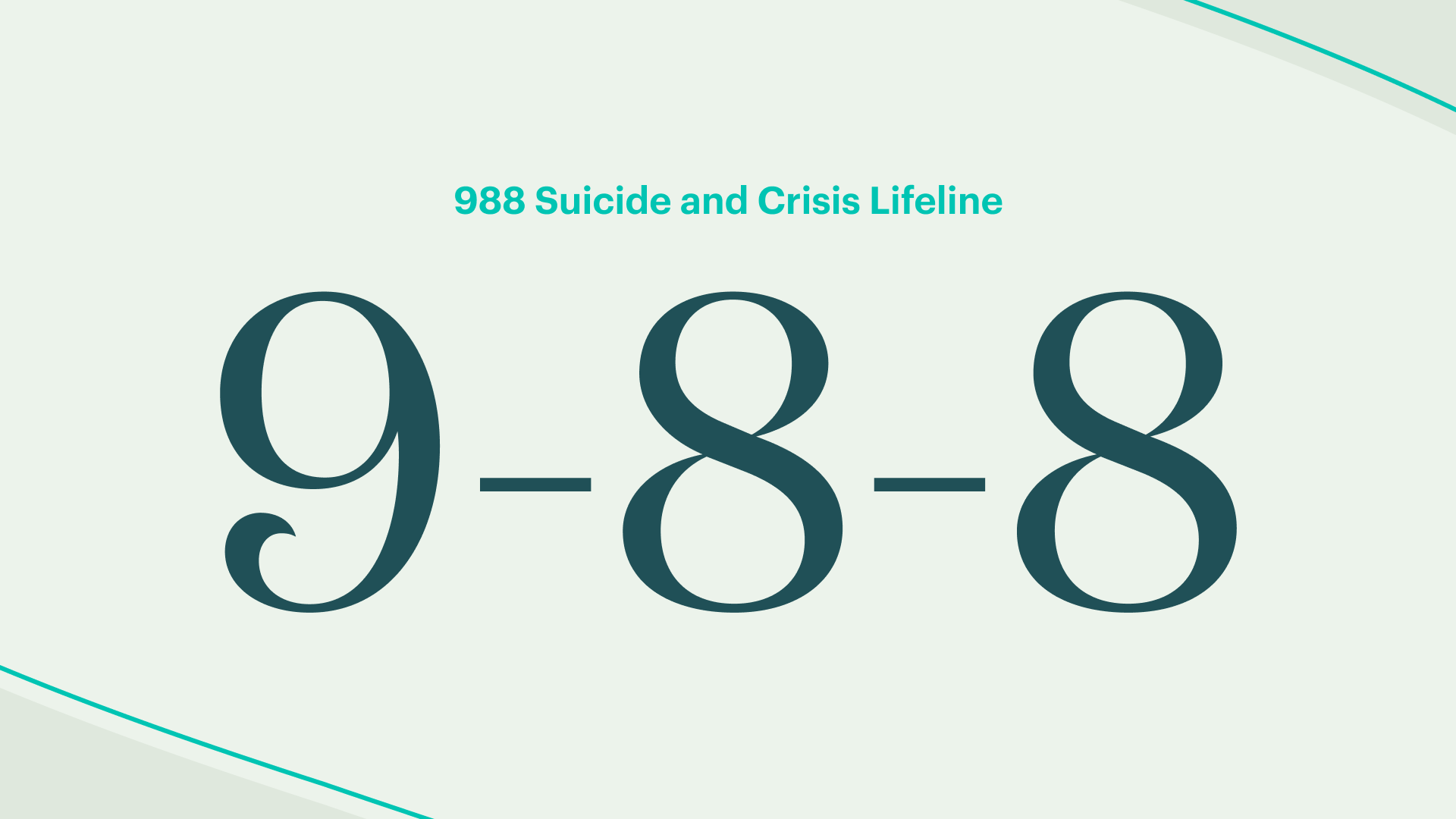 On speed dial: Starting today, the National Suicide Prevention Lifeline has new digits: 988. The new number — which you can call or text — is more memorable. And is intended for people going through all types of mental distress. At a time when Americans need it more than ever.

The Lifeline (originally 1-800-273-8255, which still works BTW) has been a resource for people in crisis since 2005. More than half of Americans will be diagnosed with a mental health issue during their lifetime. And the number of those taking prescription pills for mental health has gone up nearly 10% since 2019. So as the nation’s mental health crisis deepened — exacerbated by the isolation and uncertainty of the pandemic — the gov took some extra steps.

Yes. The gov hopes the memorable three-digit number will encourage more calls and texts from those who need it most. Especially young people, given that suicide is now the second leading cause of death for kids between the ages of 10 and 14. When bipartisan lawmakers approved the new number (again, it’s 988), they also prioritized developing specialized services for LGBTQ+ youth, who are more than four times as likely to consider suicide than their peers. And authorized a one-time boost to the service’s funding. This should help the Lifeline's more than 200 state call centers and backup centers. Many of which are already overwhelmed — and that's before an expected call volume surge of 6 to 12 million. But HHS says states will also need a steady source of long-term cash (think: a monthly fee on phone bills, which, FYI, everybody already has for 911).

You’re having a particularly tough day. A loved one tells you they want to harm themselves. You pass someone in distress on the street. Instead of 911, the gov wants you to think: 988. Its counselors and volunteers are trained to help diffuse all of these situations and more, while cutting down on police interventions and over reliance on ERs. And direct people to the help they may need.

A Hookup App for the Emotionally Mature…a deep dive into an open-minded dating app that really isn’t about dating.

He Had a Dark Secret. It Changed His Best Friend’s Life…how two men met in a homeless shelter and forged a defining bond.

The Vasectomy Influencers…post-Roe, these men are making the cut.

I scream, you scream, we all scream for ice cream. That’ll especially be the case tomorrow, July 17, aka National Ice Cream Day. So if you’re looking for a cool way to celebrate, here’s the scoop:

There’s no way to go wrong with a cone (or two) from your fave neighborhood spot — or a store-bought pint, for that matter. But this creamy, dreamy dessert is perhaps even more delightful when you make it from scratch. Whether you want something classic (think: chocolate, vanilla, mint chip) or creative (think: coffee cardamom, brown sugar, matcha coconut), all you need are a few ingredients, a sprinkle of patience, and (maybe) some arm power. Of course, if that sounds appealing but a bit ambitious, you could also bust out an ice cream maker.

Now, depending on how much you make (pro tip: you’ll want extra), you may have leftovers of your glorious concoction. And thankfully, there are plenty of ways to make the most of it. You could use it as the base for the ultimate ice cream sundae. You could sandwich it between chocolate chip cookies, waffles, or brownies. You could drown a scoop in a shot of espresso to create an affogato. You could even enhance the next-day eating experience with a spritz of edible perfume…really.

Whatever you choose, this Sundae is practically guaranteed to be sweet and not scary.

State of Play: On Tuesday, July 19, there are primary elections in Maryland (Senate, House, Governor).

The Talker: Yes, there are Senate and House seats up for grabs. But the race for governor is likely to get most of the attention. That’s because Maryland is a deeply blue state with a Republican governor (hi, Larry Hogan). Who, due to term limits, can’t run for reelection. Now, 10 Dems are fighting for the party’s nomination. And the chance to take back the governor’s office.