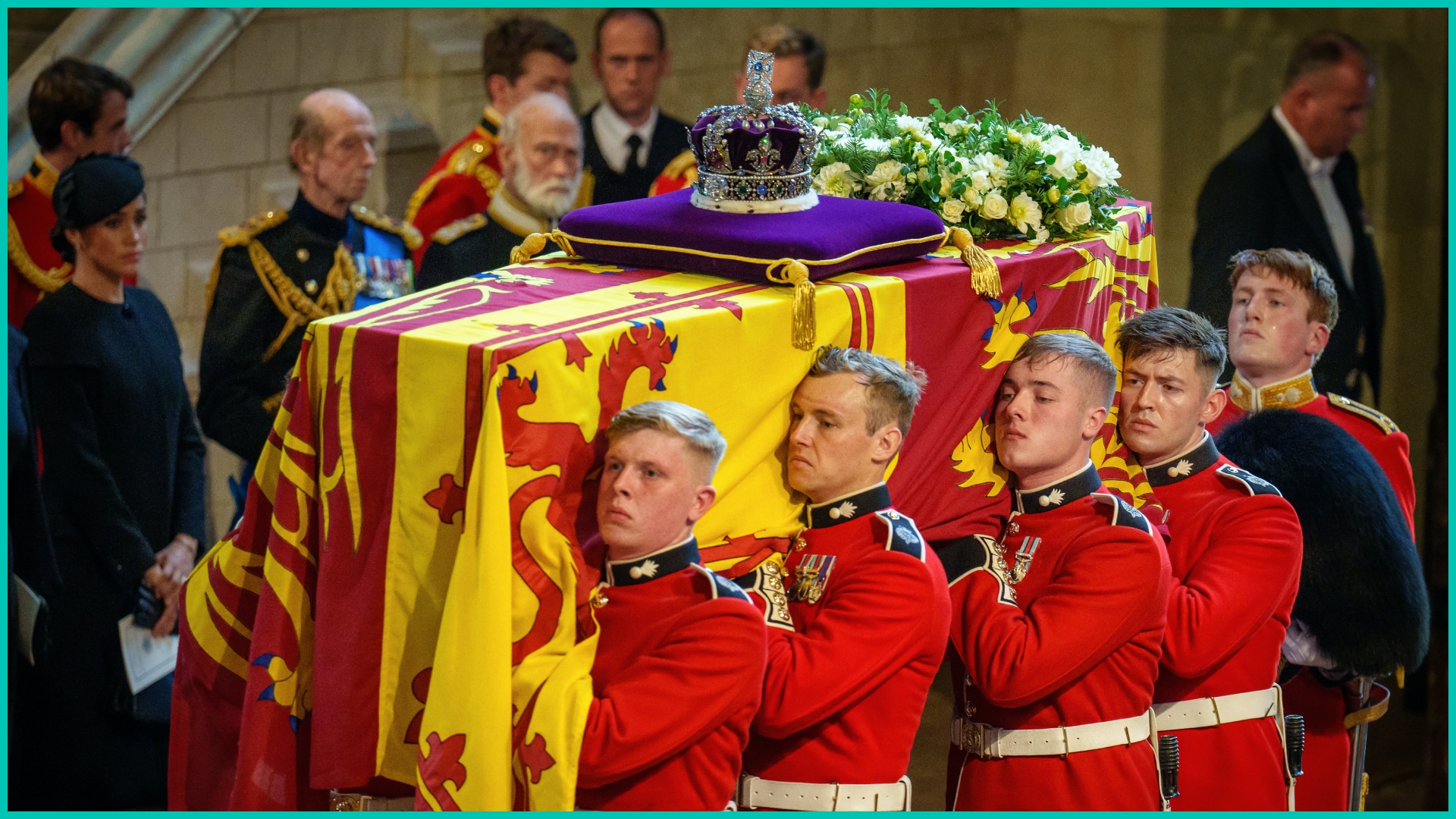 Well, the queen is the UK’s longest-reigning monarch. Last week, tens of thousands of people lined up for at least 12 hours to pay their respects at her casket in Westminster Hall. Now, many are prepared to say their final goodbyes, including some 500 international dignitaries and world leaders — like President Biden and Canadian Prime Minister Justin Trudeau. Today, the queen’s funeral begins at 6am ET, followed by two minutes of silence. She will be buried at Windsor Castle next to her husband, Prince Philip, at St. George’s Chapel. The government has declared her burial a bank holiday — meaning almost everything will be closed.

Wrong. Everything from stores, to schools, to many offices. The idea is so that everyone can watch the funeral procession, which police are describing as the “largest global protection operation.” Major supermarkets — which typically stay open for at least a few hours during other holidays — will be closed. Hospitals have postponed non-urgent elective surgeries and some cancer treatments. London’s Heathrow Airport canceled flights during the coffin procession in the early afternoon. Drones and flyovers have also been banned.

I can’t imagine everyone’s happy about this.

Right. Some movie theaters will remain open…they’ll just be screening the queen’s funeral. All of this has many worried about when they’ll get access to their health care at a time when everyone’s schedule has been put on hold. Others might be saying ‘au revoir’ to the money they spent on flights since cancellations won’t be reimbursed. The disruption will likely cost millions of dollars. And anti-monarchists are ringing the alarm to abolish the monarchy. Many are left wondering what changes will come with King Charles III at the helm — since he's hinted at a “slimmed down” monarchy.

Millions are mourning Queen Elizabeth II as she is laid to rest. But some cannot afford to have their life put on hold as the country honors her 70-year-reign.

Who had some big words to say...

President Biden. In last night’s “60 Minutes” interview, he said “the pandemic is over.” The remarks came after the Biden admin extended the COVID-19 public health emergency through the middle of October. And as an estimated 400 Americans continue to die from the virus every day — the third leading cause of death in the US. But while Biden acknowledged the US still has a “problem with Covid,” he said at least twice that he sees the pandemic as “over.” Admin officials were taken by surprise. Republicans are apparently questioning why Biden has requested additional funding and extended the public health emergency if the pandemic is over. The White House has yet to elaborate.

...Oh and Biden reiterated his position that the US would defend Taiwan in the event of an “unprecedented attack” from China. A White House official reportedly maintained that Biden’s statements didn’t signal a change in US policy.

Puerto Rico. Yesterday, Hurricane Fiona left the entire island and its 3.2 million residents without power. This latest outage comes after Hurricane Maria knocked out the island’s power grid in 2017 and left residents without power for months. Ongoing blackouts have been a problem ever since. Many have called on the local and federal governments to do more. But now, the power grid has failed again in the face of another storm. Fiona has dumped as much as 2 ft of rain — causing “catastrophic” flooding and potentially landslides. Luma, the island’s private electric company, says restoring power could take several days. Hurricane Fiona is now hitting the Dominican Republic.

Where people might feel a pinch in their pockets…

Hungary. Yesterday, the European Union proposed suspending about $7.5 billion to the country over democracy concerns and corruption. For over 10 years, Hungarian PM Viktor Orbán has tightened his reins on the country — putting limits on the press, undercutting the courts, and restricting other aspects of everyday life. The EU has struggled to respond to Orbán, who earlier this year won his fourth re-election by a landslide. Now, the 27-member bloc says it wants to make sure the EU’s budget is “sufficiently protected” and that Hungary isn’t breaking any rules. The budget cuts would come from “cohesion funds” — money that’s pooled together and used to help countries get their economies up to EU standards. Hungary has reportedly said it’ll submit some changes on Friday which could go into effect by mid-November.

Iran. Over the weekend, thousands protested the death of 22-year-old Mahsa Amini. Last week, Amini was arrested by morality police in Iran — reportedly over her hijab. She then died after three days in custody. Tehran police say she suffered from a heart attack. But many aren’t buying it and are accusing the morality police of beating Amini to death. Now, people are in the streets calling for justice — with some reportedly removing their headscarves in solidarity. One group says at least 30 people were injured. Iranian President Ebrahim Raisi has called for an investigation into her death.

Woody Allen. Over the weekend, the 86-year-old film director told a Spanish newspaper that he plans to retire after completing his current (and 50th film). He’s known for movies like “Midnight in Paris” and “Vicky Cristina Barcelona.” But Allen has mostly worked in Europe amid renewed scrutiny on sexual abuse allegations against him.

Who's claiming a major dub…

Who could be gearing up for a public debut…

Editor's note: The top story has been updated to reflect the correct start time of Queen Elizabeth's funeral.