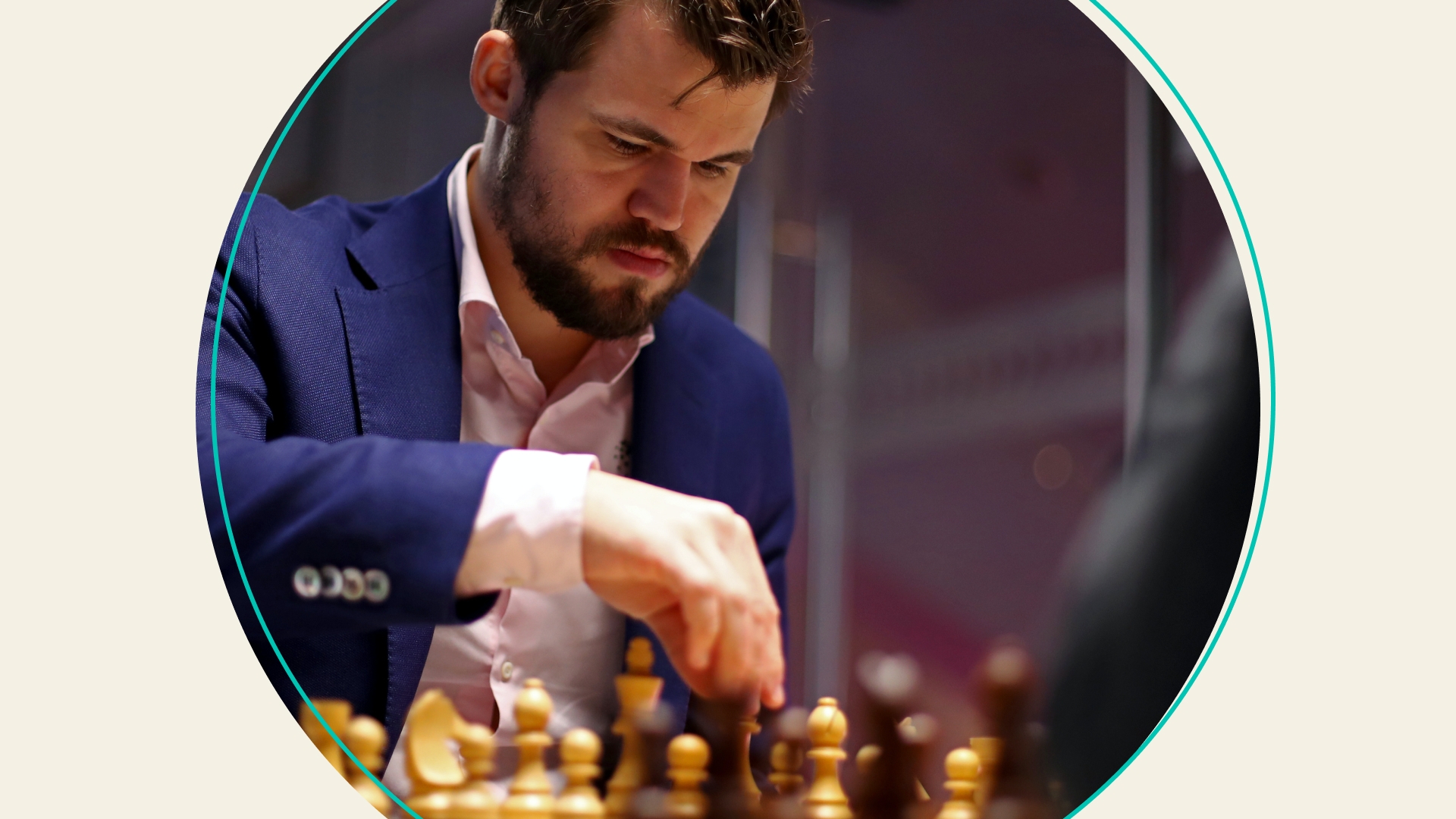 The chess cheating scandal is giving drama fit for a king.

Who are the players?

Magnus Carlsen and Hans Niemann. Carlsen — a 31-year-old Norwegian — has been ranked No. 1 in the world for more than a decade and won the past five chess world championships. He’s even been dubbed as “the Mozart of Chess.” Enter, Niemann. The 19-year-old American is ranked No. 49, and his rating has seen major gains over the past few years. Carlsen calls it “unusual.” Now that you’ve got the background, are you ready for the tea?

Give me the play-by-play.

Earlier this month, Carlsen withdrew from a tournament in St. Louis after losing to Niemann. He later posted this cryptic video, which some saw as an insinuation that Niemann had cheated. But Niemann — who fessed up to cheating when he was younger — credited his win as a “ridiculous miracle.” Now Carlsen’s openly accusing Niemann, saying he’s “cheated more — and more recently — than he has publicly admitted.”

But how could he have cheated?

Unlike a Real Housewives reunion, Carlsen hasn’t brought any receipts proving Niemann cheated. So there’s that. But there’s speculation that Niemann may have used a sex toy to cheat. Think: vibrations to communicate. Or that he snuck in a phone to look up plays in the bathroom.

A fellow chess grandmaster says Carlsen brought up “an issue the chess community wanted to pretend doesn't exist.” And International Chess Federation Director-General responded to the allegations saying “we need to follow procedures.” But Chess.com seems to already be taking sides and has banned Niemann from the website.

Talk about a game-changing accusation. It’s proving chess is more scandalous than we may have thought.

Hurricane Ian. Today, the Category 3 storm is expected to make landfall in Florida. It comes after Ian slammed into Cuba yesterday — knocking out the island’s electrical grid and leaving 11 million people in the dark. At least two people in Cuba have died as a result of the storm, according to local reports. Officials said crews are working to restore power as the island deals with widespread damage and flooding. In the meantime, Gov. Ron DeSantis (R-FL) has ordered 2.5 million people in coastal Florida to evacuate ahead of Ian’s arrival. The storm could make landfall between Tampa and Fort Myers. And could bring a life-threatening storm surge, up to 24 inches of rain, and powerful winds.

What's the latest with Russia...

These results. Yesterday, Russian officials said that residents in four occupied regions of Ukraine voted in favor of joining Russia. And that results ranged from 87% to 99% support. Reminder: Many Ukrainians reported that Russian troops coerced them to vote for annexation. And Ukraine and Western countries — including the US — condemned the referendums as a “sham.” Now, Sec of State Antony Blinken said that the US will impose “severe and swift costs” on Russia for going ahead with these referendums. Meanwhile, Russian President Vladimir Putin is expected to formally announce the annexation of Donetsk, Luhansk, Zaporizhzhia, and Kherson on Friday.

These leaks. Yesterday, European leaders said leaks in two Russian gas pipelines aren't an accident but a result of "deliberate actions." ICYMI, the Nord Stream 1 and 2 pipelines run from Russia to Germany and have been at the center of an energy standoff. Last month, the Kremlin entirely cut off gas for its Nord Stream 1 pipeline — blaming it on sanctions and maintenance issues. But many saw Russia’s move as retaliation. Now, Swedish seismologists are saying the leaks followed powerful underwater explosions. And that gas is leaking into the Baltic Sea. Polish and Ukrainian leaders are pointing fingers at Russia for the leaks. The cause is under investigation.

An experimental Alzheimer's drug. Yesterday, two pharma companies said their drug significantly slowed cognitive decline in a late-stage clinical trial. Lecanemab is an antibody treatment that targets sticky protein deposits in the brain. In a trial involving nearly 1,800 people with mild Alzheimer’s, the drug slowed the disease’s progression by 27% after 18 months. But the benefit came with side effects like brain swelling and bleeding. Still, the new results could put lecanemab on the fast track for FDA approval by January. It comes as another controversial drug, Aduhelm, was approved last year amid mixed feedback.

What cleared some hurdles…

This stopgap bill. Yesterday, the Senate decided to move forward with a bill needed to avoid a government shutdown. The temporary spending package got the green light after Sen. Joe Manchin (D-WV) agreed to scrap a controversial measure that would have expedited energy infrastructure projects. Now, Congress has to pass the bill before sending it to President Biden’s desk for his signature. And it all has to happen by midnight on Friday, or the gov enters a partial shutdown.

Who went from a quartet to a trio…

Who's granting more wishes than a genie in a bottle…