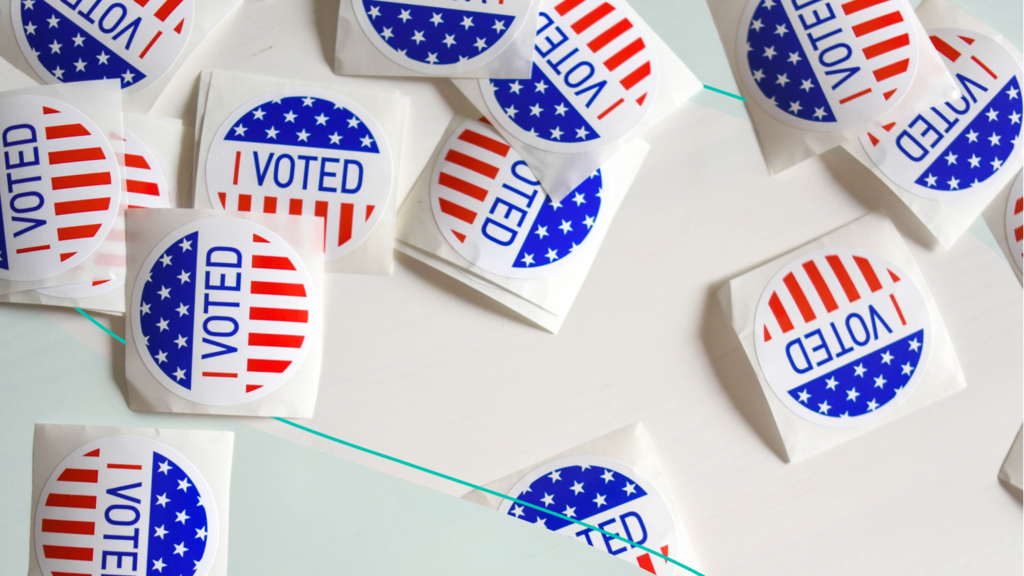 Does that mean I’ll finally stop getting political texts?

Probably not. But this week is the moment they've all been waiting for. More than 168 million Americans are eligible to vote in the midterm elections. And more than 40 million already did it. It’s a good reminder that while midterm elections may not be the flashiest, they’re important. And can be seen as a referendum on:

The party in power: With great power comes…the likelihood of losing it in the midterms. It’s typical for presidents to have gone into the midterms with control of Congress, only to have voters hand them a reality check. This year’s not expected to be different. Democrats have a slim majority (read: eight more seats in the House and a split Senate). And President Biden’s approval ratings are hovering at or below 40% — right where former President Trump’s were during his midterms. In the House, Dems could lose 20 seats or more. As for the Senate, a handful of states are looking especially tight.

The issues people care about: as in, there are a lot. Like the economy: many Americans are feeling the pinch on their wallets as inflation and mortgages reach highs. But low unemployment rates and GDP growth last quarter have simmered some recession rumors for now. There’s also abortion — a key driver for many women to the polls. Republicans have suggested a 15-week abortion ban while Democrats promise they’ll codify Roe. Other issues driving people to the polls: gun policy, crime, immigration, and climate change, among others.

The race for president isn’t the only election that matters. Tomorrow, voters are making their voices heard on everything from which party controls Congress to who’s on the school board. If you haven’t voted yet, make sure you’re registered and get a sneak peek at your ballot.

Where people could be getting bad news…

Meta. This week, the tech company is reportedly planning “large-scale layoffs” of its more than 85,000 employees. It’s unclear how many positions could be on the chopping block, but it’s expected to be the largest job cut since the company was founded in 2004. The news comes weeks after Meta profits took a nosedive following last month’s Q3 earnings report. The culprits: a decline in advertising sales and TikTok competition. It comes as Twitter went ahead with changes of its own, announcing it’ll let anyone pay $7.99 a month to get that sweet blue checkmark on their profile. But not everyone’s a fan of “Chief Twit” Elon Musk’s changes. Since he took over last month, a reported 900,000 users have deactivated their accounts. And 200,000 people have hopped on Mastodon.

Who could be playing peacemaker…

The Biden admin. Yesterday, reports said that the Biden admin had undisclosed talks with Russia to warn against using nuclear weapons. And that the US is pressuring Ukraine to open talks with Russia. According to the report, it's a plan to ensure Kyiv maintains support from Western countries that are growing “wary” of fueling a years-long war — what officials are apparently calling “Ukraine fatigue.” That’s especially true in parts of Europe, Africa, and Latin America, where the war’s sent the cost of food and fuel skyrocketing. But the push —according to anonymous sources — comes as the Biden admin accuses the Kremlin of escalating the war and “unwillingness” to engage in negotiations. President Volodymyr Zelenskyy has also shut down any future talks with Russian President Vladimir Putin. Last month, he issued a decree saying it was “impossible” to sit down with Putin.

Aaron Carter. Over the weekend, the singer and actor died. He was 34. Police say they’re investigating the “suspicious death.” Carter became a teen sensation in the late ‘90s and early 2000s with hits like “I Want Candy,” and “Aaron’s Party (Come Get It).” He also made appearances on “Lizzie McGuire” and “7th Heaven.” But Carter later said there was a dark side to his childhood fame and was open about his addiction and mental health struggles. His brother — and member of the Backstreet Boys — Nick Carter, blamed “addiction and mental illness” for his death. And in an emotional post wrote, “God, please take care of my baby brother.” Actress Hilary Duff remembered him as someone with “charm that was absolutely effervescent.”

Where things could get heated…

COP27. Yesterday, the UN kicked off its two-week-long climate change summit in Egypt. It comes after a UN report found the past eight years were on track to be the warmest on record, and that goals to limit global warming are “barely within reach.” And tensions remain over how wealthy countries — contributing the most to climate change — can make good on their $100 billion pledge to help poorer countries suffering the consequences.

While people in New York got sweaty...

So did the Houston Astros.