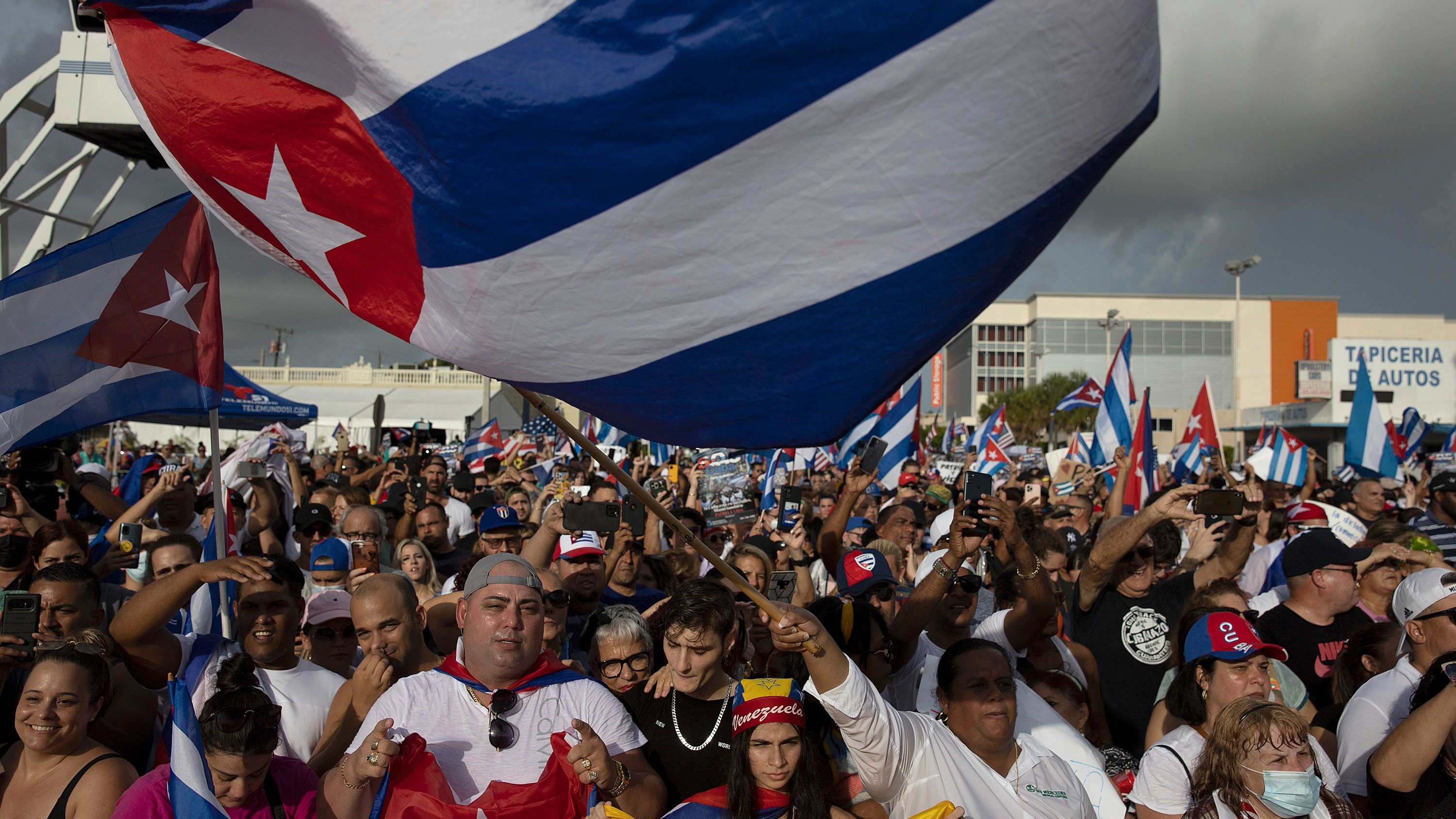 On July 11, thousands of Cubans marched, chanted, and called for an end to the communist regime that has been in power since 1959. It was reportedly the largest anti-government protest on the island in more than six decades. Demonstrators demanded better living conditions, health care, and access to basic necessities (like food). The protests spread to nearly 40 cities across the country, including its capital Havana.

Cuban President Miguel Díaz-Canel sent his security forces to dispel the crowds. Protesters were attacked, beaten, and shot at. Nearly 700 people were arrested, and now face trial – which so far has led to speedy convictions in pro-gov courts. Cuba’s president also shut down the internet, making it nearly impossible for Cuban citizens to continue sharing what’s been happening on the island with the world. Let’s break down how Cuba got here.

Here’s what led to the protests…

Some economists say Cuba never recovered from the Soviet Union’s 1991 collapse. Cuba’s link to the USSR provided the island with subsidies. After it fell apart, food became scarce, and residents didn’t have enough money to buy basic goods. Since then, Cuba’s communist government refused to switch to a market economy – like other communist countries did (think: China and Vietnam) – where businesses set the prices of their goods and services instead of the gov. As a result, Cuba’s economy remained stagnant.

Díaz-Canel blames the US’s trade embargo, which President John F. Kennedy enacted in 1962 – banning all US exports and imports to and from Cuba. After President Obama loosened restrictions at the end of 2014, embassies opened in Havana and DC. And flights and cruise ships helped visitors journey back and forth. In 2017, President Trump later tightened restrictions, allowing people to only travel to Cuba in educational, professional, and humanitarian groups.

Flash forward to 2020: Cuba closed its borders for eight months, amid the COVID-19 pandemic. Food couldn’t be imported, and money that came in from tourism as well as Cubans living abroad who sent gifts to their family also stopped. Lockdown meant people couldn’t work and earn wages. This caused prices to skyrocket while residents waited almost eight hours in lines just to buy food. Electricity outages became more frequent. And COVID-19 infections increased, putting a strain on the country’s health care system.

Here’s what the Cuban government is doing…

Faced with an economic crisis, Díaz-Canel promised reform. But it was too little too late. Many Cubans had lost faith in the gov after listening to decades of failed reform assurances from the previous president, Raúl Castro. When the protests started in July, Díaz-Canel told his supporters to ‘take back the streets.’ And responded with an authoritarian crackdown. Fear of job loss and gov retaliation spread across the island. Police stalked protesters’ houses, beat demonstrators, went door to door to make arrests, and detained hundreds of activists. State-run media spread misinformation about protesters. And authorities held trials for the detainees behind closed doors and without any lawyers present. The gov also forced people to participate in rallies in support of the regime.

Here’s how the world is responding…

Activists rallied in front of the Cuban embassy in DC and around the world in support of Cuban protesters. 184 countries voted yes in June to a new UN resolution calling for the White House to end the trade embargo against Cuba. President Biden promised to reverse Trump’s tight restrictions against Cuba, but hasn’t yet.

Currently, he’s reconsidering the existing policy, like allowing remittances. And said the US would send COVID-19 vaccines – to which Cuba’s president said ‘we don’t need an intervention.’ The Biden admin also imposed sanctions on several Cuban officials over human rights abuses. And later joined 20 other countries to condemn Cuba for the crackdown and demand that the internet be restored. Mexico said it will send two ships full of food and medical supplies to Cuba in an act of “international solidarity.” Cuban athletes and artists also publicly expressed their support for protesters.

A crippling economy, food shortages and the COVID-19 pandemic are causing the quality of life in Cuba to deteriorate fast. Tired of being promised reforms for years and fueled by young activists on social media, Cubans are protesting for their basic rights and needs. Now, many are eyeing the White House to see what actions the Biden admin takes to help ease difficulties.