Where Are Abortions Rights in Danger in the US? 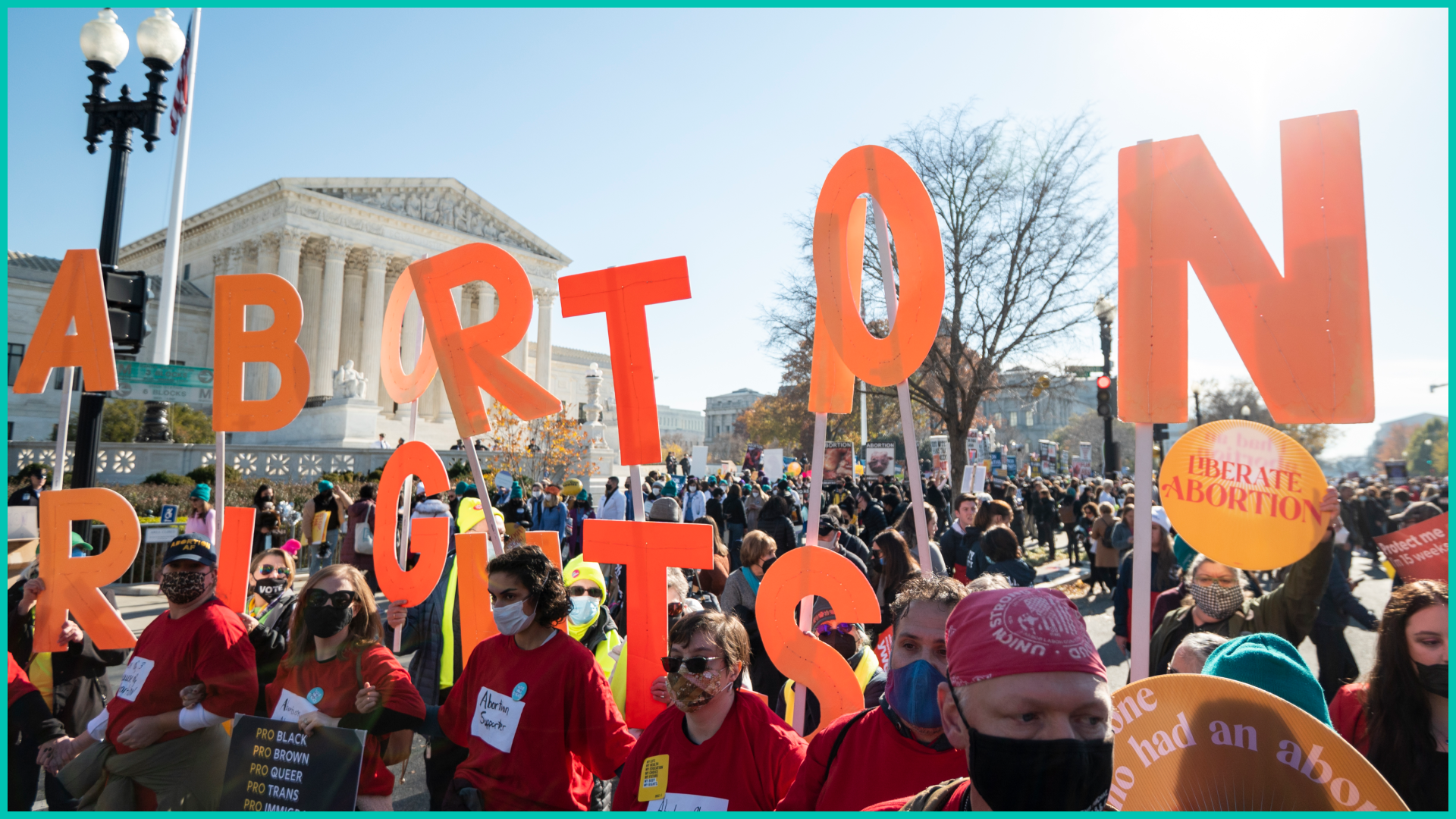 Abortion rights are in question in every corner of the United States. That was made even more clear after the Supreme Court's leaked majority opinion draft on Dobbs v. Jackson Women's Health — an abortion case out of Mississippi. In a Politico exclusive, the draft shows that the Supremes are planning to end a woman’s right to an abortion. While it’s subject to change, it’s left many lawmakers, advocates, activists, women, and allies reeling.

Important note: At this time, abortion is still legal in the US. And a final decision on the Mississippi case — the most significant challenge to Roe v. Wade in nearly three decades — is not expected until June or July.

While the country waits for the Supremes' final (and official) decision, states haven't been waiting. In the last few years, Republican legislatures have passed laws challenging the precedent. The latest one to take on this issue: Oklahoma. In May, Gov. Kevin Stitt (R) gave the ‘OK’ to the nation's strictest anti-abortion law. More on that below. Here’s your Skimm on how anti-abortion bills and laws are unfolding in 2022.

Action around abortion in 2022

So far this year, more than 541 abortion restrictions have been intro’d in 42 states. In March, Idaho’s governor signed a bill banning abortion after six weeks of pregnancy. Florida's 15-week abortion ban is set to go into effect in July. And Missouri lawmakers passed a bill in April that would criminalize mail-order abortion meds, among other things. Here's a look at what legislation is taking shape in each state. But a few states in particular have been dominating the headlines…

The Sooner State has passed three major anti-abortion bills. Surprising no one, since Gov. Stitt wants Oklahoma to be "the most pro-life state in the country." Here's what state officials have done...

These measures effectively end abortions in the state. And are considered a major blow for abortion rights advocates and those seeking the procedure. But it doesn’t just affect women in Oklahoma.

Since TX enacted its six-week ban on abortion last year, Oklahoma has become one of the biggest out-of-state abortion destinations for Texans. But with Oklahoma’s new laws, many women will have to travel further for care — placing a greater strain on facilities in other states.

PS: We spoke to an abortion provider in Oklahoma about what it’s like to work at a clinic with these laws in place. Here’s what she said.

In 2018, Mississippi’s Republican-led state legislature passed a law that banned most abortions after 15 weeks. Lower courts ruled against it, saying it goes against the Supremes’ precedent with Roe v. Wade. But Mississippi urged the court to overturn Roe, calling the ruling “egregiously wrong.” (Remember those words, they'll come up later.)

The case made its way up to the Supreme Court. Justices heard arguments back in December. And suggested they were ready to discard the standard.

Now, it appears that the justices are set to side with Mississippi. Justice Samuel Alito echoed Mississippi's court in the drafted opinion and wrote “Roe was egregiously wrong from the start.” And Justice Clarence Thomas plus all three of President Trump’s appointed justices voted ‘yes’ to overturning Roe, according to the leaked doc.

But remember: SCOTUS’ decision isn’t final until it is published — which could likely happen in the next month or so. So stay tuned.

In Sept. 2021, Gov. Greg Abbott (R) signed a law that bans abortions after a fetal heartbeat is detected. No exceptions for cases of rape or incest. It also gives private citizens — not state officials — the power to enforce the abortion ban. Meaning people can sue abortion providers, friends, and family members who they believe violated the law or helped someone get an abortion (think: by providing financial assistance or driving someone to a clinic). And they can get at least $10,000 if they’re successful. The patient getting an abortion can’t be sued.

Since the law took effect, abortion providers have seen visitations plummet. And reports have shown the impact the law has had on women there: causing them to travel far out of state (like Oklahoma, previously) to get the procedure done. Or turn to abortion-inducing meds. One physician even publicly spoke out on why he violated the law. (Note: he has since been sued by two people, and neither of them live in Texas.)

After a back-and-forth between federal courts, the Department of Justice turned to the Supremes to take action. To this day, the high court has refused to block the law. Instead, it’s allowed lower courts to decide its fate. And on March 11, Texas' Supreme Court (made up entirely of Republicans) rejected the federal challenge on the ban. Meaning: Private citizens are effectively encouraged to report providers suspected of breaking the law.

The future of abortion rights in the US

If Roe v. Wade were overturned, abortion policy would fall to states. And some states have trigger laws that would automatically outlaw abortion. People living at or below the poverty line would be most affected, since data shows that the majority of people who get abortions are poor or low-income and can’t afford to travel as far for the procedure.

Meanwhile, the federal gov is hoping to make some changes with abortion rights, including with…

2022 isn’t just an important year because of the potential SCOTUS ruling — there are also the midterm elections. And, surprise: Abortion will be a key issue. Since the majority of Americans think the Supreme Court should uphold Roe v. Wade.But as we said, depending on how the bench officially rules on the Mississippi abortion case, it could give lawmakers more power to regulate abortion.

And while there’s no presidential race in 2022, you’ll be able to vote for lawmakers who can make a difference. Whether they’ll be voting on abortion legislation or confirming a president’s Supreme Court justice nominee. (Think: Potentially influencing the court’s future rulings on similar cases.)

Abortion is a complex issue that encompasses debates around privacy, women’s rights, and the role of government, as well as difficult questions about when life begins. For many Americans, it’s not as cut and dry as politics increasingly make it out to be.

Updated on May 26 to reflect that Oklahoma’s governor signed the nation’s strictest abortion ban into law.

Updated on May 19 to reflect Oklahoma’s latest abortion legislation.