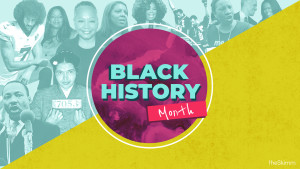 Great leaders like Martin Luther King Jr, Rosa Parks, Shirley Chisholm and a number of other black Americans have cemented their legacies in history. And black history is living history. So this year we are highlighting some of the living Americans and current movements championing today’s biggest issues -- these are just some of the people and movements who will likely join their predecessors in the history books...

African-Americans weren't allowed to vote in the US until the 15th Amendment to the Constitution in 1870. But for almost a century after that, black people continued to be excluded from voting due to discriminatory methods like poll taxes and literacy tests. The Voting Rights Act of 1965 prohibited states from using those methods to ensure African-American and other minority voters around the country had the right to vote. Then, in 2013, the Supreme Court struck down a part of the act making it easier for states to change voter laws without federal approval. Meaning it could potentially be easier to deny minorities the right to vote with things like voter ID laws or redistricting maps. During the 2018 midterm elections, this played out in states like Georgia and Ohio. Here's what could change that...

In 2015, two Dem lawmakers – Rep. Terri Sewell (D-AL) and Sen. Patrick Leahy (D-VT) – introduced the Voting Rights Advancement Act to bring back the protections from the Voting Rights Act. It didn't gain enough support and was reintroduced in 2017. But here’s some of the things the act would do: It would create a new process to identify which states have a pattern of discrimination and need federal approval before making changes to local voting laws and practices. And would make it so that changes to voting rules happen at least 180 days before an election. It would also protect voters from changes that would likely discriminate against minorities (think: limiting access to voting materials in other languages or relocating polling places). Unclear if this will come up again this year but it would be a significant step towards protecting voters.

In the past few years, sexual assault, harassment, and misconduct have become an unprecedented part of the national conversation. Here are a few people who’ve been advocating on behalf of survivors of sexual violence and misconduct...

You know that #MeToo has been the rallying cry against sexual misconduct. But the term goes back way before 2017. Tarana Burke – an activist and sexual assault survivor – founded the movement more than 10 years ago. The idea: to break silence and show solidarity for black women and girls who’ve experienced sexual violence – and help them find support. Burke also started a page about her movement that got traction on MySpace. The phrase took a new life on outlets like Twitter and Facebook after news stories came out about Harvey Weinstein and many others. Since then, the movement has taken off and Burke has used her platform to continue advocating for women and girls and connecting them to resources they need in order to heal. Most recently, she appeared in the Lifetime docuseries “Surviving R. Kelly,” ramping up pressure on companies to cut ties with the singer for his alleged abuse and pedophilia.

Former WNBA president Lisa Borders was the first president and CEO of Time’s Up, the women’s defense fund working to provide legal help to people who’ve experienced sexual misconduct in the workplace. The fund has raised more than $22 million since it was started last year. Borders joined the org in October and has been working with hundreds of lawyers to help provide legal support for thousands of women and men who’ve come forward as survivors of harassment. In February 2019, she stepped down due to family reasons.

In 2004, Kym Worthy became the first black woman to serve as county prosecutor in Detroit’s Wayne County. She made it a priority to test the more than 11,000 rape kits that had been left untested in a police warehouse in the city, some since the ‘80s. Rape kits involve an invasive process to gather DNA following an assault. They’re used to help identify and prosecute rapists and protect people from attacks. But an estimated hundreds of thousands of rape kits have been left untested throughout the US due things like strained resources. Worthy’s push to investigate the kits in Detroit has led to the discovery of more than 800 serial rapists.

The Issue: The Gender Pay Gap

Women on average make less money than men – and black and Hispanic women in the US are disproportionately affected. Think: an average of 63 and 54 cents respectively for every dollar a man makes. The World Economic Forum found that there’s literally no country in the world where the gap doesn’t exist, and depending on where you live it could take decades or centuries to close it. Here’s one person who’s been pushing to speed things along…

Letitia "Tish" James the former New York City Public Advocate (current state AG) who helped make it illegal for companies in the city to ask prospective employees how much they’ve been making. Equal pay advocates say that questions like this can perpetuate the pay gap by anchoring women to their previous salaries, and making it harder for them to negotiate a higher salary when they switch jobs. NYC was reportedly the first US city to do this when the law James proposed went into effect in 2017. Since then, several other cities and states (eg Massachusetts) have apparently followed in its footsteps.

The US incarcerates its citizens at a higher rate than any other country in the world – and those rates are five times higher for black Americans than for whites. Last year, President Trump signed the bipartisan First Step Act, which is expected to ease sentences for thousands of inmates in federal prisons. But the law doesn’t directly affect the more than 2 million people in state prisons. Many say there’s much more work to be done. Meet…

There are a variety of orgs from across the political spectrum that have moved the needle on criminal justice. The ACLU, the Sentencing Project, and others pushed for the First Step Act to include sentencing reform – now a key element of the law. #cut50 is an org co-founded by CNN commentator Van Jones that aims to cut the US prison population by 50%. It was also seen as crucial in rallying support for the law. These and other orgs are continuing to push for change on the state and federal level. The Marshall Project is a nonprofit news org that covers criminal justice, putting otherwise buried stories in the public eye. The Innocence Project has helped to overturn what it says are hundreds of wrongful convictions.

Alton Sterling. Tamir Rice. Eric Garner. Stephon Clark. Emantic “EJ” Bradford Jr. Freddie Gray. Michael Brown. Trayvon Martin. Sandra Bland. These are some of the African-Americans killed by police or while in police custody in the past few years. And their deaths have spurred national movements for change in this country. Meet...

The co-founders of the Black Lives Matter movement. Their work has helped bring names like Michael Brown and Freddie Gray and the issue of racial injustice into the national conversation. The movement is focused on empowering people to step up when violence is inflicted on the black community and to work on ensuring that black people receive equal justice. And it continues to be committed to creating a world where every black person has social, economic, and political power to succeed.

He sparked the #TakeAKnee movement, going from star quarterback for the San Francisco 49ers to political activist. In 2016, he knelt several times during the National Anthem in protest of police shootings of black men and other social injustices black people face in the US. And people noticed. Other NFL players started joining in, some kneeling, some raising their fists during the anthem. The movement sparked a very heated debate about the role of activism in sports. Kaepernick – who's now a free agent – accused NFL owners of colluding to keep him from being signed. Meanwhile, in the past few years, he donated $1 million to charities that work in oppressed communities. Last year, he was featured in Nike’s ad campaign commemorating the 30th anniversary of "Just Do It." His ad went along with the caption "Believe in something. Even if it means sacrificing everything.” It was widely seen as controversial as the company made a political statement and was willing to risk backlash to stand by Kaepernick (you might have seen #NikeBoycott online). However, Nike sales jumped after the ad went live – and many showed their support not only for the brand, but for Kaepernick. The NFL, on the other hand, is still trying to figure things out. It agreed to donate nearly $90 million to social justice causes. But is pushing pause on its national anthem policy (the one that any player on the field would be expected to stand) while the org talks things out with the players' association. Expect to hear more on this.