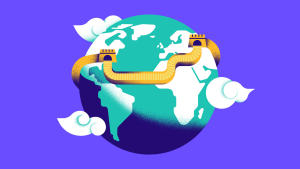 We sure do. And all of this means that it’s well positioned to exert more influence globally than most countries. Think: using surveillance to monitor text messages, censoring the internet,using facial recognition tech to identify and fine jaywalkers. We kid you not.