Thing to Know: 'Defund the Police' 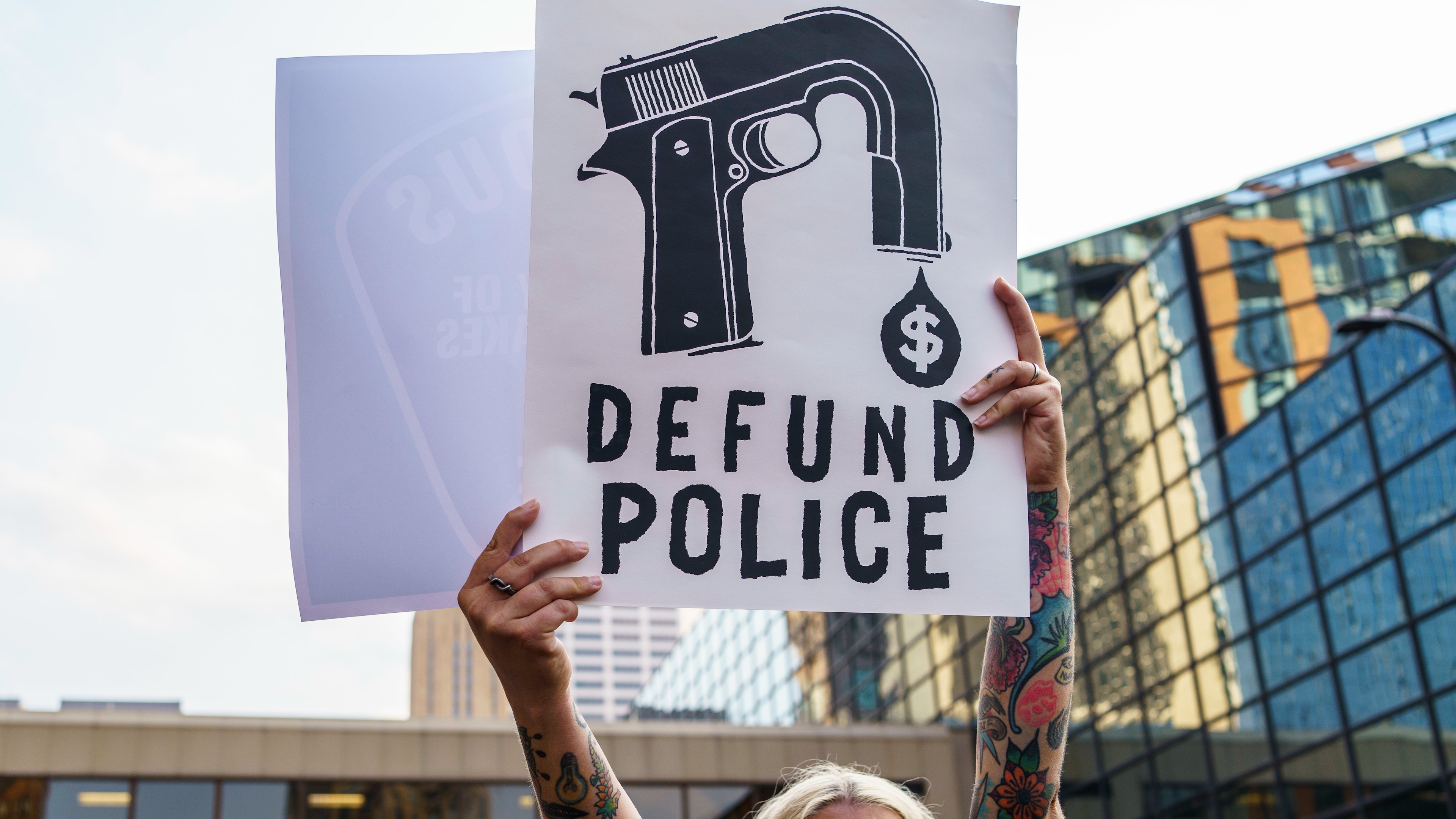 In May 2020, George Floyd was murdered in Minneapolis by then-police officer Derek Chauvin – who knelt on Floyd’s neck for 9 minutes and 29 seconds. His death sparked nationwide protests against systemic racism and police brutality. And paved the way for conversations around police reforms to better protect Black Americans. And many have chanted “defund the police” as an answer. Since then, the term has been used as a political weapon – fueling partisanship against progressives who support the movement. So let’s answer a key question first...

What Does “Defund the Police” Really Mean?

Over the past 40 years, police spending in the US has reportedly tripled – making the country a world leader when it comes to incarcerations and police killings. The "defund the police” movement aims to cut how much of a local budget goes to the police force. And reallocate those funds to boost social services like housing, education, and mental health resources.

But not everyone is on board. An Ipsos/USA Today poll from earlier this year found that support for “defunding the police” has decreased among Americans since 2020. Only 18% of respondents support movement. White Americans (67%) were more likely to oppose it – and only 28% of Black Americans surveyed were in favor of it. Police officers have also chimed in, arguing they’re necessary to keep cities safe. And in the past, police unions have been particularly resistant to reforms. But advocates say that communities would benefit from investing more in social programs versus police departments.

There are two cities that have set an example for what policing in different parts of the country could look like under the movement: Compton, California, which in 2000 disbanded its police department amid high levels of crime – leaving the county sheriff’s department to take over policing. And Camden, New Jersey, which in 2013 disbanded its department and replaced it with a new force to cover the county.

In the aftermath of Floyd's death, cities like Austin, New York, and Los Angeles reduced or pledged to reduce the budget for their cities’ police departments. Austin has also rerouted certain 911 calls to 311, in which police won’t respond to non-emergent situations (think: car crash that doesn’t require towing, theft, or a suspicious car or vehicle). Except, crime rates have gone up since then. And these cities have since reallocated more cash to the departments. Meaning: Cities are still trying to strike the balance. And not every "defund the police" attempt has been successful.

And then there’s Minneapolis. On Nov 2, residents will vote on a measure that would replace the police department with a Department of Public Safety. If residents say ‘yes,' the city would add professionals like social workers and mental health and crisis experts to the public safety department. And the city would eliminate its required minimum number of officers, but still keep some on the force.

Right now, it’s unclear if it’ll pass. That’s because residents appear torn. One local news poll published in September found 49% of voters support the measure, with 41% opposing it. Forty-two percent of Black voters were in favor of the change while 47% weren't. Plus, 51% of white voters supported it and 40% didn't. Factoring in the division on the movement, this vote is set to be one of the first big tests of police reform since Floyd's death.

Since 2020, the movement to reform police departments has quickly gained traction. And officials across the country have vowed to make change – something activists say is needed to help eliminate systemic racism in our society. But how many towns and cities actually follow through on these reforms, particularly the “defunding the police” movement, remains to be seen.