Ebola Outbreak: How the virus spreads 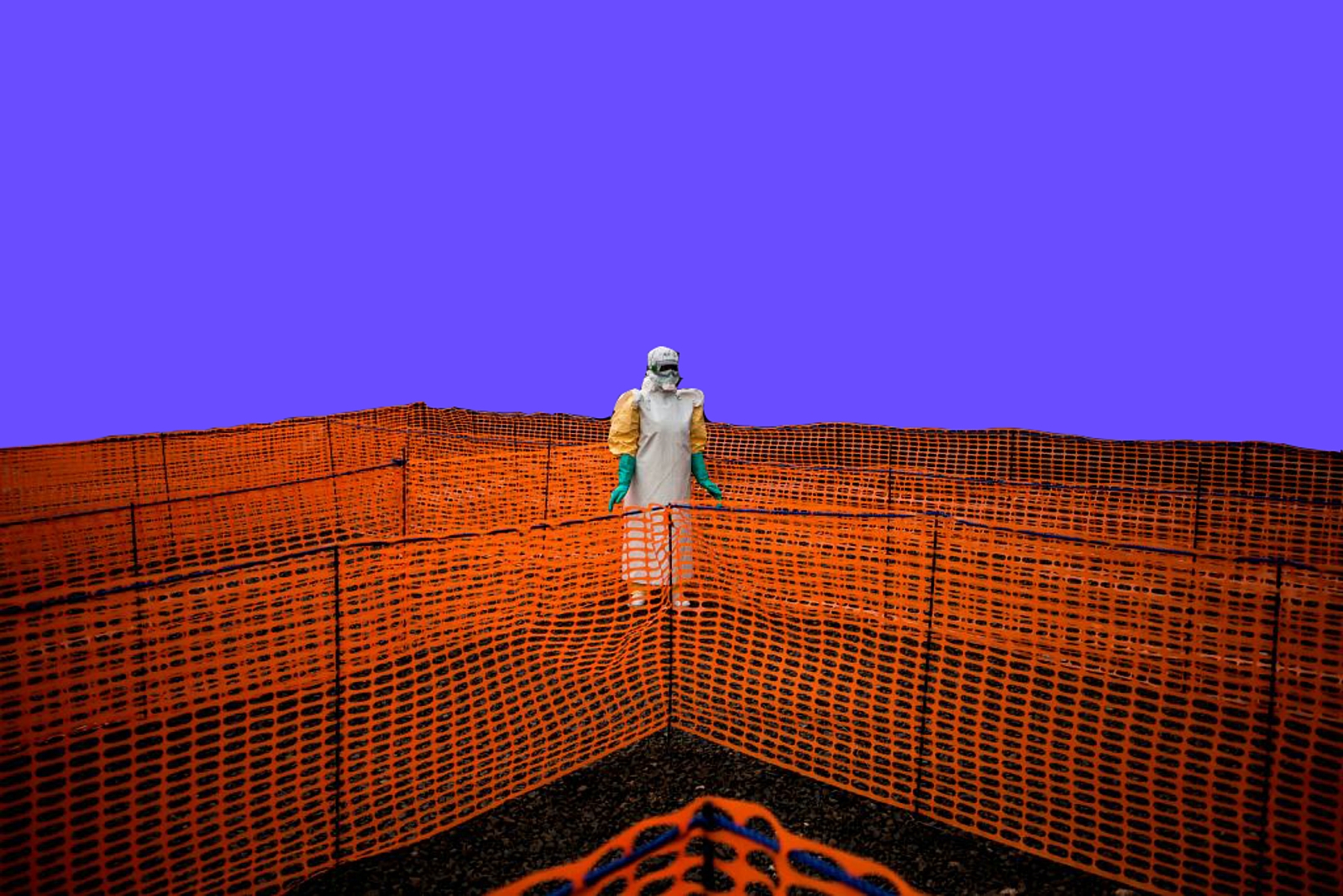 We recently experienced the

It’s a virus that

(think: fever, headache), but can get scarier later on (think: internal and external bleeding, hemorrhaging).

, there was no vaccine

and there’s still no specific cure. Without access to the right health care, the mortality rate can be

How do you get it?

of an infected person or animal. Health officials say Ebola is only contagious when someone is showing symptoms. That’s why health workers who treat Ebola patients wear head-to-toe protective gear. The virus can be in a person’s body for up to 21 days

Where does ebola come from?

The first known case was in

. The virus gets its name from the Ebola River in the Democratic Republic of the Congo...for no reason other than the researchers saw it on a map and thought it sounded like a good name for a disease. Scientists think Ebola comes from

, and people get the virus by coming into contact with things that have the bats’ bodily fluids on them. The 2014 outbreak is believed to have started at the end of 2013 when

a baby in Guinea

got Ebola from an infected animal. Then, the virus spread

. In those countries, health workers dealt with very limited resources, but also a stigma. The disease is seen as so

How did it come to the US?

flew from West Africa to the US in September 2014. Just a

, Duncan was in Liberia and helped transport a pregnant woman with Ebola to the hospital for treatment. He started showing symptoms after arriving in the US, was treated in isolation in a Dallas hospital, and passed away. Two health care workers who treated him also contracted the virus, raising lots of questions over whether the US was prepared to handle treatment. The US dealt with a total of

Is the crisis over?

For now. The World Health Organization