Your primer on climate change 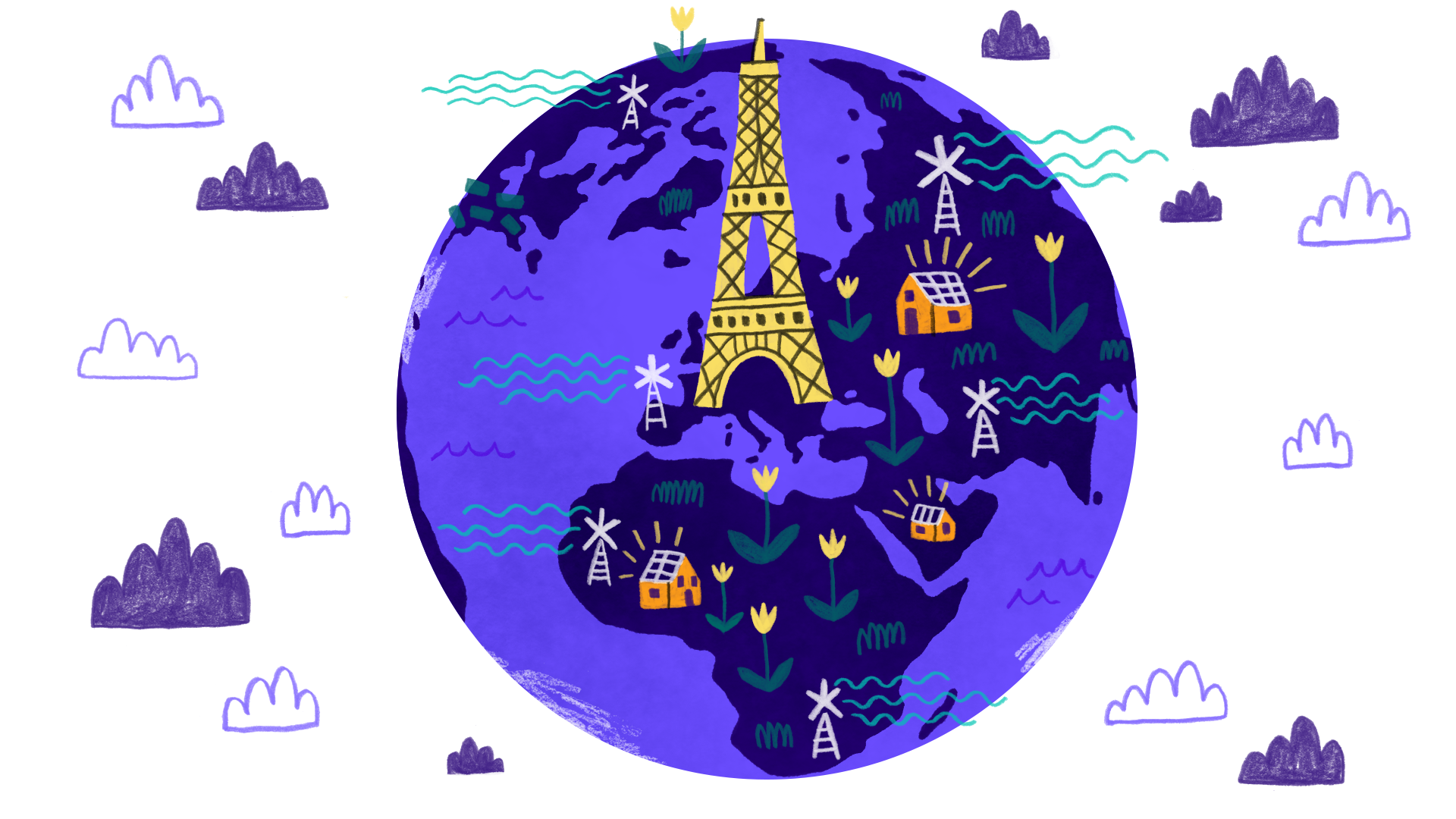 Climate change news can be hard to keep up with. And there‚Äôs been a lot of it lately. So we asked our app users to text us their biggest questions this week. We put together an exclusive Skimm with the answers. Here‚Äôs a preview:

What is climate change?

A change in global or regional climate patterns. Global warming is essentially a symptom of climate change. It works like this: the earth gets¬Ýlight and heat energy¬Ýfrom the sun. Thanks, sun. It transforms some of that energy and releases it back into the atmosphere. For that energy to be able to get out of town, it has to go through a layer of greenhouse gases. The more gases, the harder it is for that energy to escape back into space. So the energy gets trapped, and as it sits there in the atmosphere, it heats everything up.

Scientists agree humans are to blame for the rise in greenhouse gases that are warming the planet. We create carbon dioxide (a greenhouse gas) when we burn fossil fuels ‚Äì things like oil, gas and coal ‚Äì to produce energy for things like cars and electricity. Another main culprit: the methane (which contains carbon) released by things like gas production or livestock waste. Poooo. All of these emissions trap heat in earth‚Äôs atmosphere.¬ÝMore emissions = more heat. Btw, estimates show China is the biggest producer of greenhouse gas emissions (looking at you,¬Ýcoal). The US ‚Äì which has¬Ýhistorically¬Ýcontributed more to emissions ‚Äì is second.

So what‚Äôs happening as a result?

Rising sea levels, melting ice caps, heavier rainstorms, droughts, flooding, intense heat waves, more extreme¬Ýwildfires¬Ýand hurricanes. See: Florence, Harvey, Irma, and Maria, just to name a few. Climate change doesn‚Äôt necessarily cause bad weather but it can make these events more devastating. It means that ocean water is warmer, which means more water vapor in the air. Which means it condenses into more clouds, and becomes more rain. The ocean‚Äôs heat also means that storms are getting very intense,¬Ývery quickly. All of which adds more fuel to a storm‚Äôs fire.

What are these deadlines I keep hearing about?

In October, the UN¬Ýput out a report¬Ýsaying that we have until 2030 to massively reduce greenhouse gas emissions or risk a severe climate crisis in our lifetimes. As in more frequent droughts and flooding, and extreme heat that could lead to things like food shortages and potentially affect hundreds of millions of people. The report was written by almost 100 international experts on climate change, looking at more than 6,000 studies.

Speaking of, what‚Äôs all the latest research?

Many areas around the world are already experiencing the severe effects of climate change. Cities, states, and countries are taking action ‚Äì but climate experts say they‚Äôre not enough. Here‚Äôs how you can make an impact.