The debate over gun control 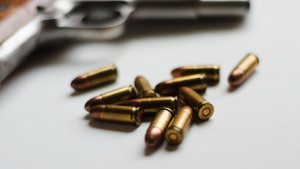 Americans are the most heavily armed people in the world per capita. Depending on whom you ask, this is either ‘great’ or ‘just...great.’

Gun culture is a huge part of American life. And has been since Alexander Hamilton’s friends wrote the 2nd Amendment (right to bear arms). The ‘hands off my guns’ side says it’s about being able to defend yourself and your family. But the other side points out that tens of thousands of people are killed by guns each year. And since weapons have gotten much deadlier since Americans were in colonial clothes, it’s time to stop making guns so accessible.

Tell me about the NRA.

Meet the biggest and most influential pro-gun lobby in Washington, DC. The NRA reportedly has millions of members. It heavily funds the campaigns of pro-gun lawmakers, publicly‘grades’ them on how they voted for gun control bills, and rallies its community to vote for pro-gun measures.

Mass shootings happen all the time. But one of the worst in recent memory was Sandy Hook. In 2012, a gunman killed 20 kids and six adults with an assault rifle at Sandy Hook elementary in Newtown, CT. President Obama tried to get new gun controls through Congress. Think: universal background checks, a ban on assault weapons. But the NRA and its members pressured their lawmaker friends into voting against these reforms. Nothing was passed.

After Sandy Hook, President Obama had to give remarks on at least eight mass shootings. Then Orlando happened. In June 2016, a shooter killed 49 people and injured 53 in an Orlando, FL gay club. The shooter spent some time on the FBI’s terror watch list, but was taken off when they couldn’t find hard evidence. Even if he had still been on the list, he could have bought a gun. Congress considered banning those on federal terror watch lists from getting guns, and requiring universal background checks. Nothing was passed.

In September 2017, a gunman killed at least 58 people at a concert in Las Vegas in the worst shooting in modern US history. The gunman’s believed to have legally purchased the 23 weapons he had with him. While Nevada has some of the most lax gun laws in the country, one restriction is against fully automatic weapons. But he used a legal device called 'bump stocks' to basically turn a semiautomatic into an automatic. In November 2017, a gunman killed at least 26 people inside a church in a small south Texas town using an assault rifle. This happened during a morning service in Sutherland Springs – a small, tight-knit community of a few hundred people. A local resident fired back at the gunman outside the church as he fled in his car. It was the worst mass shooting in Texas history.

In February, a 19-year-old gunman killed at least 17 people at a high school in Parkland, FL. It was one of the deadliest school shootings in US history. The gunman was armed with a semiautomatic rifle and was a former student who was expelled for disciplinary reasons. The FBI got tips about him, but says it didn’t act on them. Now, the survivors of the shooting are becoming the new faces of gun control and are calling for lawmakers to pass stricter gun control legislation.

What the GOP says...

Guns don't kill people. People kill people. We need more guns in the hands of those who could fight back. Many who carry out mass shootings are mentally ill. Instead of limiting access to guns, let’s shape up the mental health system to give these people support before they get violent.

’Thoughts and prayers’ are not enough. The Second Amendment was written hundreds of years ago. It doesn’t make sense in today’s world to have military assault weapons on the streets. Let’s ban them. And yes to mental health reform.

A majority of Americans believe that gun laws should be stricter. Most people want expanded background checks and a ban on assault weapons. TBD on whether Congress can work out a compromise.