Gun Control Debate: The opinions on both sides 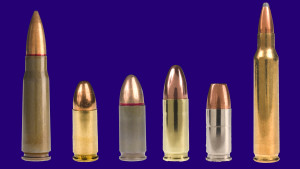 Americans are the most heavily armed people in the world per capita. Depending on who you ask about the Second Amendment

Tell me about the NRA.

Meet the biggest and most influential pro-gun lobby in Washington, DC. The NRA reportedly has

Mass shootings happen all the time. But one of the worst in recent memory was

at Sandy Hook elementary in Newtown, CT. President Obama tried to get

After Sandy Hook, President Obama had to give remarks on at least

. Then Orlando happened. In June 2016, a shooter killed 49 people and injured 53 in an Orlando, FL gay club. The shooter spent some time on the FBI’s terror watch list, but was

when they couldn’t find hard evidence. Even if he had still been on the list, he could have bought a gun. Congress considered banning those on federal terror watch lists from getting guns, and requiring universal background checks.

In September 2017, a gunman killed at least 58 people at a concert in Las Vegas in the worst shooting in modern US history. The gunman’s believed to have legally purchased the 23 weapons he had with him. While Nevada has some of the most

in the country, one restriction is against fully automatic weapons. But he used a legal device called 'bump stocks' to basically

turn a semiautomatic into an automatic

In February, a 19-year-old gunman killed at least 17 people at a high school in

It was one of the deadliest school shootings in US history. The gunman was armed with a semiautomatic rifle and was a former student who was expelled for disciplinary reasons. The FBI got tips about him, but says it

didn’t act on them.

What the GOP says...

Guns don't kill people. People kill people. We need more guns in the hands of those who could fight back. Many who carry out mass shootings are mentally ill. Instead of limiting access to guns, let’s shape up the

’Thoughts and prayers’ are not enough. The Second Amendment was written hundreds of years ago. It

A majority of Americans believe that gun laws