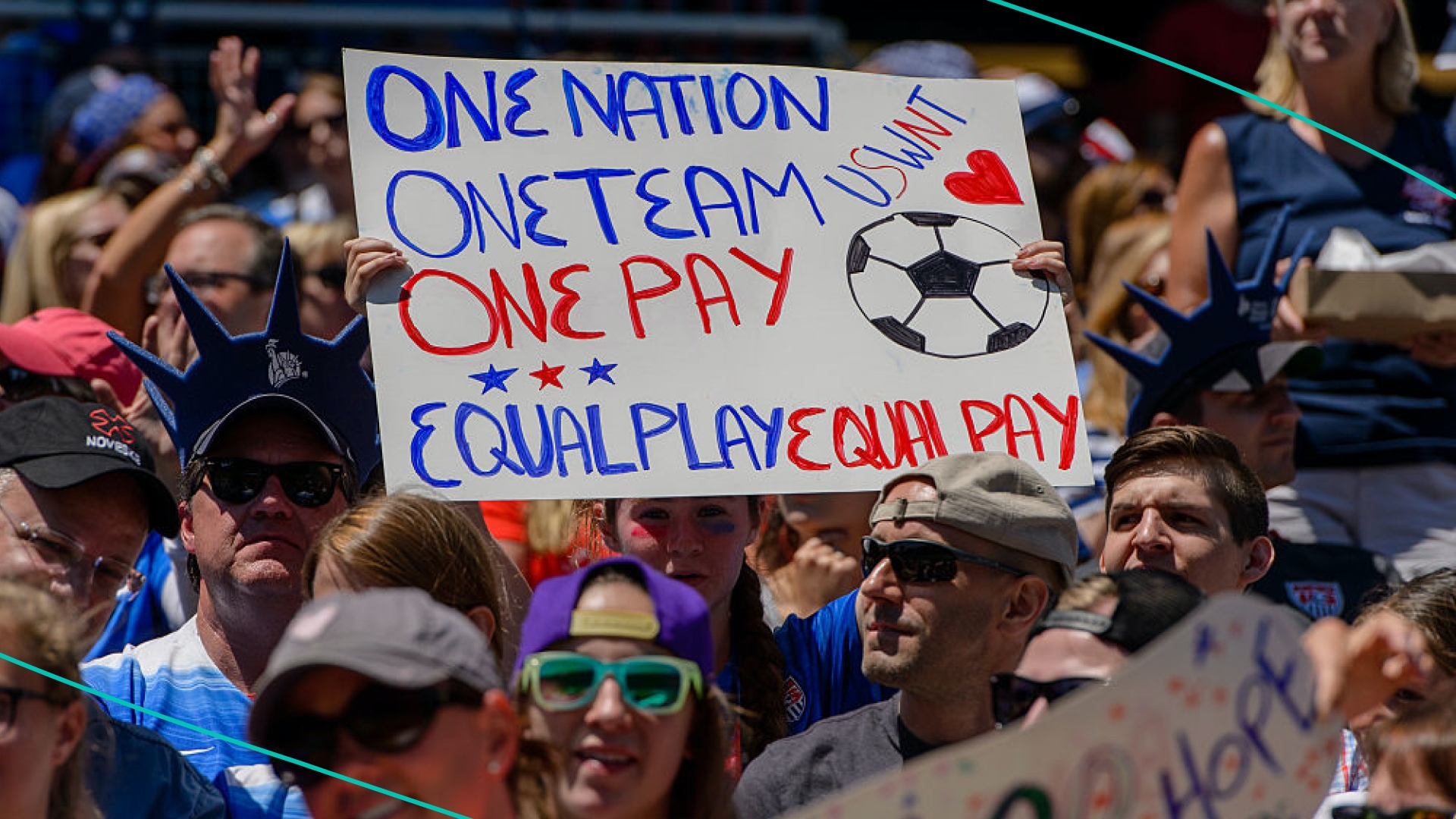 The US Women’s National Soccer team (USWNT) just scored one of its biggest goals yet — a major win on equal pay. On Feb. 22, the team settled their gender-pay discrimination lawsuit against the US Soccer Federation for $24 million — guaranteeing equal pay in the sport for future athletes as well. Here's your Skimm on how we got here, and how this could impact women on and off the field.

For decades, the US Women’s soccer team has outplayed the men’s. USWNT has won the World Cup four times since the program started in 1985. They also earned Summer Olympics gold medals in 2004, 2008, and 2012. Meanwhile, the men’s team hasn’t reached a semifinal since 1930. And hasn’t won a medal since 1904. And still, the women's team was paid less. These facts kicked off a years-long, headline-making legal battle that ultimately resulted in a major gooooaaaal.

Psst…to learn more about the gender pay gap, check out our guide.

In 2016, five players (including stars Megan Rapinoe, Carli Loyd, and Alex Morgan) filed a complaint with the EEOC. They accused the US Soccer Federation of wage discrimination, saying they earned about 40% of what the men's team made. Yep, 40%. Three years later, 28 members of the team filed a class action lawsuit. Saying the federation violated the Equal Pay Act and Title VII of the Civil Rights Act. And accused it of “institutionalized gender discrimination.” That same year, the team won the Women's World Cup — with fans famously cheering “equal pay" in the stands. A moment that gained widespread attention for their push for equal pay in the sport.

And it Wasn't Easy…But Now We Here

Over the past two years, the players faced a number of bumps in the field, er, road to equal pay. But in February, the two sides finally reached a settlement. The fine print: US Soccer agreed to pay $22 million in back pay to the players in the case. Another $2 million would go into a fund the players use for post-career goals and charitable efforts (each player can apply for up to $50,000). And, most notably, the federation promised to pay the men's and women's teams equally moving forward. Including for all tournaments like the World Cup.

“The justice comes in the next generation never having to go through what we went through,” Rapinoe said on CBS Mornings. “It's equal pay across the board from here on out.”

But the decision relies on ​​the ratification of a new contract between US Soccer and the women’s players’ union. The contract would resolve all remaining claims in the gender discrimination lawsuit. And then the settlement would be approved by a district court in the coming weeks. Ahead of Equal Pay Day on March 15, this is a goal worth celebrating. And as Rapinoe said: "I think we're all going to look back on this moment with incredible pride. If you're not paying attention to this right now and what's happening in women's sports, you're sleeping on the whole thing."

The US women's soccer settlement is a historic win — not just for the players, but for women across the sports world. Since American women still make a fraction of their male colleagues’ salaries (think: about 80 cents to a man’s dollar), hopefully the women team’s success sets a long overdue example across other industries as well.