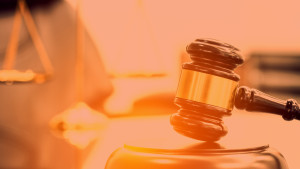 Brett Kavanaugh's confirmation timeline has gone from shocking, to sad, to political circus. Where to begin...

Take me back. Why did Trump choose Kavanaugh as his nominee?

Because he’d be a reliably conservative vote who’d tip the court to the right, likely for decades. He’s known as an originalist – someone who interprets the Constitution exactly as it’s written. He also has a broad view of executive power – he’s said that presidents shouldn’t have to deal with lawsuits or investigations while they’re keeping that Oval Office desk chair warm. Retired Justice Anthony Kennedy, who Kavanaugh would be replacing, was the swing vote on the court. If Kavanaugh is appointed, it could affect how the court rules on divisive issues like abortion, the Affordable Care Act, and gay rights for years.

He’s been a federal appeals court judge for over a decade. He went to Yale, worked as a clerk for Justice Kennedy, and worked in the Bush White House in the 2000s.

How did both sides feel about Kavanaugh before the allegations came out?

Surprise: Republicans were all for him. They were pretty excited about the fact that Kavanaugh could shift the bench to the right. Plus, it would look good for them in the midterms if they confirmed him by November. On the other hand, Dems weren’t thrilled. They were worried Kavanaugh would overturn major cases like Roe v Wade.

What are his views on women's rights?

Kavanaugh has pointed out his track record of hiring female clerks. He’s called Roe v Wade “important precedent.” And he once made a ruling in favor of EMILY’s List, a group that backs female Dem candidates who support abortion rights. But he’s also made rulings in favor of restricting access to abortion and birth control. And Dems say he could help the Supreme team do the same.

Ok, all caught up. Now, remind me about the allegations against Kavanaugh.

Christine Blasey Ford...the first woman to come out with allegations against him. She says he sexually assaulted her when they were at a party as teenagers. She alleges he pinned her to a bed, tried to take off her clothes, and covered her mouth when she tried to scream.

Deborah Ramirez...says Kavanaugh exposed himself to her when they were both at Yale in the ‘80s.

Julie Swetnick...says that Kavanaugh was at a high school party where she was gang raped. She’s also accused him of trying to spike girls’ drinks, but later said she never saw him do that.

There’s also an anonymous accusation that Kavanaugh physically assaulted a woman in the ‘90s after leaving a bar drunk.

Kavanaugh denies all of the allegations.

And he and Ford testified at that hearing...

Yep. The one we all watched and talked about for days after. They testified in front of the Senate Judiciary Committee, who had to give Kavanaugh the green light before his nomination moved on to a full Senate vote. The committee decided to move the confirmation process along. But Sen. Jeff Flake (R-AZ) said before the full Senate votes, 'let's have the FBI look into this.'

Yep. The Senate gave it almost a week to put together a report. Here's the thing: The FBI already did an initial background check when Kavanaugh was first nominated. This is an additional background investigation to vet the allegations against Kavanaugh. The FBI will interview a few people. From there, it’ll write a report with its findings, which the Senate gets. It's not a criminal investigation. So it won’t have a take on whether Kavanaugh is guilty or innocent.

Got it. Is the report complete?

Yep. The White House read through it and said 'nothing to see here.' Then Senators got a peek. Literally. They had to sign up for time slots to read it in a secure room.

Will the results be made public?

Unclear. Some senators want the findings out there for everyone to see. But Senate Majority Leader Mitch McConnell (R-KY) has hinted that the report won’t leave the Senate.

When is the Senate voting?

On Friday, the Senate held a pre-vote on whether to advance to a final vote. It went in Kavanaugh’s favor. Now the clock starts on up to 30 hours of debate. The final final vote is expected to go down Saturday.

How many votes does Kavanaugh need?

But then there’d be a tie?

Yes. And Vice President Mike Pence would cast a vote in favor of confirming Kavanaugh.

Is there a precedent of sexual misconduct allegations during the confirmation process?

Back in the ‘90s, Anita Hill testified against then-nominee Clarence Thomas. She said he sexually harassed her when they worked together. She testified at his confirmation hearings about it. He still got confirmed.

What are the chances Kavanaugh gets confirmed?

Very likely. After Friday's pre-vote, several senators considered key swing votes came out in support of giving him the job.

What happens if he gets confirmed?

He serves on the Supreme Court for life. Or until he retires.

What happens if he doesn’t? Will he remain a sitting judge?

If he doesn’t get confirmed, we go back to square one. President Trump would nominate someone else for the job and the confirmation process starts all over again. Sen. Lindsey Graham (R-SC) said that Trump should renominate Kavanaugh if the Senate doesn’t give him the thumbs up. For Kavanaugh, he’s technically still a federal appeals court judge. So he could keep his old gig, although it’s unclear exactly what would happen.

What does a Supreme Court justice do in the grand scheme of things?

It’s up to the justices to decide NBD things like whether a lower court ruling or law is constitutional. It’s the country’s highest court in the US – so their rulings are the law of the land. Being on the Supremes is also a lifetime appointment, meaning justices impact the country’s laws for decades.

If Kavanaugh gets confirmed, what does that mean for the future of America and the Supreme Court?

If he gets his robes, it means that the bench would become solidly conservative and could stay that way for years. Expect it to impact the outcome of cases that affect Americans’ everyday lives. Think: everything from healthcare to voting rights to gun rights.