Roe v. Wade Could Be Overturned. Now What? Americans And Lawmakers React. 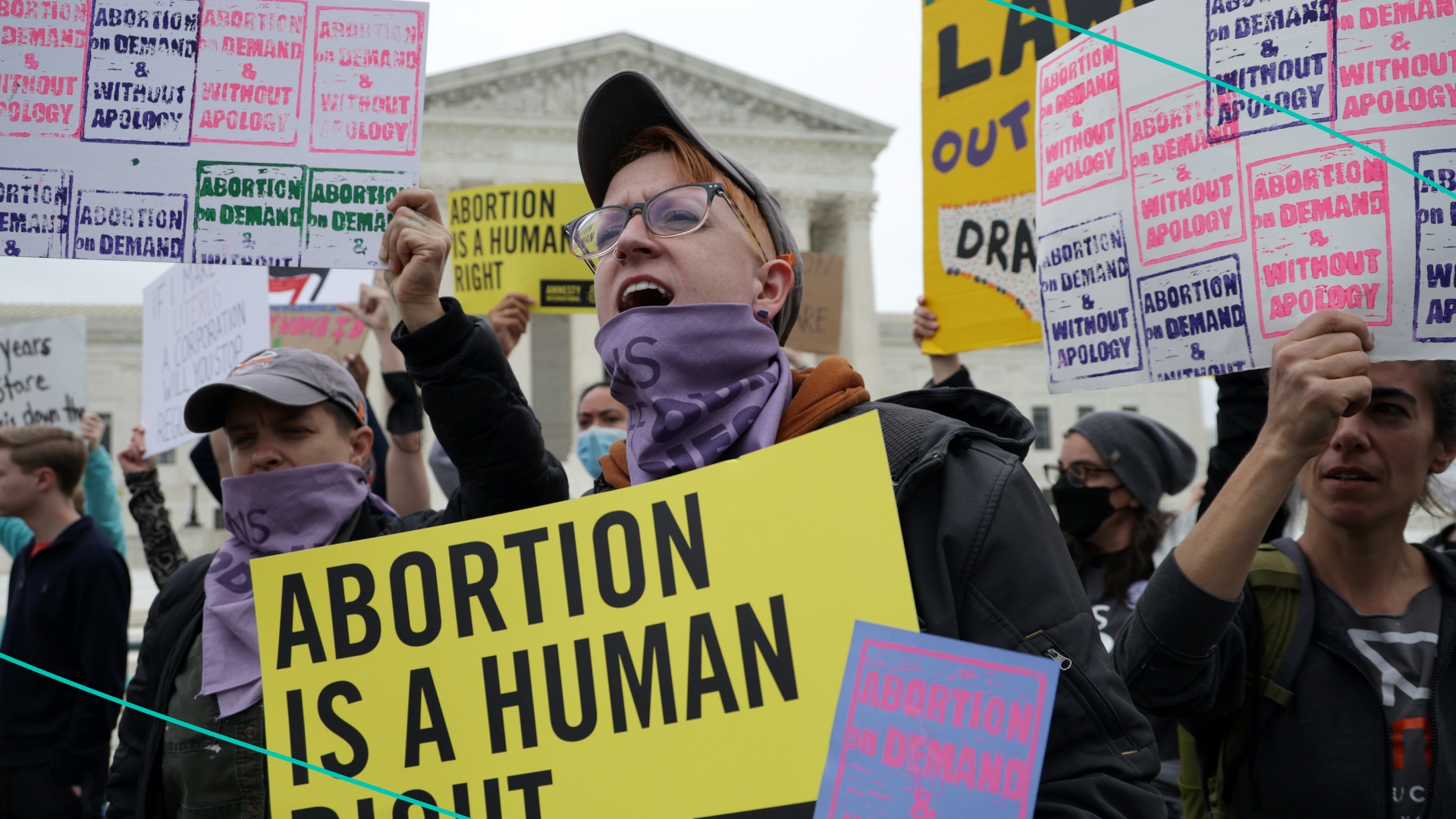 On May 2, Politico published a leaked draft of a highly-anticipated Supreme Court ruling on abortion rights. Their expected decision could strike down landmark rulings that have protected the constitutional right to an abortion for decades. Something that many have feared for years. And many others like anti-abortion advocates have been eagerly awaiting. It all comes amid a wave of anti-abortion legislation across the US.

Like with all drafts, things can change. Right now, abortion is still a constitutional right. But pending the Supremes’ official decision (come June or July) that may not be the case. Now, Dem lawmakers are in a race to protect abortion rights before SCOTUS hands out its decision. From calling for the end to the filibuster to passing legislation. And Americans remain as divided as ever on the issue. Let’s get into…

What can lawmakers do to protect abortion rights?

Lawmakers aren’t completely out of options. Here’s what they could try to do before the Supremes sign, seal, and deliver their ruling…

How Americans are reacting to the abortion battle

The SCOTUS leak has triggered all sorts of reactions. From fear and anger to joy and hope for the future. In front of the Supreme Court steps, advocates on both sides of the abortion debate have been gathering. People of all backgrounds showed up to make their voices heard.

Amanda Matos with Planned Parenthood Federation of America said she wasn’t surprised by the draft ruling. “It shows how the courts are undermining what people truly want, which is access to abortion,” she said.

Others like Dan Brown, who’s from Pennsylvania, traveled to DC to protest the draft ruling. And said nobody’s right to choose should be taken away. “I’m personally never going to experience the trauma of needing to have an abortion or having an abortion,” Brown said. “But I don't want somebody else to have that choice made for them, especially by a bunch of old white men.”

Stephanie Somerman, who brought her 2-year-old daughter to a protest, said she has always felt strongly about the right to access an abortion. “If we’re asking women to have babies and forcing them to carry their births to term, we should be supporting them the second they step out of the womb,” she said. “We should be supporting childcare, parental leave, access to health care, access to food, and we’re just not doing that. The idea that the second that this baby comes out of you — that there’s nothing and there’s no safety net — is appalling.”

For others, it was a moment to celebrate. Anna Lulis said that she thinks the leak was meant to pressure the justices to change their decision. But that she’s looking forward to the future where the precedent could change.

“I was excited because I [am] for what was outlined in the draft,” Lulis said. “I hope that decision still stands.”

Kristen Day is the executive director of Democrats For Life of America. If the leaked SCOTUS decision stands, she said it presents a new chance to revisit how states handle abortion.

“It gives us an opportunity to go back to the states and come up with the best ways to support women,” Day said. “Because we have patchwork of laws right now on abortion. Every state is different. So, we can say ‘what state is doing the best?’”

It’ll be weeks before the Supreme Court issues its official ruling. And as the issue plays out on the streets and steps of the nation’s highest court, abortion rights advocates issued a reminder: “Right now, abortion is still legal in this country,” Matos said. “Please, if you are seeking health care you can still go to an abortion provider.”

Abortion has long divided the nation. While Congress figures out if it can do anything to protect abortion rights, many are taking to the streets. And holding their breath to see whether the draft ruling becomes a reality or not.