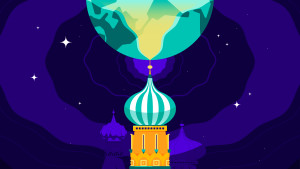 Russian President Putin wants the world to take Russia seriously. Part of that approach includes meddling in other countries’ business. And that’s likely to continue for as long as Putin’s calling the shots...which could be a long time.

On the US…Russia’s 2016 election meddling created a sense of chaos and mistrust around the US’s democratic election process. With less than a year until the 2020 presidential election, many – including the intel community – are concerned about how Russia plans to involve itself again. Skimm Notes explains how the US is safeguarding against this year’s elections. You'll learn: