Summer Travel and the COVID-19 Delta Variant: What You Need To Know 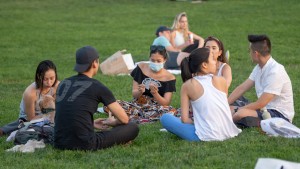 The US is swinging back to life pre-COVID. About 50% of all Americans have been fully vaccinated against COVID-19, and states and attractions across the country have reopened. With cases dropping in the spring and early summer, Americans have started to plan trips and pack their bags again – one survey found that half of the adults in the US plan to take a summer vacation. But now, coronavirus infections have been rising across the country, thanks to the Delta variant.

Here’s what you need to know about the Delta variant…

Remember: There are a number of variants around the US. But the Delta variant (aka B16172) is the most contagious one (think: 60% more contagious than some variants), and can cause more severe illness. It was first detected in October in India, and contributed to the massive outbreak there. Now, the World Health Organization says it’s spread to at least 132 countries. The CDC has dubbed it a “variant of concern," and in early July it became the dominant strain in the US – causing unprecedented and record-breaking surges across the country. Here are some places that are sounding the alarm:

The Delta variant has also left the world thinking ‘is it 2020, again?’ China is dealing with an outbreak that’s spread to at least 15 cities and provinces. Places in Australia issued lockdowns and implemented mask mandates. And the UK had to delay its reopening plans to mid-July after the Delta variant caused a surge there.

Here’s what this means for your summer travel plans…

The severity of the strain has experts urging Americans – especially those traveling – to get vaccinated and to complete their vaccine series if they got a Pfizer or Moderna shot (both of which require two doses). Research shows that the vaccines seem to be highly effective at preventing hospitalization or serious illness. But a recent study shows that the J&J vaccine isn’t as effective when it comes to the Delta variant. The New York Times says that’s consistent with a single dose of AstraZeneca’s vaccine – which is similar in structure to J&J and only has a 33% efficacy rate against symptomatic illness from the Delta variant.

Let’s be upfront: traveling comes with risk, no matter your situation. The CDC has given the OK for fully vaccinated people to travel, but in July updated its guidance to say that fully vaccinated people should wear a mask indoors and in public in areas of substantial or high transmission. (Reminder: The vaccines aren’t 100% effective, and people can still get breakthrough infections – though they’re rare). The agency also says those who aren’t fully vaccinated should delay travel because it increases their risk of getting and spreading the virus. If you’re unvaccinated but are still planning to travel, here are the CDC’s suggestions for how to stay safe.

In an effort to keep people safe and prevent the spread of COVID-19, cities, states, and countries are changing their restrictions often. In the US, a number of places are saying ‘mask up, again, please,’ as they reinstate masking protocols – and NYC became the first major US city to require proof of vaccination for indoor activities like dining, gyms, and venues. In Europe, countries like France, Greece, and Italy are barring those who are unvaccinated from activities like indoor dining, going to theaters, and visiting museums.

Regardless of where you’re headed, it’s important to check travel restrictions and requirements for wherever you’re traveling before you leave – and what’s required for when you’re traveling back home. For many places, experts suggest keeping your mask and proof of vaccination or a negative test result handy. And here are some other resources to help keep you safe.

After more than a year of cutting back travel plans, Americans have been eager to hit the roads and airports this summer. But the Delta variant is making things a bit more complicated – both at home and around the world. So it’s important to do your part to keep yourself and others safe, to help stop the spread of COVID-19.

Last updated on August 4 – Updated to include the latest information on the Delta variant's impact on the US and around the world.

Last updated on June 28 – Updated to include the latest information on the Delta variant's impact around the world.