The Texas School Shooting Puts A Spotlight On The NRA. But How Much Power Does It Have? 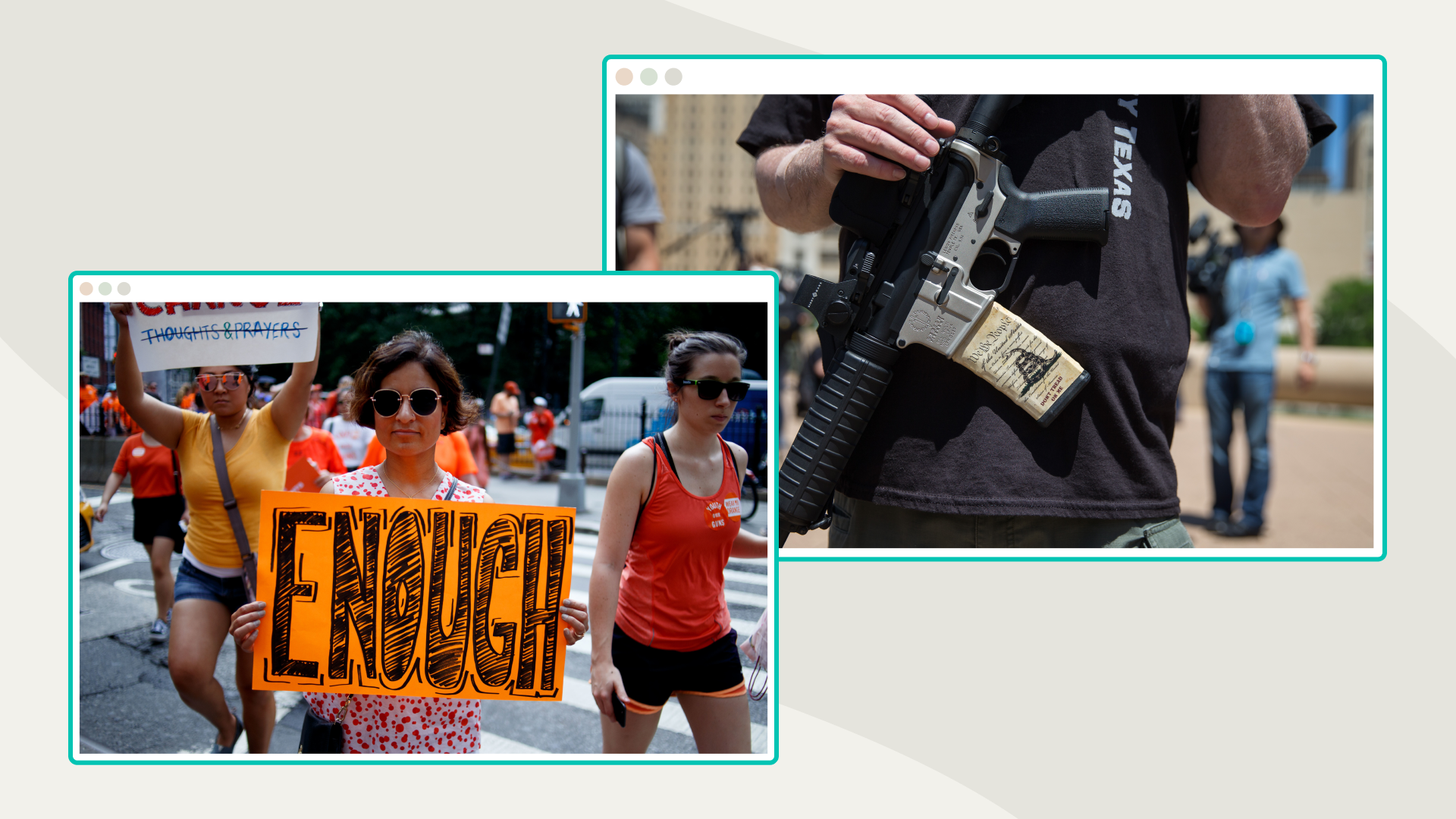 On May 24, a mass shooting at Robb Elementary School in Uvalde, Texas left 19 children and two teachers dead. The gunman used an assault-style rifle that he bought days after his 18th birthday. It was just one of two rifles he purchased along with 375 rounds of ammunition — all legal purchases.

Many took to social media to share their outrage. With videos of Sen. Chris Murphy (D-CT) and Golden State Warriors head coach Steve Kerr calling for federal action on gun safety going viral. It's no secret that gun safety measures in Congress have stalled in recent years. And it's important to understand the factors driving the hold-up. Enter: The most powerful gun rights group in the US — the National Rifle Association (NRA).

The NRA’s then and now story

In 1871, the NRA served as a sort of recreational club aiming to “promote and encourage rifle shooting on a scientific basis.” Since then, the org has turned into one of the most powerful special interest lobby groups. And considers itself America’s “defender of Second Amendment rights.” Aka the right to bear arms.

To be clear, the NRA hasn’t always been opposed to gun control — and wasn’t always partisan. It started with the intention of educating gun owners and hunters. Think: Classes, marksmanship, certification programs. In the 1930s, the org even supported a tax on some weapons. And requirements for gun manufacturers and dealers to get a federal firearms license. In the ‘60s, the NRA also supported California’s ban on open carry of firearms but the effort may have been rooted in racism.

Then came a new era of the NRA: After the assassinations of President John F. Kennedy, Dr. Martin Luther King Jr., and Sen. Robert Kennedy, Congress passed new restrictions on guns. Think: Stricter licensing requirements, banned gun sales to felons, and more. And NRA members started asking, ‘are they trying to take my guns away, too?’ It was a moment that mobilized the org. By the late ‘70s, America started seeing the NRA we know today — one that typically aligns with the GOP.

For decades, the association has been directly influencing gun policy with the help of its:

How the NRA’s power can affect your lawmakers

The NRA spends about $3 million a year to influence gun policy on the Hill. But that number is believed to be higher when you add money from the PAC. In 2021, the org reportedly spent nearly $5 million to pressure lawmakers to quash universal background checks and bans on assault weapons. And it’s also worked to make changes at the state level — including to concealed-carry permit laws. In about 20 states (including Texas), people can now carry a gun without a license. Here are some of the other ways the NRA has impacted policy in the last four decades:

The NRA’s also successful because it puts money in the pockets of candidates who can vote ‘nay’ on gun control legislation. Data from the Brady Campaign to Prevent Gun Violence found that 19 Republican senators (current or recent) have received at least $1 million each from the NRA in campaign contributions over their careers. One analysis found that some of the top beneficiaries include Texas Republican Sens. Ted Cruz and John Cornyn. Another found that House lawmakers like Rep. French Hill (R-AR) and Rep. Ken Buck (R-CO) got big checks of support too. And dozens of Democrats have also reportedly received support from the NRA.

That’s not all: The org’s also used their dollars toward presidential campaigns. In 2016, it spent about $50 million to help get Donald Trump (and other Republicans) elected. Four years later, the NRA reportedly spent over $12 million against then-candidate Joe Biden. But money’s not the only tool the NRA has. Enter…

The NRA’s strong membership base

The org has over 5 million members. And the NRA has put in the work to mobilize them. Here’s how: Whenever gun legislation is proposed at local, state or federal levels, NRA members and supporters are “alerted.” The goal: To get members to contact their elected officials and advocate for or against gun legislation.

The NRA has also formed a strong grassroots effort. The NRA-ILA FrontLines is made up of volunteers who work to defend the Second Amendment at all levels of government. And works to promote the org’s legislative to-do list. Many credit the NRA's success to its advocacy among members who value their gun rights. And not necessarily the campaign contributions it makes year after year.

Robert Spitzer is a professor of crime, law and policy, and gun control at the State University of New York at Cortland. In 2018, he told the Guardian the NRA has “a very powerful ability to mobilize a grassroots support and to engage in politics when most Americans can barely be bothered to vote.” But the org’s power has been put into question...

Where the NRA stands today

Some experts say that the org isn’t as powerful as it used to be. First, the NRA’s membership numbers haven't grown in the last nine years. And that could continue to be the case as the org’s base — largely white, old, and male — isn’t exactly being replaced by younger members. Second, the NRA has been wrapped up in legal and financial woes. In 2020, NY Attorney General Letitia James (D) sued the NRA. Arguing that the org's execs used money for lavish personal reasons and for contracts with friends. And said the NRA needed to be dissolved.

The NRA called the lawsuit “political.” And tried to declare bankruptcy to avoid the NY suit. But a judge dismissed the request. Meanwhile, even though the org’s wading through muddy waters, some experts say it hasn’t affected their grip in DC. Case in point: Congress has yet to pass significant gun control legislation.

The NRA isn’t the only gun rights lobby group in the US. But it’s arguably the most powerful. Thanks to the investments it’s made to political candidates and millions of Americans who have signed to be part of the org. While mass shootings haven't stopped the NRA’s powerful grip on the Hill — their strength in numbers and money may be waning.