US census: The citizenship question, explained 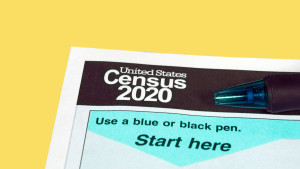 The US census goes down once a decade. The next one, in 2020, is caught in political crosshairs.

Would love some history first.

The census dates back to the 1700s, when the Founding Fathers wanted to get a headcount of everyone in the US.

Democracy. It was to figure out how to distribute House reps among the states. The more people in your state, the more House reps your state gets. The Constitution requires an updated count every decade. The first census in 1790 was just six questions. It involved people (called “enumerators” if you want to get fancy) going house to house and asking things like how many white people and slaves lived there.

Well that was a #TBT I didn’t need.

Right. As the country has changed and the population grown, the questions have gotten some edits. For example, in 1940 the gov asked people about their jobs and whether they owned or rented their homes to get a sense of the impact of the Great Depression.

Also important to note that beyond House reps, census data is used to draw voting districts and determine how federal funding is distributed for things like schools, roads, and other public services.

Back to those political crosshairs.

The reason we’re talking about this right now: the Trump administration wants to add a citizenship question to next year’s census. The admin says this will help it enforce the Voting Rights Act, which was passed in the ‘60s to protect minorities’ voting rights.

Among other things, the Act requires the gov to get a tally of citizens of voting age across the US. That way, the Justice Department can take legal action against what may be discriminatory election practices. See: this case. The Trump admin says that more accurate data about who’s eligible to vote in the US would help the gov make sure minorities’ voting rights are protected.

Why would anyone have an issue with that?

Dozens of states, cities, and other groups sued the admin and three federal judges told the gov ‘no can do,’ arguing that the admin didn’t provide a good enough reason for adding the question. The Trump admin appealed to the Supreme Court, and here we are.

What exactly are the Supremes deciding?

We get into that, and the potential impact of the decision, in theSkimm app. Every week, the app goes deep on a different news topic to give you the context you need to understand what's going in the world. Download the app now, and you get the first week free.