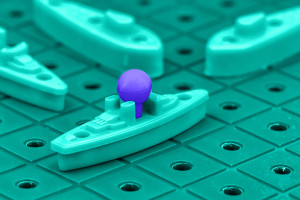 Some US foreign policy has given the US some frenemies...a lot of frenemies.

What names do I need to know?

as in the one with the Castros. Cuba’s been run by a Communist government for decades, which is part of the reason why the US put a

on the country in the 60s. But in 2016, President Obama told Congress it was time to forgive, forget, and

. Then he became the

first US president in almost 90 years

to smoke a Cuban in Cuba. Earlier this year, President Trump

as in the one with all the oil. Saudi Arabia is on Team USA in the

to fight ISIS in Iraq and Syria. The Saudis are also

very much on board

with the US opinion that Syrian President Assad needs to go. But Saudi Arabia has a serious problem with

that lifted harsh sanctions on the country in exchange for Iran curbing its nuke program. But a lot of people think bargaining with Iran is like

. So when President Trump signed an executive order

banning travel to the US

as in the one with Putin. The US has been smiling and shaking Russia’s hand in person -- and then talking behind its back -- since the fall of the Soviet Union. The relationship turned from bad to worse in recent years when Russia decided to

(against the wishes of the US) and

in the Syrian Civil War (also against the wishes of the US). And then it came out that Russian hackers

as in the one that’s gassy. Qatar is a really small, really rich country thanks to natural gas. The US loves that gas, so in the past it's put on a friendly face for the cameras. But Qatar has 99 problems, and the US usually turns a blind eye to all of them. See:

(a terror group in Israel – which happens to be a close US ally). See the problems there? And things just got more complicated. Earlier this year, several other Middle Eastern countries

with Qatar, citing its connections to terrorist groups. And the US has

as in the one with its ear to the door….and the wall and the ceiling. China’s hoarding

loooots of US debt

, so the US tries not to bite the hand that feeds it. But China’s

on the US. And the country is currently saying ‘mine’ to contested areas of the

as in the one with a revolving door of leaders. The US and Egypt have a

in ISIS, and the US supported the

of President Mohamed Morsi in 2012. But then Morsi was

overthrown by the military

, and the US had to pretend to be upset about it, even though Morsi was a leader who

missed the ‘how to encourage democracy’ lesson

in school. The US really wants Egypt as a strong ally in the Mideast, but the country can’t seem to pull itself together. When he got elected, President Trump decided the two countries should try to