Voting Rights: Some Candidates Are Running to Change Their State's Voting Laws 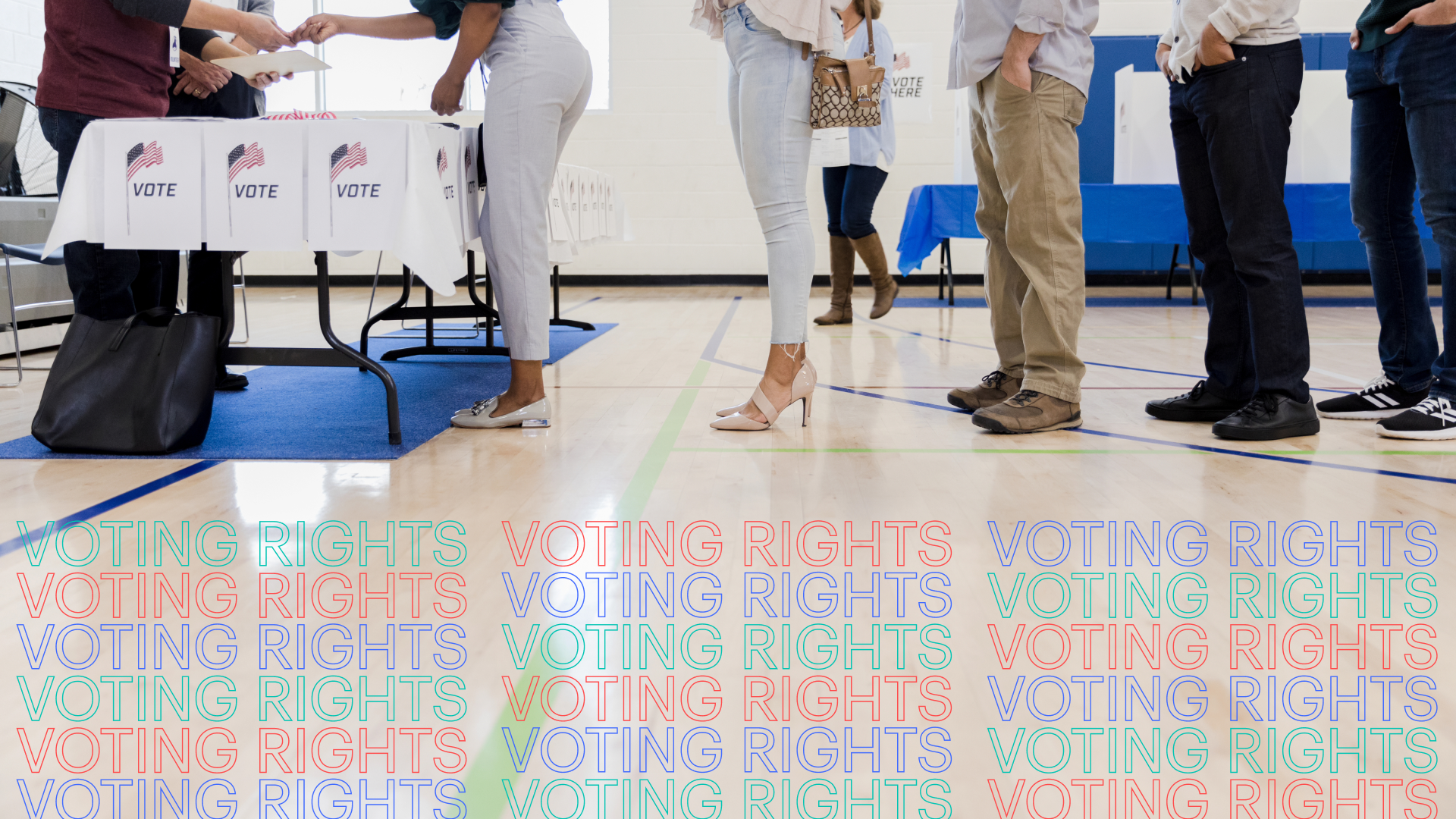 Updated on Oct. 6 with updates about a SCOTUS voting rights case.

In 2021, we asked Skimm’rs about their plans to vote in the 2022 midterm elections. 91% of millennial women surveyed said they’d most likely vote. That’s significantly higher than the 66.8% of Americans who voted in the 2020 presidential election — which recorded the highest voter turnout of the 21st century. But even with increased voter turnout, only 20% of Americans say they’re confident in our electoral system.

How did we get to this point? Well, a lot has happened to the state of elections and voting rights since 2020. Let’s dive in.

The state of elections and voting rights

After former President Donald Trump lost the 2020 election, he and his allies made baseless claims of widespread voter fraud. Which led to the Jan. 6 insurrection. And sparked even more distrust in our electoral system. After the insurrection, 56% of Republicans said they still believed the 2020 election was rigged or the result of illegal voting. Not to mention that some are still trying to prove false claims of voter fraud.

Legislatures across the country have responded by passing restrictive voting laws — many in the name of “election integrity.” (Worth noting: There has been no evidence of widespread voter fraud.) Texas added new requirements for mail-in voting and banned drive-thru and 24-hour voting. Meanwhile Georgia made it a crime to hand out food and water to voters waiting in line. And Florida made it harder for voters to get an absentee ballot. That’s on top of instances of voter intimidation at the polls. In Washington, signs warning voters that they were “under surveillance” were found around ballot boxes. In Arizona, groups organized “stakeouts” at local drop boxes to catch people they claim were submitting fake early voting ballots, according to the New York Times.

But restrictive voting laws and voter intimidation aren’t the only tactics being used to manipulate elections. Enter: gerrymandering (aka when elected officials redraw district maps in a way that favors one political party). While both Democrats and Republicans have been accused of the practice, rigged maps tend to be most common in states under Republican control (See: Florida, Alabama, Georgia, Louisiana, and Ohio). That’s in part because the GOP had a huge win in the 2010 midterms — which gave them an advantage in redrawing maps.

Last year, Republicans led the redistricting process in about 20 states (compared to eight when Dems were in the driver’s seat), which could give Republicans a big edge in the midterms. Especially in an election where the GOP is expected to regain control of Congress.

Now, SCOTUS is showing it may back up GOP gerrymandering efforts. Alabama’s new congressional map left a single majority Black district. (Reminder: AL’s population is 27% Black.) The move caused Black voters to sue the state for diminishing their voting power. But the high court seems to be leaning in favor of Alabama, based on its argument that race shouldn’t be a main factor in redistricting. SCOTUS should have a final decision by next summer. PS: The new map is still being used in the midterm elections.

But Dems are ready for a fight. And have made it easier to vote in some states (see: Colorado and Vermont). They also tried to pass a bill that combined the John Lewis Voting Rights Advancement Act and the Freedom to Vote Act. Which would’ve established federal standards for mail-in voting and drop boxes, expanded early voting, allowed same-day voter registration, and more. But it couldn’t make it past the Senate to become law.

So what laws protect voting rights?

For now, these are some of the amendments and laws that protect voting rights:

But many other elected positions can directly impact your state's voting policies, like the governor and attorney general. Plus, at the local level, your county clerk plays a role. (Learn more about these positions and others here.)

Your vote could have implications beyond November. Think: Future elections. So here are some of the ballot measures and races to focus on:

The right to vote is a fundamental right in the US. And now, candidates for state offices across the country are trying to strip it away, under the guise of election integrity.