Want a Trip with a View? This Space Hotel is Set to Open in 2025 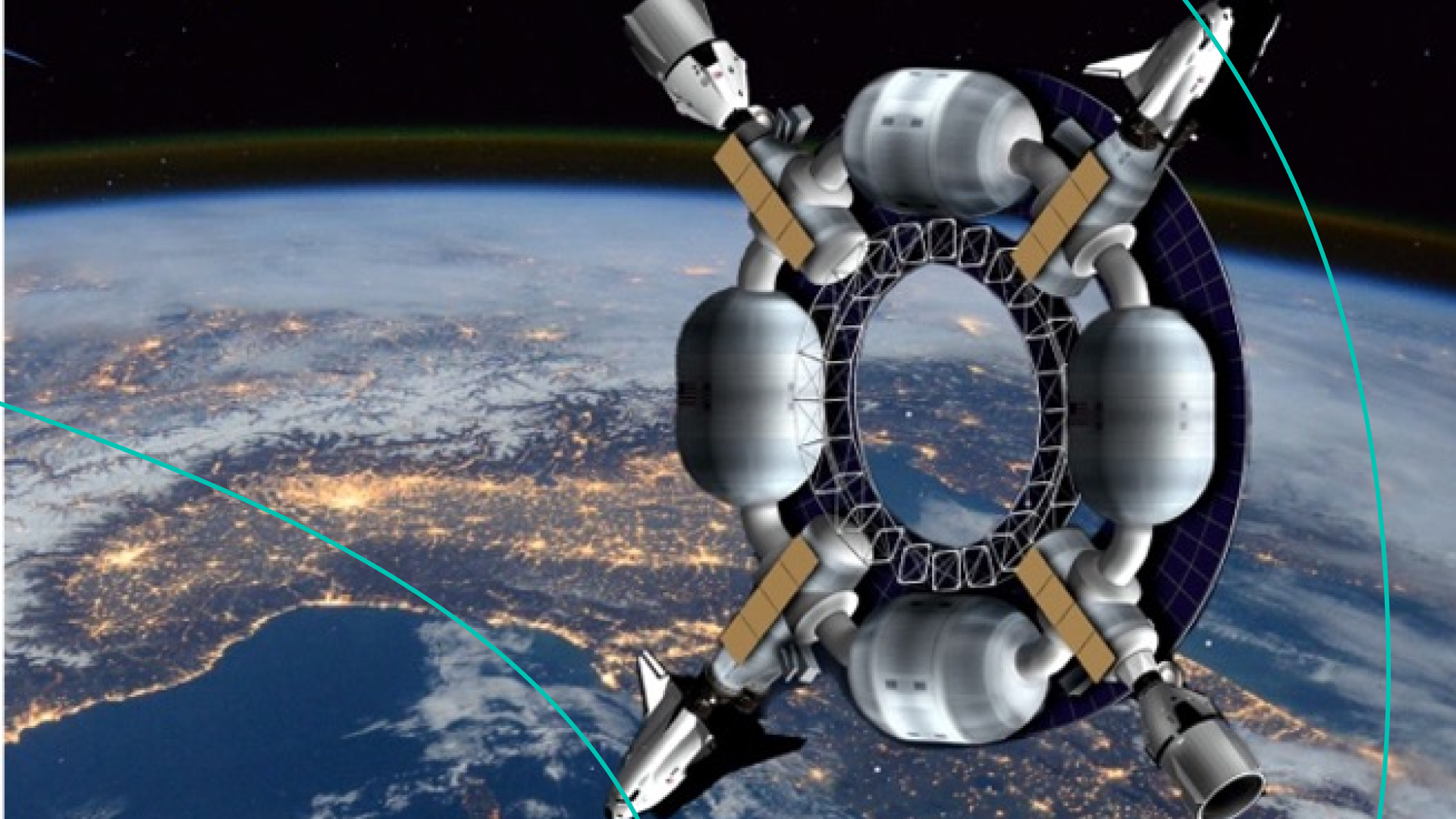 Looking for a hotel that’s literally out of this world? We've got one for you: Orbital Assembly's Pioneer Station. (Yep, space station.) The space development company recently announced its interstellar “business park.” Think: tourism and your next WFH location. And you’ll only have to wait three years to book a room. That’s right. It’s coming in 2025.

But how exactly does a space hotel work? And why is this a thing? The answers are written in the stars…and below.

How does a space hotel work?

The Pioneer Station is intended for both work and play. Meaning: You can rent a hotel room or office space for up to two weeks at a time. And people can stay within the station’s five modules connected by the company's Gravity Ring. (Which looks like a Bop-It meets a donut.) The device will create a mix of zero and artificial gravity. So people can sleep without being attached to a bed, and drink or eat food sitting down as normal.

TBD on when guests can sign up for the cosmic experience. But you can stay up to date on the project via Orbital Assembly’s website.

Potentially. Space travel has recently become more commonplace for non-astronauts, or at least the rich and famous ones. Think about it like this, companies like Jeff Bezos' Blue Origin offer space hops — a few seconds or minutes in space. And what Orbital Assembly offers is the next step in making those quick trips a full-fledged space vacation. What's going to space without having somewhere to actually go? And analysts estimate the space tourism market could be worth $8 billion by 2030 — with potentially 1 million customers willing and able to take flight.

While tickets would be out of most people’s price range, Orbital Assembly’s CEO Rhonda Stevenson says ‘not for long.’ She and her team think that “tourists will be motivated to plan shorter, or more frequent, stays as space travel becomes less expensive.”

“For the average person, being in space will be a sci-fi dream experience,” the company’s COO Tim Alatorre said in a statement. “Once people get to space, it will change their perspective about Earth. Space travel is still in its infancy, and we’re excited to do our part to push it forward to help improve life on earth."

And that’s not all. While Pioneer Station will be the first space hotel, Orbital Assembly has a second — and bigger — hotel planned for 2027. The Voyager Station.

Space exploration has typically been reserved for astronauts and the uber wealthy. But one aerospace station is trying to make space tourism a reality to the average person. So E.T. may not be the only one ‘phoning’ home.