Former President Trump Pleads The Fifth. But What Does That Really Mean? 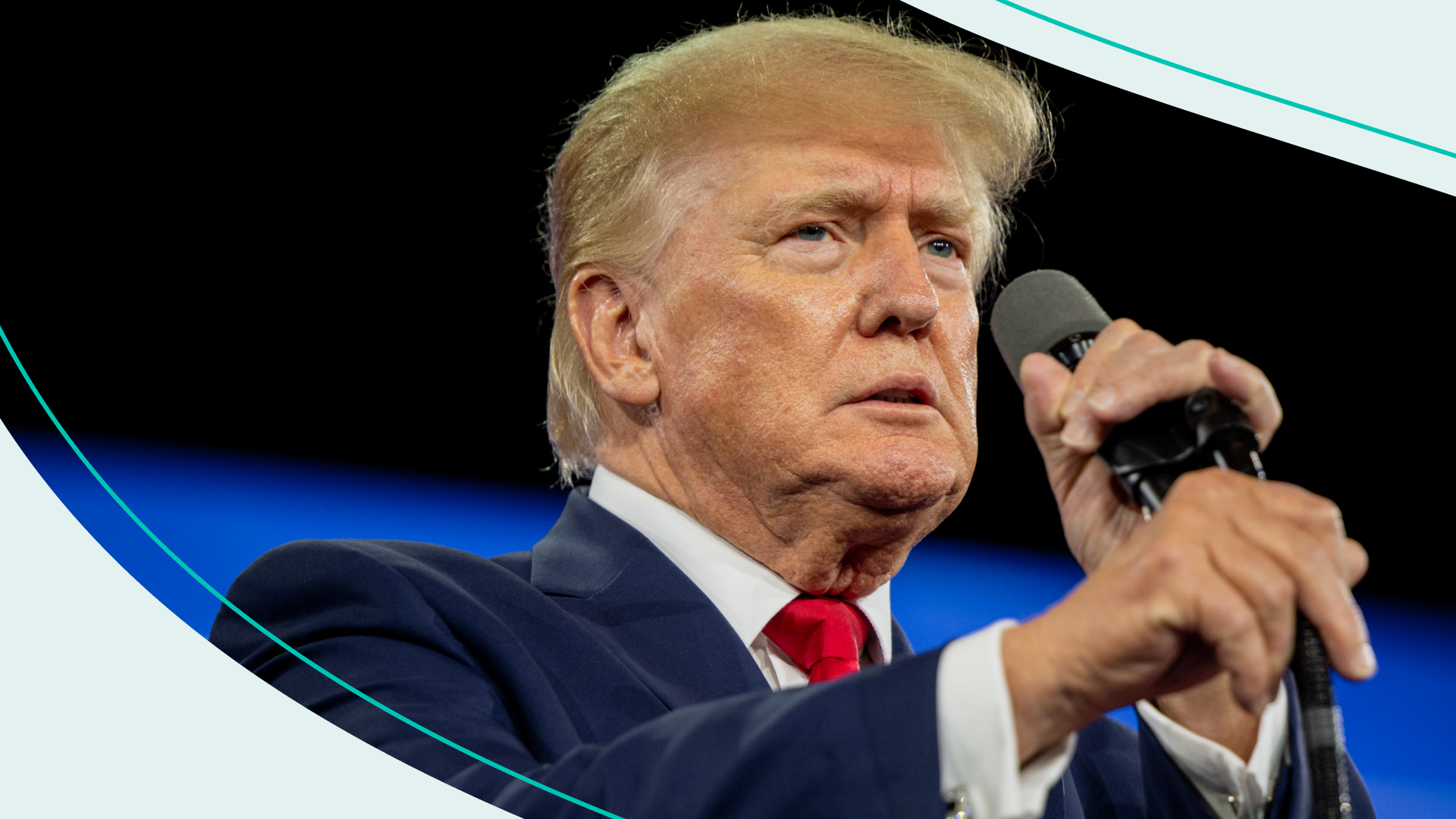 You may have heard the term 'plead the Fifth' used casually in movies, or as part of TV shows like "Watch What Happens Live" and "Chappelle’s Show." But this week, we’re getting a real-life reminder that it is a serious legal term. On Wednesday, former President Trump exercised his Fifth Amendment rights as part of a civil investigation into his business dealings under the Trump Organization. (Note: This doesn’t have to do with the FBI raid at Mar-a-Lago.)

Some people assume that pleading the Fifth is essentially fessing up to a crime. But it's a bit more nuanced than that. Here's your Skimm on the Fifth Amendment right — and what it really means to invoke it.

What does the Fifth Amendment protect?

The Fifth Amendment covers a number of citizens' rights when it comes to the legal system. Including double jeopardy, due process, and self-incrimination. When someone says they 'plead' or 'take' the Fifth, it specifically relates to self-incrimination.

The fine print of the amendment protects people from being "compelled in any criminal case to be a witness" against themselves. Translation: A defendant doesn’t have to offer up testimony or answer questions if it could make themselves look bad. Because people are presumed innocent until proven guilty in the US legal system — despite public opinion. When it comes to who can and can’t plead or take the Fifth, one expert told the Associated Press that “the witness has to be facing a genuine risk of criminal prosecution.”

The Fifth Amendment has helped support the concept of the Miranda warning — aka when someone is told they have the right to remain silent when being detained and have an attorney while being questioned by police. Which brings us to a Q that many people have around invoking their Fifth Amendment rights…

Not necessarily. The Supreme Court has weighed in on this in the past — saying that invoking the Fifth shouldn’t penalize a defendant or amount to guilt. And using it against someone in a criminal case isn’t allowed. But it could be used against you in a civil case, according to the Associated Press.

Then there’s the court of public opinion to think about. Some wonder why people would use this right if they're innocent. Something that Trump himself has asked in the past. In 2016, he said “The mob takes the Fifth. If you’re innocent, why are you taking the Fifth Amendment?” Fast forward six years and he changed his mind. After he refused to answer Qs in the ongoing civil investigation against him in August, he said, “When your family, your company, and all the people in your orbit have become the targets of an unfounded, politically motivated Witch Hunt supported by lawyers, prosecutors, and the Fake News Media, you have no choice."

Invoking the Fifth Amendment is a tool many have used to protect themselves from...themselves. And it's not synonymous with a guilty verdict. But the court of public opinion around pleading the Fifth could also offer a harsh sentence.