What To Know About the AFC and NFC Championship Games 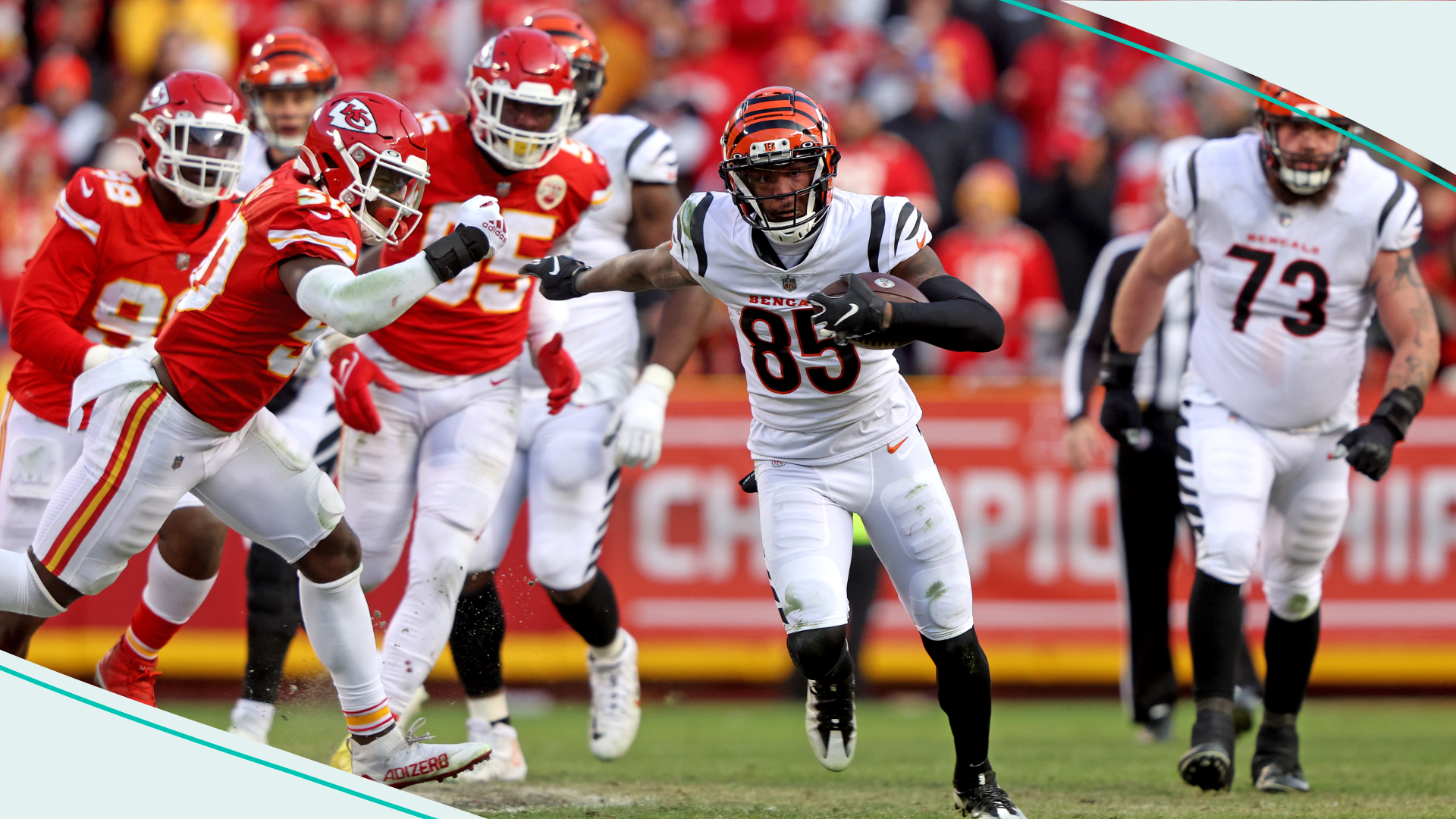 Are you ready for some football? Over the weekend, the Cincinnati Bengals and Los Angeles Rams punched their tickets to Super Bowl LVI after duking it out at their conference championships. If you’re still reeling from the Bengals overtime win or the Rams big Sunday plays…don’t worry. We’re here to catch you up on the final matchups before the Super Bowl.

What To Know About the AFC and NFC

Each team plays 17 regular-season games. After some quick math, that means there are a total of 272 NFL games in the regular season. Then it's time for the postseason. Which means...

After spending all season thinking ‘it’s about drive, it’s about power,’ four teams finally make it to the AFC and NFC conference championship games. It’s pretty high stakes…considering the winners move on to the Super Bowl. Here’s what you need to know about this year’s matchups:

AFC Championship Game: Kansas City Chiefs vs. Cincinnati Bengals. This is the Chiefs’ fourth consecutive season hosting the title game — an NFL record. As for the Bengals, it’s been a minute: The last time they made it this far was in the 1988 season. The Chiefs were favored to win — especially with one of the best QBs in the league (hi, Patrick Mahomes) making the passes. But the Bengals sent them home during the AFC championship saying ‘it’s our turn now.’ (Bye, Mahomes.) The underdog team led by second-year quarterback Joe Burrow overcame an 18-point deficit. And later cinched the win during overtime, after rookie kicker Evan McPherson secured a field goal. Final score: 27-24.

NFC Championship Game: San Francisco 49ers vs. Los Angeles Rams. Aka a state divided. The Rams were coming off a jaw-dropping last-minute win over the Tampa Bay Buccaneers (sorry, Tom Brady). And were favored to win this game too. But the 49ers were thinking ‘we can do it.’ Since they beat the Rams in their last six matchups. But when it came down to the championship the Rams turned up the heat. Made a comeback from a 10-point deficit in the fourth quarter. Then secured a three-point lead over the Niners with less than two minutes left on the clock. And won the game. Final score: 20-17.

What To Expect At This Year’s Super Bowl

It’s the final countdown. The Rams and Bengals will take the field at SoFi Stadium near Los Angeles on Sunday, Feb. 13.

That game is scheduled to start at 6:30pm ET on NBC and Peacock. And this year’s halftime show will bring some music superstars together: Dr. Dre, Snoop Dogg, Eminem, Mary J. Blige, and Kendrick Lamar will perform. Here’s a preview that’ll give you chills. And don’t forget to save the date.

There’s no denying sports bring people together. And the Super Bowl is one of the biggest sports events of the year — we all can’t help but watch. And now it’s up to the Bengals and Rams to bring their A-game to the field for one last dance to win it all.

PS: theSkimm App gives you a heads-up on when big events — like the NFL conference champ games and the Super Bowl — are happening. So you never miss a beat. Download the app here.

Last updated on Jan. 30 to include the winners of the AFC and NFC championships.