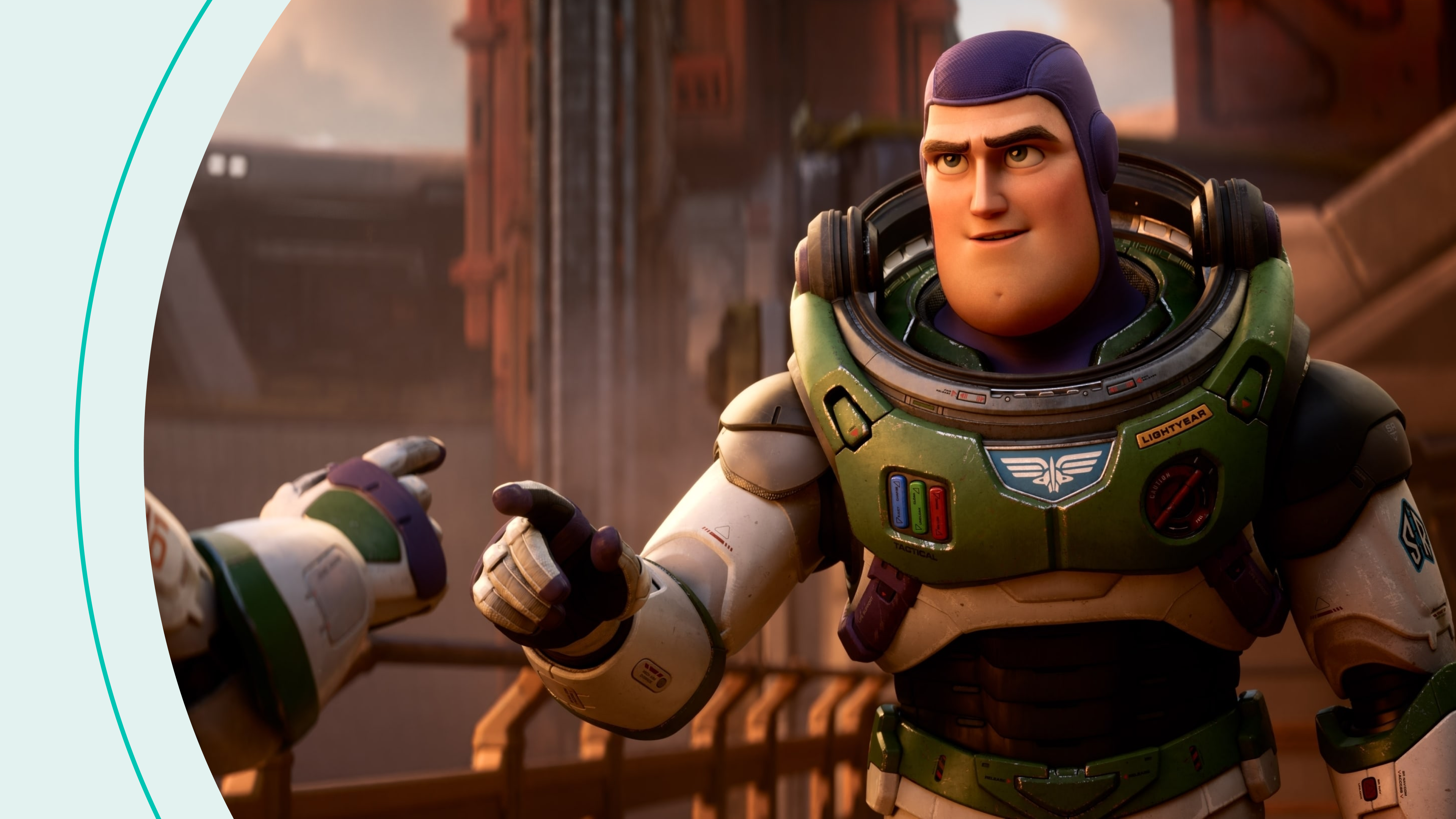 “Toy Story” lovers rejoice. Because the backstory you didn’t know you needed is here: “Lightyear.” As if you couldn’t tell from the name, the movie centers around Buzz Lightyear. Aka the Space Ranger that inspired the toy. And it hits theaters June 17.

But before its premiere, the movie already started generating a lot of buzz (we had to) on social media. That's because countries like Malaysia and the United Arab Emirates said it'll ban "Lightyear." Just because of a simple kiss. (Warning: Spoilers ahead.)

To infinity, and waaaay back…

“Lightyear” can be summed up by the opening title sequence: In 1995, Andy from “Toy Story” was gifted a Buzz Lightyear action figure based on his favorite movie. And “Lightyear” is meant to be that movie. (Sounds meta, right?) But you won't hear Tim Allen's voice — instead, Chris Evans is taking over.

It all begins with Buzz, his friend Alisha Hawthorne (voiced by Uzo Aduba), and his crew crash-landing on a hostile planet. The only way off? Their spaceship has to reach hyperspeed. So Buzz conducts a number of test flights to see if that’s possible. But each test shoots him four years into the future. And we see that unfold through Alisha’s life as she gets married, has a kid, and (spoiler) passes away. All while Buzz stays the same age. Eventually, Buzz’s main crew — including Alisha's grandchild, Izzy (Keke Palmer) — abandons the hope of escaping. And instead focuses on defeating the mysterious Emperor Zurg (James Brolin).

The film has sparked a lot of excitement from fans. But it’s also caused some controversy in certain countries…

The reason for all the controversy? A scene where Alisha and her wife kiss. It's the first kiss between same-sex characters in a Pixar movie. And it almost didn't make the cut. The studio execs originally removed the scene from the movie — but added it back in after Disney employees called out the company for censoring "overtly gay affection."

But now, some countries like Saudi Arabia, the UAE, and Malaysia — where same-sex sexual activity are still illegal — aren't down with the scene. And won’t be playing the movie.

Regardless, the film is still a significant step for LGBTQ+ representation — something that was particularly important to producer Galyn Susman. In an interview with EW, Susman said they spoke with consultants and took extra measures to make sure the representation was as authentic as possible. Because, “...people look to see themselves in films. The more they can find themselves in the movie, the more they can connect to the movie.” Something important to remember during Pride Month, and beyond.

“Lightyear” gives a nostalgic backstory to a beloved “Toy Story” character. But with it came some unexpected controversy. Proving that while LGBTQ+ representation is making progress, we’re still lightyears away from where we should be.