Why Redistricting Matters as We Head Into 2022’s Election Season 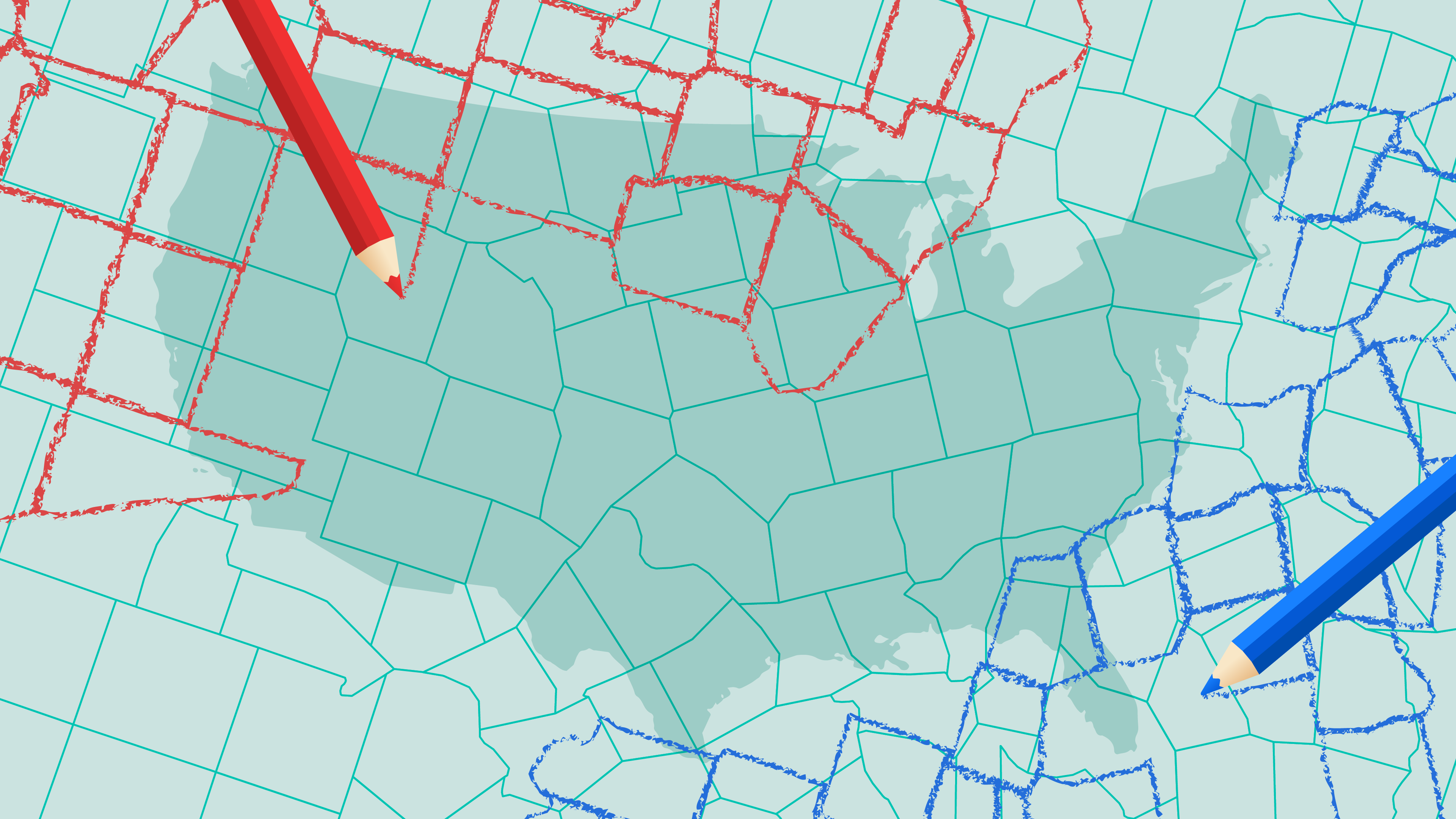 The 2022 midterms are less than a year away. And ahead of the election, states across the nation are in the process of redistricting. Which can have an impact on your vote and who represents you in your local and federal gov.

Ever wonder what happens with all of the data people submit as part of the US census? Part of it goes toward reshaping congressional and state legislative districts where we vote. More specifically: Every 10 years, the data from the census is used to decide how many House seats each state gets. Meaning, this can impact which party controls Congress or which candidates get elected in state and local races. And, in turn, what issues they take up. It also ensures that diverse communities are fairly represented in these governing bodies. So, yes, it’s kind of a big deal.

Once the census data is in, states can start redrawing maps. And, like most government-related tasks, it can take a while. This year, it’s all happening before the 2022 midterm elections. (Reminder: that means no presidential election, but we’ll still be voting for members of Congress.)

Another important factor in redistricting is the Voting Rights Act of 1965 — the landmark law that bans discriminatory voting practices. It says maps can’t dilute the votes of people of color. Meaning: Maps must be drawn to include the diversity in its population, factoring in where people of color live so they are able to elect their chosen candidates.

Here’s How Redistricting Can Get Complicated

States have their own process to redraw their maps. While some rely on independent commissions, the majority lean on their state legislature to get the job done. So naturally, enter: politics and partisanship. Which leads to partisan gerrymandering. That’s when lawmakers redraw maps to benefit a specific party or group. There are a couple of ways to gerrymander:

Critics argue that the politicization of map-drawing can make voting a less democratic process. And that unfair maps allow reps to choose their voters...whereas voters should be choosing their reps. If you’re wondering ‘how is this even legal?’ That’s where the Supreme Court comes in.

Redistricting And Gerrymandering: How It May Affect Your 2022 Vote

Because of the pandemic, the 2020 Census results were delayed. So they came out in August 2021. Which means less time for states to be at the (re)drawing board. Based on the census data, states like Montana, North Carolina, and Texas are gaining seats. Meanwhile, places like California, Illinois, and New York will lose some.

Republicans won big in the 2010 midterms — giving them the upper hand in redrawing maps after the 2010 census. Now, we're having déjà vu. In 2021, they lead the redistricting process in about 20 states. And Dems lead the charge in about 8 states. And this edge could help Republicans win big (again) in 2022.

Like we said earlier: There’s no presidential election in 2022, but Americans will be voting for their reps in state races — and the entire House is up for re-election. (Plus there’ll be some Senate races too.) Right now, Democrats control the House with 221 lawmakers, alongside 213 Republican lawmakers. In order to gain control of the chamber, a party needs to have at least 218 reps. So far, at least 18 states have finished redrawing their congressional maps, according to FiveThirtyEight. And based on the new boundaries, it seems that Republicans are likely to gain five seats — which would give the party control of the chamber.

But...don’t forget about gerrymandering. This year, both Democrats (in states like Illinois) and Republicans (in states like North Carolina) have been accused of it. Some states (like Texas and Wisconsin) have even faced or are facing legal battles over their maps this year. And experts worry that gerrymandering could increase political polarization and decrease competitive races.

Psst…Voting rights are a critical issue as we head into the next election year. Remember: States have taken action around voter restrictions after the fallout of the 2020 presidential election and the baseless claims made around voter fraud. According to the Brennan Center for Justice, 49 states have introduced more than 425 bills that include provisions to restrict voting rights. Here’s more info on voter restriction bills and laws around the country.

Redistricting is a key part to keeping elections democratic and fair. But that can change once politics plays a role, potentially taking power away from voters to have a fair. And changes to map districts can shift the balance of power in Congress and in state legislatures for years to come.