Women in Afghanistan: What a Return to Taliban Control Could Mean for Them 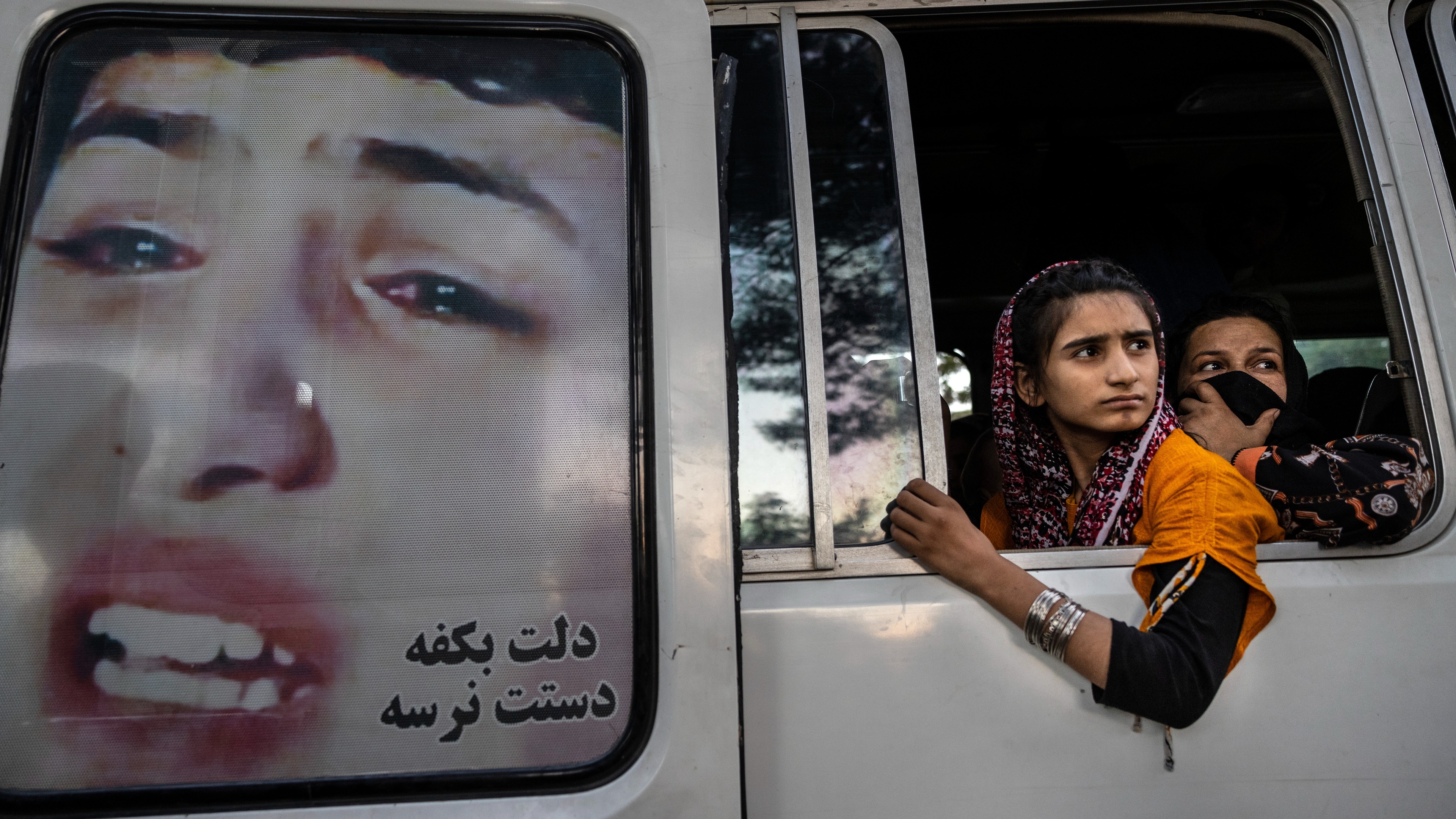 With the fall of Kabul on Aug 15, the Taliban seized control of Afghanistan — just two weeks before the US was set to complete its withdrawal from the country. And the world has been watching the situation unfold. In the past few days, the terror group stormed through Afghanistan. In Kabul, militants took over the presidential palace, freed thousands of prisoners, and created chaos at the airport. And now many left on the ground are facing uncertain futures — particularly women.

Women living in Afghanistan are speaking out about their rights following the Taliban's takeover. The UN says nearly 250,000 Afghans have fled their homes since the end of May. And 80% of those displaced have been women and children. The return of the Taliban has women fearing for their safety, along with their ability to go to school, get a job, and leave the house on their own.

The Context: What You Need to Know About Sharia

Sharia (aka Islamic law) helps Muslims understand what to do in different parts of life (think: marriage, finance, rituals). The law is made up of practices that are written in the Quran and based on how Muhammad — the central figure in Islam — used to live. Many Muslim countries like Iran and Saudi Arabia base their own laws on Islamic law.

In the late-1990s when the Taliban last held control of Afghanistan, citizens were subject to rules based on the militant group’s strict interpretation of Sharia. Music and movies were banned. Anyone caught stealing would have a body part amputated. Grooming and clothing choices were restricted. But the Taliban’s take on Sharia had the heaviest impact on the lives of women and girls.

Anyone who disagreed or was caught breaking the law was beaten or killed in public. In 2001, after the US invaded Afghanistan and the Taliban were removed from power, some things started to get better for women. During this era, more schools were built — at a rate 10 times faster than before. Female enrollment in school increased from 10% to 33% from 2003 to 2017. Women became Olympic athletes, police officers, business owners, and politicians.

By 2020, 21% of Afghan civil servants were women. There were almost zero women working as civil servants during the Taliban’s last rule. Women’s life expectancy also grew from age 56 in 2001 to age 66 in 2017. And mortality during childbirth declined. Now, many women are worried that all the progress they made in the last two decades might be erased and fast.

Over the past year, Taliban militants killed women pursuing professional careers (like journalists and health care workers) in a wave of attacks. In May, about 85 people — most of whom were teenage girls — were killed when bombs went off near a school in Kabul. With the Taliban's return, many women are sheltering inside their homes, scared they’ll be subjected to beatings if they step outside. And journalists, activists, and politicians say they have already received threats.

Women are also once again required to wear burkas to go outside. The cost of the garment skyrocketed in some areas to almost 10 times over the original price. And many were inaccessible due to store closures following the takeover. At the same time, there have been reports of women being prevented from visiting hospitals without a male chaperone. And one group of women who worked at a bank were escorted home by gunmen and told not to return to work.

The Taliban also issued a statement on women’s rights in Afghanistan — saying they plan to respect women’s rights “within the norms of Islamic law.” But so far, we’re not seeing much of that happening in...

Meanwhile, some Afghan women have marched through the streets, shouting and waving signs demanding equal rights and women in government. Others posted pictures of themselves wearing colorful traditional dresses on social media — protesting the new hijab requirements in school. But they’ve been met with violent retaliation from the Taliban — including beatings, whippings, tear gas, and threats of gunfire.

Here are some ways to help…

The Taliban essentially eliminated women’s rights when it controlled Afghanistan before 2001. But in the past 20 years, women made huge strides in the workforce, education, and saw more recognition for their voices. Now as the Taliban returns to power, women are once again fearing for their lives and freedom. And are being left to figure out just how far their rights will be set back under the “new” regime.

Updated on Sept 15 – Updated to include the latest Taliban restrictions against women.