How To Have a Healthy Sex Life: Orgasms, Safety, and Your Brain 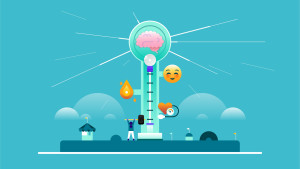 The Story
There’s a lot more to sex than...just sex.

Are we about to have “the talk”?
Sort of. We’re here to remind you that sex doesn’t just impact your physical body but your brain and emotions, too. Meaning healthy sex actually can be good for you.

Ok, let’s talk about sex, baby.
One more thing: We’re not medical professionals. You should always consult a therapist or physician to talk about your specific sexual health needs. And FYI: Many sex studies we reference are focused on cisgender women, but the findings could apply to all people with vulvas.

What’s icing sex out?
Here’s what could be keeping it from being (s)exceptional.

What else do I need to know?
The less sexy part of sex: Staying safe.

theSkimm
A healthy sex life is about more than just doing it. By communicating your needs, getting to know yourself, and making time for it, you’ll kick your sex life up a notch and reap some serious health benefits too.

theSkimm consulted with Dr. Staci Tanouye for this guide.