What To Know (and Do) If You’re Questioning Your Sexuality, According to an Expert 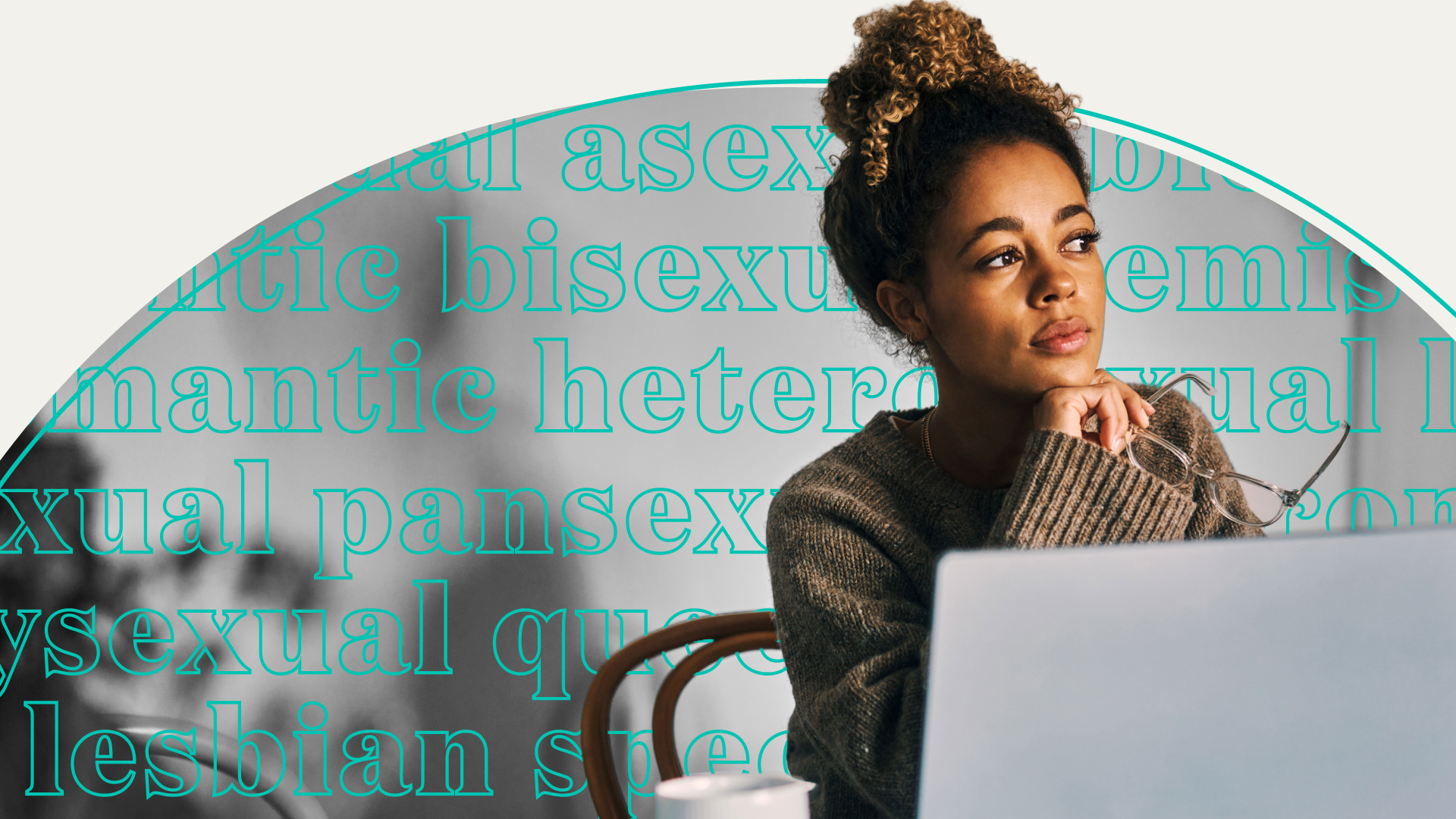 ICYMI: Sexuality is a spectrum. Where you fall on that spectrum can be fixed or fluid. And either way, chances are it won’t look exactly the same for you as it does for anyone else.

Questioning your sexuality can be confusing and even frustrating. And it can take a long time to come to terms with how you identify. No matter how — or when — you arrive, figuring out where you land on the spectrum can be beyond rewarding. But you might be wondering where to start.

To break down what sexuality is, the different types, and what to do if you're questioning your own, we spoke with Emily Jamea, a licensed professional counselor and sex therapist with the American Association of Sexuality, Educators, Counselors, and Therapists. Hint: Try not to judge yourself. And there's no rush.

Quick history lesson. Back in 1948, sexologists Alfred Kinsey, Wardell Pomeroy, and Clyde Martin developed the Heterosexual-Homosexual Rating Scale — more commonly known today as the Kinsey Scale — in an attempt to quantify a person’s sexuality. The scale was based on subjects’ sexual history. And scores ranged from 0 (exclusively heterosexual) to 6 (exclusively homosexual) with an additional category of “X” (no sexual experience or reactions to sexual stimuli).

But surprise: In the nearly 75 years since its inception, the Kinsey Scale has grown outdated when it comes to addressing sexuality. In its place, some orgs like The Trevor Project, a nonprofit focused on suicide prevention in LGBTQ+ youth, have come out with alternative ways to help people figure themselves out. Enter: The Spectrum. It accounts for biological sex, gender identity, gender expression, gender presentation, and sexual orientation. And notes that each of these elements can be fluid. All aspects of sexuality that the Kinsey Scale never considered.

What are some different types of sexuality?

The list is constantly growing and changing. (Just ask the alphabet mafia.) Which makes sense. Because there are a lot of constraints and complexities when it comes to the language we use to describe sexuality. Even the term LGBTQ+ had to add the “+” to represent all those whose letters didn’t make it into the acronym — like pansexual, demisexual, sapiosexual, skoliosexual, and more. Because sometimes the labels we use can put people into boxes they don’t necessarily fit into.

What does it mean if I’m questioning my sexuality?

It could mean a lot of things, according to Jamea. For instance:

“Simply put, it means you’re human,” Jamea said. “We cannot separate our sexuality from our individuality. As we mature, the beliefs and values we have about the world and our role in it begin to take shape. That includes our sexuality.”

Questioning your sexuality does not mean that:

“Questioning your sexuality is also a healthy sign of maturity and self-awareness,” Jamea said. “It demonstrates that you're practicing discernment towards the culture, family, or institutions that you were brought up in.”

What if I’m questioning my sexuality later in life?

There’s no timeline when it comes to unraveling your identity, sexual or otherwise. Whether you’ve been questioning since childhood or have just started exploring your sexuality in your 30s or 40s, you deserve to give yourself space to examine who you are and what you want.

“It can feel both terrifying and liberating to question your sexual orientation at an older age,” Jamea said. “On the one hand, you might worry that longtime friends and coworkers may no longer accept you. But on the other hand, it can feel amazing to express yourself more authentically.”

Speaking of coworkers. In terms of navigating your evolving sexual orientation at work, Jamea reiterated that you don't owe anyone an explanation. “You reserve the right to maintain a sense of privacy about your personal life,” she said.

If you’re comfortable sharing the questions you’re having with your friends, Jamea recommends doing so. “The best thing to do is surround yourself with people who love and support you,” she said.

What should I do if I’m questioning my sexuality?

Do your best to ignore any shame-filled Qs that might come up. And try to focus less on defining yourself and more on figuring out what feels true to you.

“Resist the urge to immediately label yourself,” Jamea advised. “It's wonderful that we have such a broad understanding of the rainbow of sexual orientations, but don't let that create pressure to categorize yourself too quickly.”

Instead of “What am I?” maybe ask yourself:

Talk to other people in the LGBTQ+ community.

It can be validating to hear someone else share how they grappled with the same questions you’re currently exploring. And they may be able to offer insights about what helped them when they started their journey. Just make sure you’re in a safe space where you feel comfortable being honest about your sexuality, especially if it’s your first time opening up.

Pro tip: If talking to people IRL feels scary, consider online spaces to start (sometimes typing is easier than talking about it). “As dark as the Internet can get around sexuality, it has also shed so much light on the fact that there are others out there just like you,” Jamea said. “Finding a home in a safe online community can help you understand yourself through the questioning process and give you the sense of community you need.”You can check out apps like Out or Lex to figure out where you feel most comfortable opening up and meeting new people.

If you have often found yourself wishing that you could be a part of the LGBTQ+ community, ask yourself why that might be the case. Do you just want to be a part of a trailblazing community that’s diverse, inclusive, and welcoming? Or is it because on some level, you really want to be with men/women/nonbinary people/all of the above/none of the above?

“Give yourself permission to allow time and experience to shape your identity,” Jamea said. “Remember to practice self-compassion and surround yourself with people who support you wherever you are on your journey.”

What if questioning is my sexuality?

Questioning is a real, lived identity that many members of the LGBTQ+ identify with. You can identify as questioning temporarily or permanently — whatever feels best to you.

“Questioning, in part, means you may explore a variety of thoughts, feelings, and behaviors before finding a pattern that feels good,” Jamea said. “Remember that some people question themselves their entire lives — and that's OK. Just as our thoughts and feelings about other things may evolve, so too may our sexuality.”

And remember: Language is your friend. If questioning feels like the right term, stick with it. Or maybe you prefer fluid or curious. It’s all up to you.

If you’re questioning your sexuality, you’re far from alone. There are so many types of sexuality out there and they’re all valid. So feel empowered to explore and experiment. It can help you figure out new things about what you do and don’t like. And it can offer you more insight into who you are and how to be the most authentic version of yourself.