High-Functioning Depression: How a Debilitating Illness Gets Overlooked 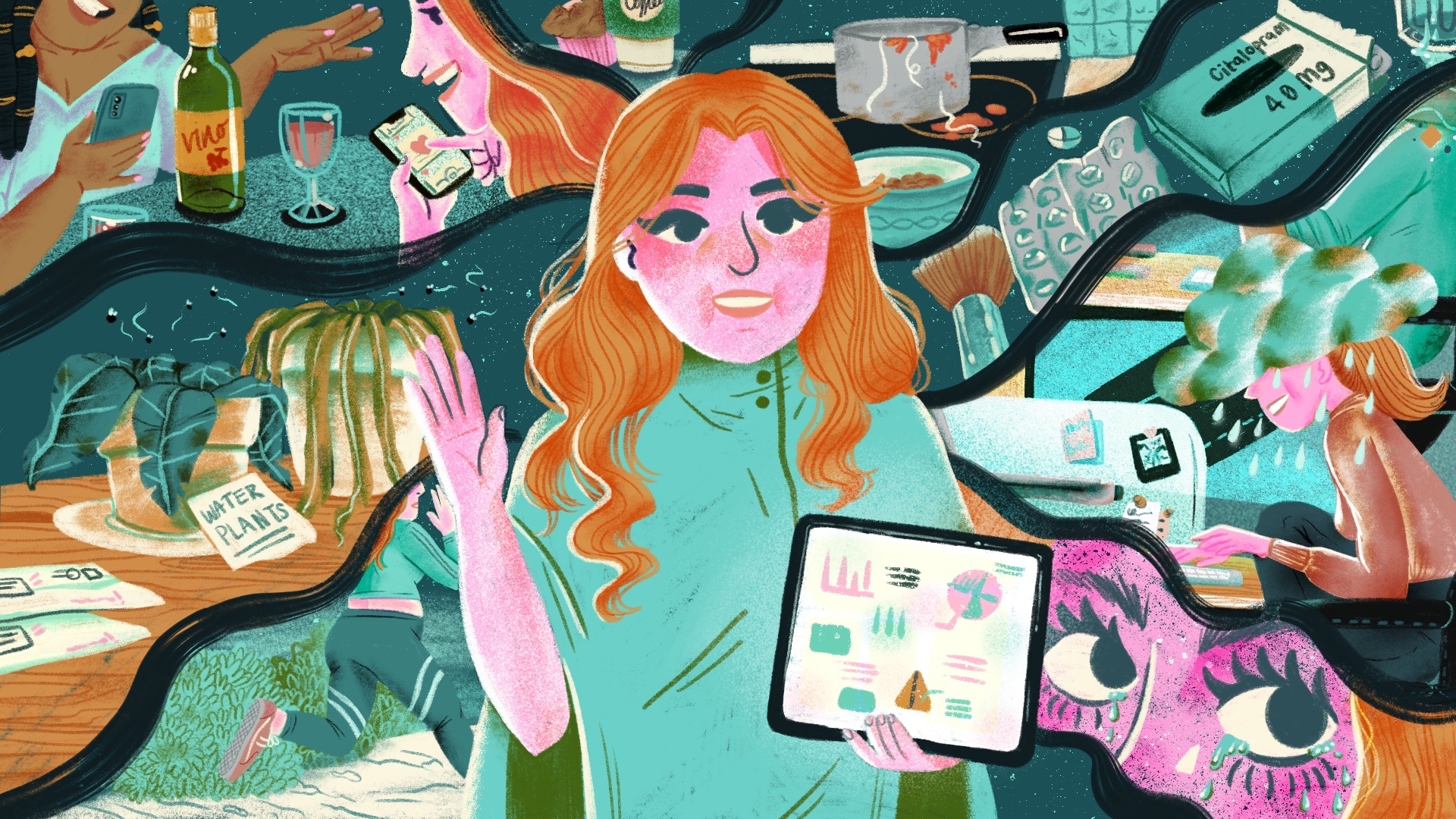 More than half of the women who responded to a recent national survey reported depressive symptoms. So it’s time we had a real talk about depression. Because it’s a broad term and encompasses many different challenges and experiences. Among them: appearing well but silently dealing with “high-functioning depression.”

That term became a popular one this year after Miss USA 2019 Cheslie Kryst, who was also an attorney and social justice advocate, died by suicide in January. Kryst’s mom said that her daughter hid her high-functioning depression "from everyone — including me, her closest confidant — until very shortly before her death.”

Depression can be an invisible illness. So we called up licensed counselor Amanda E. White to discuss it out loud. She told us what high-functioning depression is, how to know if you have it, and when to seek help.

What is high-functioning depression?

It’s actually not a clinical diagnosis. Aka not something you’ll find in the DSM-5, a manual that mental health professionals use to make diagnoses. And some medical professionals disagree on the meaning of high-functioning depression. But according to White, sometimes it makes sense to use the term.

“Although it's not an official diagnosis, I think it can be helpful because we sometimes think depression looks very specific,” White said. Think: being unable to get out of bed, missing work. But that’s not always how depression manifests. And the term “high-functioning depression” acknowledges that, she said.

What are signs and symptoms of high-functioning depression?

They’re the same as any kind of depressive symptoms. But saying “high-functioning” implies that the person is seen outwardly as totally “fine”…or even super successful, productive, and potentially a perfectionist. Here are some examples of what someone might be dealing with on the inside:

When is it time to seek help for depression?

The biggest red flag, according to White, is suicidal thoughts. But instead of trying to push dark ideas aside, it’s important to talk them out. She said there’s this “unfortunate belief” that if you talk about suicide, it makes you more likely to attempt suicide. “And that’s completely false.” Instead, sharing with a psychiatrist or a therapist — who may be trained to evaluate risk — can be much more helpful for working through those feelings. Rather than staying quiet and feeling shame about your thoughts, White said.

And if you regularly experience any of the other symptoms above for a while — maybe about a month — it could be time to get some help, she added.

According to White, “the weird thing about depression” is that it can be hard to recognize. “Like a frog in boiling water, it happens slowly.” And although TikTok and other forms of social media have started to help normalize conditions like ADHD and autism, stigma around depression remains. Which can make it harder to talk about, identify, and treat, especially when the person experiencing it seems fine from the outside.

How can you get help for — and manage — depression?

Regardless of how outwardly obvious or disruptive your depression is, you deserve to get help and feel better. Ideally, you’d want to talk to a therapist or counselor (like White) or a psychiatrist (particularly if you think medication could be helpful) to get started on a path to recovery. If you need some assistance with finding the right person to talk to, ask your PCP to refer you. But if you can’t talk to a professional right away — whether that’s because finding the right one is inaccessible or you’re just not up for it — opening up to a loved one can be a good first step, White said.

And she offered this advice for managing your depressive symptoms: Remember that your mental health and physical health are connected.

“I tell my clients that when they're having hard mental health days to really treat themselves like they're physically sick,” White said. That could mean taking breaks during the day, making sure you’re eating enough food, drinking plenty of water, going to bed early, wearing cozy clothing, putting on a comfort TV show, etc. Overall, “be kind to yourself,” she said.

Depression still has a stereotype and stigma in our society, which might make it hard to identify. But know that if you’re dealing with depressive symptoms, you’re not alone. And that talking things out with a loved one or a professional can help you get on the right track.

If you or someone you know is struggling with suicidal thoughts, call the National Suicide Prevention Lifeline at 1-800-273-8255. Note: Starting July 16, 2022, the new national number for the Lifeline will be 988.