Thinking About ‘Getting Your Tubes Tied?’ What You Should Know 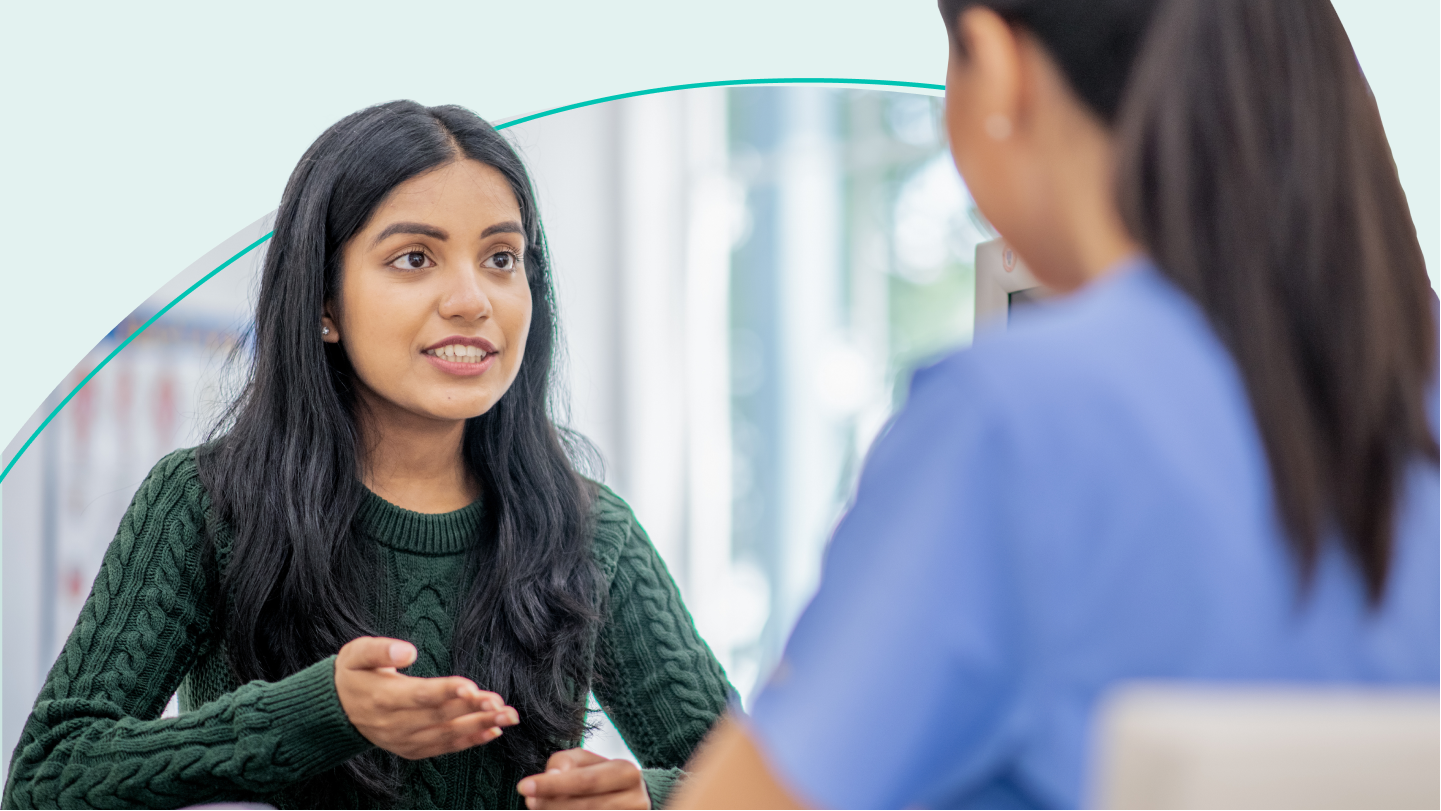 Since Roe was overturned, trigger laws prohibiting abortion have already gone into effect in several states. This has left some people — particularly those who are childfree by choice or have completed families — worried about their future access to abortion. So they’re considering a new measure: a more permanent form of birth control.

Some have already moved beyond the consideration phase. Even in places where abortion remains a protected right, there seems to be an uptick in interest around sterilization options (see: vasectomies and tubal ligation) and long-term birth control. That’s according to the physicians we talked to:

We asked Dr. Addante and Dr. Najari all about long-term birth control: the process, the types, and how to determine whether one could be a fit for you. Because we figured it was a good time to Skimm the contraceptive methods out there for people who don’t want a baby in the next five years — or ever.

Sterilization. Aka surgery to prevent babymaking. There are two types.

How it works...You might’ve heard the phrase “getting your tubes tied.” The “tubes,” in this case: your fallopian tubes. And if you need a refresher on the reproductive system, those are the pathways that an egg takes from the ovary to the uterus. During its journey, it may get fertilized and then implant on the uterine wall. With tubal ligation, a woman’s fallopian tubes are blocked, cut, or — what Dr. Addante says she sees most often in her practice — removed. “If you imagine it as a tunnel, we’re just trying to find a way to disconnect the tunnel,” she said.

Who it's best for...Someone who knows — with certainty — that she doesn’t want to have any (more) kids. Because it’s not meant to be reversible. It’s also effective immediately. And FWIW, removing the entire tube (called a salpingectomy) may lower the risk of ovarian cancer, according to the American College of Obstetricians and Gynecologists (ACOG).

Things to know...As is the case for all birth control options: Tubal ligation doesn’t work 100% of the time. But the chance of pregnancy is rare (think: less than 1%). And that’s according to the latest data available, which is more than 20 years old. So the effectiveness rate could be even higher today. Something to keep in mind: Compared to a vasectomy, tubal ligation is more invasive and expensive.

How it works...It’s the only kind of safe long-term birth control option that’s available for men. And it’s effective more than 99.9% of the time, Dr. Najari said. A vasectomy works by preventing sperm from getting into the semen. The procedure involves a small puncture or incision in the scrotum, to cut and seal a small part of the vas deferens (the usual exit route for sperm). After a vasectomy, the sperm instead get absorbed back into the body, as they would anyway if a man didn’t ejaculate.

And before you ask: Sperm only comprises about 2% to 5% of normal semen, and a vasectomy shouldn’t interfere with a man’s sexual function, Dr. Najari said.

Who it's best for...Also someone confident about his decision not to have any (more) kids. Unlike most tubal ligations, a vasectomy typically doesn’t require general anesthesia (just local anesthesia) and can be done right in the doctor’s office, Dr. Najari said. Plus, it can be the most cost-effective form of contraception. (Read: It’s often covered by insurance, and requires fewer medical resources.)

Things to know...Like tubal ligation, it’s meant to be a permanent procedure (though vasectomy reversals exist). But, unlike female sterilization, it typically takes about three months before it becomes maximally effective (and the sperm count hits zero).

What’s a reversible birth control that works for several years?

An intrauterine device (IUD). That’s a T-shaped contraceptive that goes into the uterus (hence the name) and has a failure rate of 1% or less. And if you prefer abbreviations, you can say it’s ‘a form of LARC (long-acting reversible contraception) called an IUD.’ There are a few IUD options, and each has different FDA limits for how long it should stay inserted. All IUDs are inserted by a doc through the cervix and into the uterus. And you can take them out any time that you decide you want to have a baby (hence the LARC designation). Let’s review.

Some IUDs are hormonal and release levonorgestrel — the same hormone used in a lot of birth control pill formulations and Plan B. Progestins like levonorgestrel work by thinning the lining of the uterus and thickening cervical mucus. Important, because thicker cervical mucus prevents sperm from traveling to an egg, and a thin uterine lining stops that egg from implanting in the uterus. Note: Depending on when in your menstrual cycle you have it inserted, it might be a week before you can rely on the IUD as your primary birth control. There are three kinds that you can leave in for five or more years.

Up to eight years… Mirena

That’s the FDA recommendation as of August (the agency just extended it one year).

Up to six years… Liletta

It came out years after Mirena, but is “basically Mirena’s twin,” Dr. Addante said.

Up to five years… Kyleena

It’s a few millimeters smaller than the other IUDs and has the lowest dose of hormones, Dr. Addante said. FYI: If you just want three years of birth control, you could also consider the Skyla IUD (another device with a “Disney fairy sister” name, as Dr. Addante put it) or an arm implant.

It works — and works immediately — because copper is toxic to sperm. So it could serve as emergency contraception. And it might be a fit for someone who’s avoiding hormones for any reason. There’s just one FDA-approved copper IUD at the moment, and it can stay inserted the longest of all the IUDs.

Note: Some people find it makes their periods heavier and more painful, Dr. Addante said. Compared to the hormonal versions, which she said typically make periods lighter and shorter.

If I’m childfree by choice and relatively young, will I have trouble accessing long-term birth control?

The official stance of ACOG is that all patients — regardless of age and whether they have kids — are candidates for tubal ligation.But not every doctor will be willing or able to perform the surgery. And note: Some state lawmakers have proposed legislation banning the use of contraceptives like IUDs. But birth control remains legal everywhere in the US.

“It’s really common, especially for younger people, to be told they can’t [have long-term birth control],” Dr. Addante said. Some doctors won’t perform the procedures for personal reasons. And there are religiously affiliated hospitals that prohibit sterilization entirely. “When I did my residency training at a Catholic hospital in St. Louis, we were not allowed to offer our patients tubal ligations.”

Men can get turned away, too, Dr. Najari said. “I do hear from people that they’ve gotten pushback from providers because of age or lack of children.” Sometimes, it’s because providers are worried patients will regret their decision to not have kids. But Dr. Najari co-authored an analysis on men who’d gotten vasectomies that found child-free men didn’t express a higher rate of regret when compared to dads who had vasectomies.

Dr. Addante’s advice: “If one provider tells you no, go to somebody else.”

What will this cost me?

That all depends on whether you have insurance, and what kind of coverage you have. A number of plans fully — or mostly — cover IUDs and sterilization. Out of pocket, a vasectomy or an IUD might cost between a few hundred dollars to around $1,000, and a tubal ligation as much as $6,000.

If you don’t want any (or any more) kids, it might make sense to consider an IUD or sterilization. Because it could be cost-effective in the long-term (think: no more pills or condoms). And, as Dr. Addante put it, you’d be able to “set it and forget it.”