Daily Skimm: This Week In Politics, Utah Drilling and Mining, and 'Breakup Boxes' 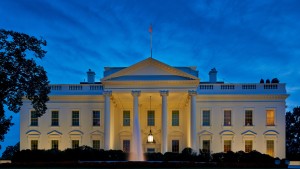 WHAT A YEAR THIS WEEK HAS BEEN

It’s been one hell of a week for politics.

Walk me through what happened.

First, let’s start with the Iowa caucuses on Monday. President Trump won on the Republican side, but there’s been quite the delay on the Dems’ side. The state’s Democratic Party acknowledged that a coding issue with a spanking new app used to track the votes only partially reported the results. Last night, 100% of precincts were reporting.

Reports show former South Bend, IN Mayor Pete Buttigieg (D) carrying a razor-thin lead over Sen. Bernie Sanders (I-VT). But the Associated Press won’t call the results because of “irregularities” with this year’s caucuses, saying it’s “not possible to determine a winner at this point.” That comes as Democratic National Committee Chairman Tom Perez has called for a recanvass in the state – a double-check of the math at more than 1,600 caucus sites. Candidates also have until 1pm ET today to push for a recount. In other words, we still can’t say with confidence who won Iowa.

Right. Keep in mind, Iowa is one of a handful of states to hold caucuses, instead of a primary system. And because of history, tradition, and apparently some political conflict, Iowa’s been up first. But after this week’s mess, some are ready to say ‘bye-owa’ to the state’s primetime slot in the election cycle. Such a change may not be out of the question but would require the DNC to pressure Iowa to follow a new calendar – which hasn’t really changed since 2008.

Yup. But that’s not all this week had in store. On Tuesday, Trump gave his State of the Union address. On Wednesday, the Republican-majority Senate ended Trump’s impeachment trial, acquitting the president nearly two months after the Democratic-majority House voted to impeach him on charges of abuse of power and obstruction of Congress. Soon after the Senate’s vote – almost entirely along party lines – hundreds apparently gathered at the US Capitol to protest.

What do you mean by “almost entirely”?

Sen. Mitt Romney (R-UT) became the first senator to vote to remove a president of his own party from office. He sided with the Dems on the abuse of power charge. Which – as you can imagine – didn’t sit well with Trump. He addressed the nation yesterday and had a lot to say. Including calling House Speaker Nancy Pelosi (D-CA) and Rep. Adam Schiff (D-CA) horrible and vicious people. And thanking his family for “sticking through it.”

With nine months left until the election, the political climate continues to show us how divided the country is – even within political parties. And it’s only the beginning.

Where the gov is making changes…

Utah. Yesterday, the Trump admin gave the final ‘ok’ to more drilling and mining there. The decision comes more than two years after the admin significantly cut down the size of two national monuments to allow drilling and mining for things like oil, gas, and coal. But tribal groups and conservationists have continuously tried to challenge the changes, and have argued that this move will affect sacred lands that contain cultural artifacts. The changes are going into effect while the cases are reportedly pending.

New York. Earlier this week, the Department of Homeland Security said it’s temporarily blocking New Yorkers from enrolling in Global Entry and other traveler programs. It said the changes are in response to NY’s “Green Light” law – which allows undocumented immigrants to get driver’s licenses, and apparently makes NY the only state to bar immigration officials from getting access to DMV information. Officials said the law keeps them from protecting against “threats to national security and public safety.” But critics called the decision a political stunt.

Qassim al-Rimi. Yesterday, the White House confirmed the leader of al-Qaeda in the Arabian Peninsula was killed in an airstrike in Yemen. And that Rimi – who worked for Osama bin Laden in the ’90s in Afghanistan – had sought to carry out attacks against the US and its forces. Most recently, Rimi had claimed responsibility for last year’s deadly shooting at Naval Air Station Pensacola. His death follows the US killings of other Middle Eastern leaders including ISIS leader Abu Bakr al-Baghdadi and top Iranian commander Qasem Soleimani.

The coronavirus. Over 31,000 people have been infected and at least 638 people have now died from the virus, including a Chinese doctor who was among the first to raise concerns about the outbreak. Authorities in China have completed construction on two makeshift hospitals to combat the pneumonia-like virus. But the virus has shown no signs of slowing down.

Skimm This: Our daily podcast ep explains how the coronavirus outbreak is causing a global shortage of protective face masks.

What’s got people singing ‘on the road again’…

Uber. Earlier this week, California gave the ride-share company the stamp of approval to start testing self-driving cars on the road again. Operations had been paused two years ago after one of Uber’s self-driving cars was found responsible for a pedestrian’s death.

Psst…Uber isn’t the only one working to get AVs and SDCs (that’s autonomous vehicles and self-driving cars) on the roads. Here’s what robot chauffeurs could mean for your wallet.