"Anarchist Jurisdictions," RBG's Funeral Service, and The 2021 Swag We All Need | theSkimm
Subscribe

Daily Skimm: "Anarchist Jurisdictions," RBG's Funeral Service, and The 2021 Swag We All Need 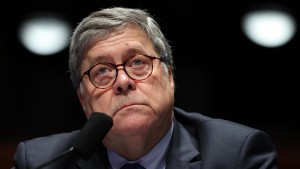 The Justice Dept is cracking down on several Democratic-led cities.

NYC, Seattle, and Portland, OR. A few weeks ago – amid months of nationwide protests against police brutality and racial injustice – President Trump asked the DOJ to ID certain cities that should be reprimanded for how they've handled things. Yesterday, the DOJ labeled NYC, Seattle, and Portland as "anarchist jurisdictions." This is part of the Trump admin's latest effort to stop "lawlessness" across the country. And this time, it could involve money.

The three cities could face cuts in federal funding. The DOJ criticized them for defunding police departments, restricting police from restoring order, or refusing to accept federal law enforcement's help. And it called out specific examples like NYC's increase in the number of shootings, Seattle's occupied protest zone (aka CHOP), and Portland's 100 consecutive nights of protests. Now, the DOJ's saying it won't allow tax dollars to go to waste when safety "hangs in the balance," unless these cities get serious about law and order.

The three mayors called the DOJ's move "thoroughly political and unconstitutional." Experts say the president can't pick and choose which cities are cut out since Congress determines how funding is distributed. This isn't the first time the admin's threatened to cut funding from cities (see: sanctuary cities). And while federal appeals courts have ruled against the federal gov, another legal battle could be brewing.

With this latest move, Trump has renewed his push as the "law and order" president and candidate in 2020. But the protests he's long denounced have been mostly peaceful (read: 93%) and didn't just happen in these three Democratic-led cities: they also took place in swing states (like Minnesota and Wisconsin) – which has some thinking this may be more about strategy than fighting "anarchy."

Justice Ruth Bader Ginsburg. Starting tomorrow, the public can pay their respects to the late Supreme Court justice, who'll lie in repose at the courthouse until Thursday. On Friday, she'll lie in state at the US Capitol – the first woman and second Supreme Court justice to be given that honor. RBG will then be laid to rest at Arlington National Cemetery next week. Out of respect, President Trump says he'll announce his Supreme Court nominee at the end of the week, once the services are over.

Who's back at it again with the reversals...

The CDC. Since the COVID-19 pandemic began, hundreds of scientists and the WHO have acknowledged that the virus may spread through tiny particles in the air. The CDC hadn't gotten on the bandwagon until last week. It updated its website to say there's growing evidence the virus could be transmitted through "droplets and airborne particles" in the air that can travel farther than six feet, and that good indoor ventilation is crucial in preventing the spread of the virus. But yesterday, it pulled that guidance, saying that a draft was mistakenly posted online. This is the most recent revision the CDC has made since May (see: this and this), which has some questioning the agency's reliability.

What's made an important discovery...

Botswana. For months, hundreds of elephants have been found dead there. And conservationists couldn't figure out why...until now. Officials say the elephants died from toxic algae in waterholes. And that climate change is making these toxins worse as water temperatures get warmer. They now plan to monitor waterholes to make sure this doesn't happen again.

Ellen DeGeneres. Yesterday, the talk show host publicly addressed reports of a toxic workplace for the first time. Her show had been under investigation after there were allegations of workplace harassment, intimidation, and discrimination. She apologized to those who were affected and took full responsibility for everything that had happened, saying that the show is starting "a new chapter." But not everyone is buying it.

This calendar and these emojis.