2020 Democratic primary debates: How to watch and what to know 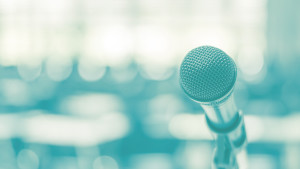 Polish off your best zingers. It's debate season for the 2020 Democratic primary.

A lot. There will be 12 debates between Dem candidates leading up to the primaries next year. Yes, 12. There are so many people in the race (that’d be 24) that the early debates will be split up over two nights. The first debate is a party in the city where the heat is on.

All night on the beach ‘til the break of dawn.

Welcome to Miami. NBC/MSNBC/Telemundo is your host. Mark your cal for June 26 and 27 (psst...theSkimm app calendar will do this for you). 9pm ET. No TV? No problem. You can watch online on NBC, MSNBC, or Telemundo. 10 candidates will debate each night. The lineup was chosen at random.

So by my count, four people will be left out.

Correct. The Democratic National Committee set qualifying standards for making it to the debate stage. And capped each debate at 20 candidates.

Who made the cut?

June 26 aka Night One

Tell me more about this qualifying business.

In order to take the mic at the early debates, candidates have to meet one of two thresholds. One: register 1% or more support in three polls. Or two: receive cash money from 65,000 donors, with 200 donors per state in at least 20 states.

Wow ok. Where is this coming from?

Did we mention how many people are running? The rules also seem to be designed to emphasize grassroots fundraising at a time when more candidates are swearing off corporate donors. But wait, there’s more: the rules are getting even stricter for the later debates.

Starting this fall, candidates will have to notch 130,000 unique donors and register 2% in four polls. Some people are not happy, saying the rules are arbitrary, could force candidates to overspend on advertising in order to get enough donors, and ultimately aren’t a good measure of whether someone would, you know, be a good president.

Rules are rules I guess. Where’s the GOP in all of this?

President Trump is running for a second term. He has one challenger – former Massachusetts Governor Bill Weld. Spoiler: his chances aren’t great. Sorry Bill. And the party reportedly doesn’t plan to hold any primary debates ahead of 2020.

Got it. You mentioned 12 debates earlier. When are the others?

CNN hosts the second debate in Detroit. July 30 and 31. The third debate is September 12 and could possibly extend to the 13th. It will be hosted by ABC and Univision. TBD where.

Debates are a significant moment for candidates to speak directly to voters, and for voters to see how the candidates handle themselves under pressure (see: Rick Perry’s memory circa 2011). This time around, the Democratic field is the largest and most diverse ever. And the debates could be a major factor in whether a candidate breaks away from the pack...or fizzles out.