Fracking: What is it and why it's controversial | Skimm News | theSkimm 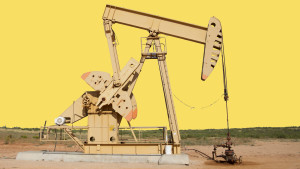 Fracking’s the controversial way the US produces oil and gas at home. It involves shooting water, sand, and chemicals into the ground to free up the natural gas and oil buried in there. Like a facial for rocks. It’s been going on for decades, but drilling technology

in recent years has made fracking much more prevalent in the US. This has

the domestic oil supply, and

Yay. Why the controversy?

. There’s evidence that fracking causes earthquakes. In 2015, geologists in

said quakes are way up in recent years -- and that’s mostly thanks to the state’s fracking. Meanwhile, the chemicals used in the process can

That fracking’s produced tens of thousands of

across states like TX, ND, PA, CO, OK, VA. That it’s actually good for the environment, since it decreases our reliance on

That no amount of oil can justify this

F-you to the environment

. That there’s not enough research, and we have no way of knowing the long-term effects. That we do know that fracking has already caused earthquakes across the US. That the process uses up way

and then produces way

too much dirty, dirty water

. And hellooo, shouldn’t you be focused on developing

with significant fracking abilities to ban the practice because of environmental concerns. Big deal, since there’s a lot of frackable rock under New York. The feds followed suit and Obama introduced a rule to limit fracking on public land. But the Trump administration

Fracking’s completely changed the US’s energy industry. And the US is on track to make 2018