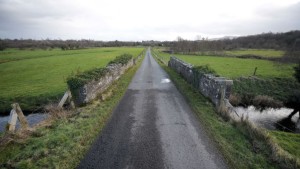 Brexit negotiations have been going on for over two years. One major holdup: What to do about the Irish border.

I’m sensing this is a story about religious tension.

Correct. In Northern Ireland, the Catholic minority felt they were being undermined by the local governments and police. And in the late ‘60s, they started staging civil rights protests that led to clashes with police. This kicked off decades of violence known as the Troubles, with fighting between Catholic and Protestant paramilitary groups, and clashes with British troops deployed to the area. Border checkpoints were frequently attacked. More than 3,500 people were killed in bombings, shootings, and other incidents. Skimm Notes gets into what this period was like.

So how did things end?

The tension never really subsided. To this day, many Catholic and Protestant neighborhoods in Northern Ireland are separated by fencing or walls. More than 90% of kids attend predominantly segregated schools. The area's history has made Brexit negotiations very (very very) complicated. Right now, the land border Northern Ireland and Ireland share is open and allows for the free movement of goods and people. Brexit means that could change. But there’s a lot of fear that bringing back a hard border will revive violence in an area where the peace is fragile.

So what’s the solution?

There’ve been a few proposals. Former Prime Minister Theresa May proposed that the UK would leave the EU, but remain part of the EU’s customs union and single market until the two sides negotiated a long-term trade deal that avoided setting up checkpoints along the Irish border. If they couldn’t reach a deal in a certain amount of time, the backstop would kick in. It meant that the UK would be tied to EU trade rules, potentially indefinitely.

About that. Pro-Brexit lawmakers – who under no circumstances want to remain part of the EU – voted down May’s plan. Three times. And she ended up resigning. Now it’s up to Prime Minister Boris Johnson to get Brexit done.

It keeps Northern Ireland as part of the UK’s customs territory. But it would still have to follow some of the EU’s trade rules. Although after a certain period, Northern Ireland lawmakers would be able to vote on whether to keep doing this. Still, some don’t like the plan because it treats Northern Ireland differently from the rest of the UK. UK Parliament eventually agreed in principle to Johnson’s deal but not to his fast-tracked timeline. Meaning the UK likely won’t leave the EU by the Oct. 31 Brexit deadline. Instead, Johnson requested a three-month extension. The EU agreed on a delay, but it’s not clear how long it’ll be. In the meantime, Johnson is calling on Parliament to approve an early election in December, in exchange for more time to read over his Brexit deal. He’s hoping that an election could give him more support to get his deal done.

Team Back to Reality, which includes Johnson, says that this plan is ideal because it keeps Northern Ireland in the UK’s customs territory. That once the UK leaves the EU, the reality is that checkpoints of some sort will have to be introduced. But they don’t have to be at the border (think: in the Irish Sea).

Team That’s Not Gonna Work for Us, which includes unionists, says Northern Ireland is part of the UK and it’s “disgraceful” to treat it differently from the rest of the UK. And that these new rules would mean the territory has to jump through extra hoops to trade with its own country.

It’s been over 20 years since the peace agreement that ended the Troubles. But Brexit negotiations have reminded the world what many Northern Irelanders have never forgotten: that the legacy of that violence still hurts. And that for all its global implications, Brexit also threatens to reignite a painful history on its home turf.