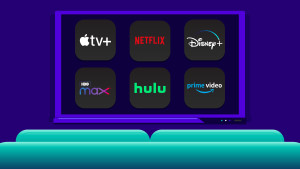 Team Having Flashbacks says that there are some benefits to these services, like high-quality content and interactive storytelling. But that we’re going back to what we were trying to escape: expensive bills and too much to watch. That concepts like bundles (for example: getting HBO with your Hulu account) are essentially cable under different branding. And that companies have another motive: to expose users to their ecosystem of services and products (like iPhones) and take more of their money.

Team Keep Up With The Times says that traditional TV is out and streaming services are in. That the truth is, these platforms have much better content than broadcast and cable TV. And that the concept of tuning into a show with commercials at a set time once a week is outdated.

-The number of households with traditional TV is dropping fast. Reports say 19% of households cut their cable this year. And that number is supposed to reach 25% by 2022.

-These services offer compelling stories with big budgets. It’s not unusual for shows to spend millions of dollars to produce a single episode (see: “The Crown” and “The Morning Show”). That's raised the bar for streaming services content across platforms.

-Streaming services have become a major force during awards season. Although not everyone loves that. After Netflix became the first streaming service to be nominated for an Oscar in 2014 (for the documentary “The Square”), it kicked off a debate that’s still going on today about whether direct-to-consumer content should be considered alongside standard movies for Oscars.