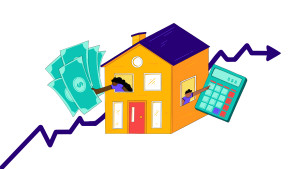 Tens of millions of Americans are unemployed. Presidential candidates are saying ‘here’s my pitch.’

Before COVID-19, the US economy was in its longest expansion...ever. Unemployment was at a record low, there was steady GDP growth, and the stock market hit a number of record highs. Then came a global pandemic, along with stay-at-home orders that brought the US economy to a halt. Since then, the unemployment rate reached its highest level since the Great Depression. Entire industries (think: travel, hospitality, retail) are in jeopardy. And an economic recovery could take anywhere from months to years.

President Trump has made it clear he doesn't want the cure for COVID-19 (staying home, closing businesses) to be “worse than the problem itself.” His admin has released guidelines for governors on when and how to reopen their states. He also signed a $2 trillion economic stimulus bill, among other packages, to help businesses and Americans affected by the crisis.

Former VP Joe Biden has said that the “way you revive the economy is you defeat the disease.” He says the US needs to meaningfully reduce COVID-19 case numbers before the economy can reopen. And says the government should "spend whatever it takes" to address the pandemic, including enacting paid leave for all Americans.

Until recently, the economy was the strongest it had been in decades, with key concerns being rising inequality and wage growth. Now, Congress has passed the largest stimulus package in history in order to keep the economy afloat. Here’s more on where the candidates stand: