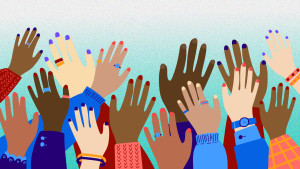 The deaths of George Floyd, Breonna Taylor, Ahmaud Arbery, Rayshard Brooks, and others have sparked massive protests against racial inequality in the US.

Systemic racism – in everything from housing to education to unemployment to health care – is nothing new. Racism within policing and criminal justice in particular have become focal points of activism this year. Police brutality has led to the deaths of thousands of people in the US in recent years, with Black Americans disproportionately killed. Black Americans also receive disproportionately higher sentences in the US and are less likely to receive parole. One study found that 33% of the people sentenced to prison are Black, even though Black people make up about 12% of the US’s adult population.

Those are only the tip of the iceberg for issues facing Black Americans. We get more into the challenges facing racial equality here. And while candidates have their own positions on racial inequality, we can get a sense of how the political parties address the issue by looking at their party platforms. The 2016 Republican Party Platform opposed discrimination based on race and prided itself on being the Party of Abraham Lincoln. The platform also encouraged public officials to “regain control of their correctional institutions,” describing some of these institutions as “ethnic and racial battlegrounds.” The GOP plans to adopt the same platform this year. The 2016 Democratic Party Platform outlined a need “to end institutional and systemic racism in our society.” It also called for the removal of Confederate flags from public properties, closing the racial wealth gap, and included an acknowledgement that “black lives matter.”

Racial inequality dates back to the founding of this country. But due to sweeping protests across the US this year, the issue has become more prominent in this presidential race than in the past. Here’s where the candidates stand: